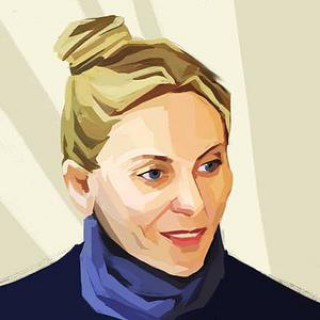 A few weeks ago, I made a long-awaited trip to New York. It was the first after Donald Trump moved into the White House, and roughly a decade after I left the city to return to my native Russia.

When I was living in the United States in the mid-2000s, Russia wasn’t on the radar. I did not see any negative attitude towards my homeland, because there wasn’t even an attitude. Most people couldn’t care. Some were curious, but the curiosity was limited to culture or Putin’s bare chest, borsch or matters of history.

Today, things have changed. The words “Russia,” “Kremlin” and “Putin” are heard everywhere—from random people and on TV; from editors and readers, from friends and family. Every street corner is buzzing with discussions of Putin and Trump, of Trump and the Russian threat. In just a few days visiting, I heard more about Russia than I heard in a year living there.

My first day began with a familiar walk around Manhattan —past the Rockefeller Center, towards Central Park in bloom. It was a sunny Sunday afternoon. Strollers strolled, runners ran, diners dined on restaurant verandas, and street musicians played to their audience. Everybody seemed to be having a good time. Until, that is, you reached Trump Tower.

"There can be no doubt that the election of Trump has returned Cold War complexes and divisions to New York."

Metal crowd-control fences and police protected the tower —something we have come to know well in Russia, of course. A group of protesters was camped out opposite the tower. A tall man with a goatee and glasses was in among them, selling satirical pins and buttons depicting Trump in a French kissy embrace of Putin. The words under the picture said: “Make fascism great again.”

An old man tried to convince the pin seller that the symbols and slogans were too negative. But the seller replied firmly: “Putin is an evil, he and Trump are both fascists.” That same week, former CIA director, John Brennan was testifying before the House Intelligence Committee. The subject of the hearing was whether Russia might have recruited some of Trump’s aides.

To many in New York, the idea made total sense: It wasn’t us, the citizens of the United States, who elected this guy, but Russia’s FSB-KGB finally getting around to enacting a long-planned strategy.

Just like back in Moscow, New York’s Russians are split on the matter of Trump. Some say they are uncomfortable with a president who seeks closer ties with the Kremlin.

Adel Dressner, a first generation American, told me the Russian government was “no friend” of the US: “Russia and the United States have always been arch rivals for power and we are just now becoming more aware of how deep this goes.”

In Brooklyn, the historical home of the diaspora, many people of Russian descent voted for Trump. Even some Soviet dissidents voiced support for the man who seemed to have strong ties with the former Russian security chief. For them, supporting Putin and Trump was all about enhancing feelings of Russian pride.Such attitudes enrage liberal New Yorkers like my friend and Russia culture expert, Beth Morrow.

“Hypocritical is the way I’d phrase it,” Morrow tells me. “Support for Trump means support for the anti-immigrant position, and yet they are immigrants and, what’s more, immigrants who are holding onto their heritage.”

My friend said she found it hard to process the current feelings she had: “I want to blame Putin and Trump for today’s outrageous drama. But the in the United States we have democracy and we must blame our own voters for a tragic result like Trump. I’m betrayed by my own people.”

There can be no doubt that the election of Trump has returned Cold War complexes and divisions to New York. The city is now looking east in a way that it hasn’t for a very long time. A recent Reuters poll suggested that up to 82 percent of U.S. adults now see Russia as a threat.

But as I was walking around the city I couldn’t help but notice another thing: the new, overwhelming levels of wealth. On every corner of Manhattan island, I could see crowds of beautiful healthy-looking people in glitzy new restaurants, enjoying some of the finest meals that the earth has to offer.

I wondered to myself whether the increased obsession with my native lands might eventually swing back into a better understanding of Russia. Whether Americans would figure out who it was that they were so scared of. Whether they come to know the country I know?

That Russia might be an omnipresent military super-power, yes. But it is also a country where every day millions struggle to pay for basic medicine and even food.

Thanks for signing up!
Read more about: United States

Opening Nuclear Talks With Russia, U.S. May Also Be Ending Them

The Trump administration's insistence that China join the New START discussions comes as a red flag to analysts.
diametrically opposed

The Foreign Ministry said Russia, in contrast, gives "priority to using and studying space only for peaceful goals."
Intercepted flight

The escort is the second time in a week that the U.S. has intercepted Russian bombers near Alaska's coast.