Those are not the words of Napoleon. It's what tech entrepreneur Alexei Moiseyenkov wrote on Facebook after Russian Prime Minister Dmitry Medvedev used his newly founded app, Prisma, to rework a photo of a Moscow skyscraper.

Medvedev was but the latest in a line of celebrity users of the app: from supermodels Irina Shayk and Natalya Vodianova to editor-in-chief of liberal radio station Ekho Moskvy Alexei Venediktov. If you live in Russia and haven't yet installed the photo-makeover app Prisma, you're either a luddite, a contrarian, or you don't have an iPhone.

Less than two weeks after its launch date on June 11, Prisma had been downloaded more than 1.6 million times, Moiseyenkov told the TechCrunch website. And for weeks on end it has retained the top stop in app stores in at least six countries, including Russia, and several former Soviet states such as Ukraine and Estonia.

Prisma's concept is simple. Once installed, it allows users to modify their photographs in the styles of renowned artists such as Marc Chagall, or after paintings like The Scream by Edvard Munch or the abstract Transverse Line by Vasily Kandinsky. After the image is reworked, it takes a push of the button to share the result to social media platforms like Facebook and Instagram.

Tapping into the success of platforms like Instagram, which recently hit half a billion monthly users, Prisma can easily be dismissed as the latest gimmick for photo and selfie addicts, of which Russia has plenty.

But while its easy aesthetics has made the app popular with ordinary Russians, Prisma has also excited tech geeks for entirely different reasons. Unlike other photo-modifying services, the app doesn't simply add pre-existing filters to images. Instead, it recreates the image from scratch, using artificial intelligence called convolutional neural networks. The technology means the app "paints" a new image rather than just plastering on a preprogrammed layer. The difference is one that can be compared to "a live translation of a text and an automatic one," prominent Internet entrepreneur Anton Nossik wrote on his blog. 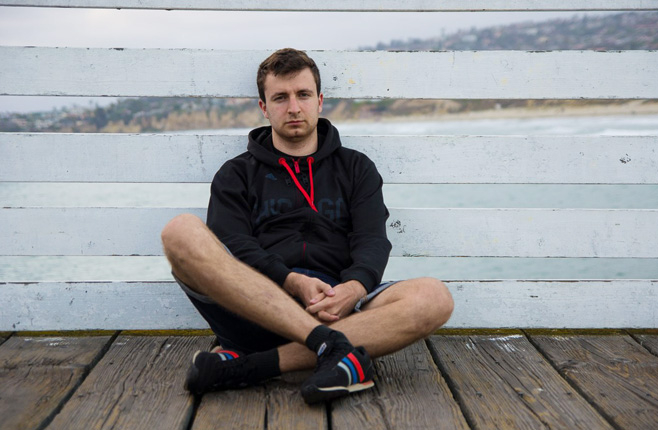 Russian programmer and Prisma creator Alexei Moiseyenkov has said that the app took only 1 1/2 months to develop. The Prisma team has done nothing to promote the app.

Prisma's lightning success is unusual for Russia. Head of Russian lender Sberbank German Gref has famously warned Russia was at risk of "technical subjugation" after falling behind the times. And earlier this month, at the St. Petersburg International Economic Forum, MIT professor Loren Graham summarized Russia's problem in this way: great at invention but terrible at innovation, or using the science to develop a product that can be put to use.

Graham put the problem down to the absence of an economic climate that encourages commercializing science. "You want the milk without the cow!" he famously said. Prisma now seems to buck that trend.

The technology it uses is not new and founder Moiseyenkov has openly admitted to being inspired for his app by existing services. While he hasn't mention any names, one such initiative, a Germany-based project called DeepArt, was launched months before Prisma.

DeepArt and other previous offers have had no way near Prisma's success, however. The reason, Nossik told The Moscow Times, can be captured in two words: user friendliness and speed. Moiseyenkov has been the first to successfully commercialize the technology by capitalizing on existing social media behavior and mobile trends. It is also the fastest such service available — photos are "repainted" within a matter of seconds, rather than the hours required by many of its predecessors. That has been made possible by moving the processing to a cloud on external servers, rather than on users' phones themselves.

By simplifying the technology, Prisma has tapped into a market of billions of app users. "Whoever captures demand," says Nossik, "can become a billionaire."

Another reason why the app has gone viral so quickly is because its user base has become an unpaid advertising army. The Prisma hashtag is optional when sharing a photo to social media. And yet #prisma on Instagram was approaching 500,000 results as fans use the hashtag in order to draw attention to their individual "works of art."

Countries Where Prisma Ranks No. 1 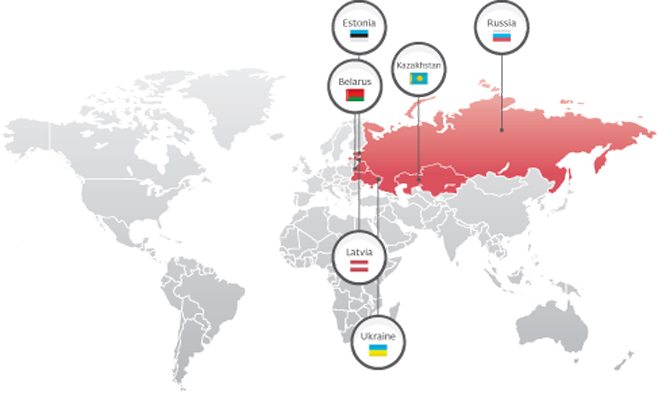 Meanwhile, Prisma is causing a stir in the art world, too. "When Prisma appeared, many modern artists sighed a breath of relief," says prominent gallery owner Marat Guelman.

He says the technology used by apps such as Prisma underline what modern artists have argued for decades. "Now that thousands and thousands of images can be created by a program, it's made clear what we already knew: The creation of a beautiful image is not art," he says.

"People think they know what Van Gogh is because they can see it on their phone, but such apps infinitely distance people from real art," he says. "You remove all subtleties, all shades and say: Van Gogh is what's on your screen."

"What hangs on the walls of museums is an expensive restaurant, and what's on your phone is fast food," he adds.

Three other apps with Russian roots

Luka
Developed by 1,000 Plateaus
It's a natural language recommendation engine that allows users to have a "conversation" with an app on where to go and eat.
Trivia: Luka's founders developed a bot that let users "chat" with deceased tech entrepreneur Roman Mazurenko.

Nimb
Developed by Yekaterina Romanovskaya, among others
It's an app connected to a smart ring with a panic button that allows wearers to alert relatives in threatening situations.
Trivia: The initiative raised more than $150,000 in less than 72 hours on Kickstarter.

Fast food or not, Prisma's success smells of fast money. Already, Mail.ru Group has invested up to $2 million in the app, according to an unidentified source cited by the Vedomosti business daily. Mail.ru is one of Russia's largest tech companies and, incidentally, Moiseyenkov's former employer.

Prisma's compatibility with Instagram could also make a buyout likely in the future. In that case, it would follow in the steps of the Masquerade app, which was taken over by Facebook earlier this year. The Belarussian startup overlays filters over webcam footage, commercializing already existing face recognition software, much like Prisma.

Meanwhile, Moiseyenkov is using the momentum to expand his project to moving images, posting a preview of an artsy video on his Facebook this week.

In interviews, he has admitted that the success of Prisma has come as a complete surprise. According to reports, its user base is growing at such a rate that Prisma is having to expand its server space by 100 percent every day.

According to Andrei Sebrant, marketing director at Russian Internet giant Yandex, Prisma's story is exceptional. But its success lies not so much in technology as attracting so many users without marketing spend, he said in a post on Facebook. "A product that becomes this successful without any marketing is rarer than unique technology, and for that the guys should be congratulated."

Russia’s defense industry has stepped up production of ammunition for the military to use in Ukraine, Sergei Chemezov, who heads the state defense...