It's been a good year for Georgian cuisine in Moscow. Long associated with old school Soviet-era dining, Georgian cuisine has become cool again, with restaurants popping up all over the city and many expanding into full-fledged chains, such as Jon Joli, Khinkalnaya and Khachapuri. A fast-food Georgian cafe then appeared — the Vai Me chain. But now there's a new kid on the block.

Patara means small in Georgian and this newcomer to the Patriarch's Ponds neighborhood at first glance seems just that — yet another little Georgian cafe with average cooking. But look closer and you'll sense a difference. Patara has opted for an edgy, minimalist design with hundreds of spoons hanging from the ceiling — hardly your average Georgian restaurant decor, but the real innovation can be seen in the menu.

First, the familiar pkhali snack — blended vegetables with walnuts and spices — comes arranged on little round pieces of freshly baked bread. There's also a specialty pkhali you're almost certain to have never tried — cottage cheese "nadugi" with tarragon (the assortment platter is 450 rubles). Another unfamiliar dish is the dify (370 rubles), a platter of sliced lavash bread with three sauces — bazhi made from walnuts, feta cheese with red beets and an eggplant dip. Both snacks are complemented beautifully by a glass of Georgian wine. There's a long list to choose from, including a delicious rare "rose" Saperavi (400 rubles). 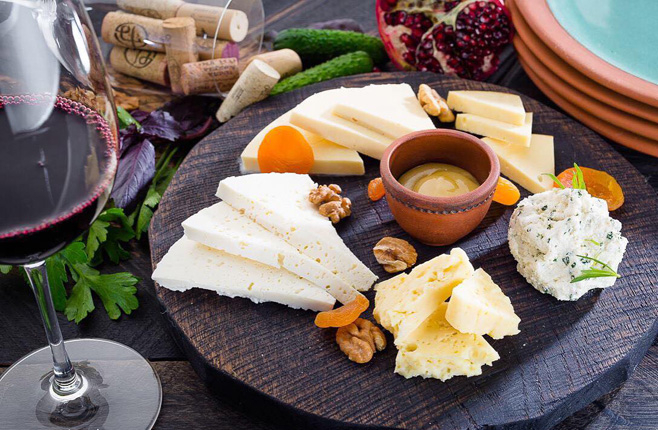 The mouthwatering list goes on. Try chvishtari — fried cheese balls (390 rubles) served with a new take on traditional Georgian sauce adzhika made with mint and matsoni yogurt. It's a sharing dish you will be loath to share. Kharcho here is not the usual thick soup, but rather goulash, served with pomegranate sauce and gomi, the Georgian version of polenta.

If you long for familiar Georgian cuisine, you can still order khinkali and khachapuri. But you won't regret ordering the pkhlovani (370 rubles), layered pastry with suluguni cheese and leek. The atmosphere is still very much that of a welcoming Georgian eatery. A few of the staff members play in a Georgian folk band and might entertain you with a song or two if it's a special occasion — or if you ask nicely.