The Russian budget is facing serious difficulties that have pushed the question of privatization back onto the agenda. Russian assets are cheap at the moment, theoretically making this a good time for buyers but not for sellers.

However, that potentially advantageous devaluation of assets is more than offset by the terrible investment climate in Russia. It is so bad now that practically the only people with enough resources to take advantage of the privatization of major government assets are those with close personal ties to the ruling elite — individuals whose investments are protected not by an independent judiciary, but by the patronage of their friends in power.

Several state assets are on sale, but the list is yet to be finalized. Officials earlier indicated that it would include government stakes in five major state-owned companies — Rosneft, Bashneft, Alrosa, Vneshtorgbank (VTB) and Sovkomflot — in the hopes of adding 800 billion rubles ($11-12 billion) to state coffers. Approximately three-fourths of that sum would derive from a single 19.5 percent stake in Rosneft. Government officials also considered a partial privatization of Sberbank and selling off part of the government's stake in Aeroflot, but both initiatives have been put on hold for now.

Bashneft is in the most advanced stage of re-privatization following the government's successful seizure of the company in 2014 from AFK Sistema owner Vladimir Yevtushenko and its subsequent nationalization. Yevtushenko was in no way at fault, having purchased companies that were already privatized. The problem was how the local Bashkir "tsar" Murtaz Rakhimov originally privatized the republic's fuel and energy sector.

It would seem that this is an excellent time for privatization. The Russian stock market has partially recovered, but compared with prices in the rest of the world, Russian assets are practically free for the taking. And yet price alone does not make an asset attractive. The Russian economy is falling. Oil prices will remain low for the medium term and Russia under Vladimir Putin can hardly hope to be as "fashionable" as it was under former Soviet leader Mikhail Gorbachev, or as popular with investors as it was in the early 2000s. 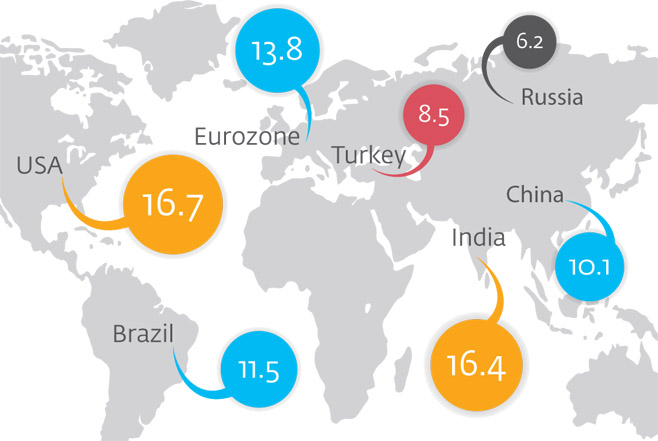 Russia's Investigative Committee recently announced that in 1995 Mikhail Khodorkovsky and his company stole Yukos from the state (see story, page 3). If so, it means that the privatization deals that were closed 20 years ago remain disputed. How should those wanting to take part in the current round of privatization react to such news? Where are the guarantees that the government will not level claims against them in 2036?

If the Russian government would be seriously courting foreign investors for this year's privatization campaign, it would have taken steps in that direction. It's not the case. However, the government would like a global investment bank to oversee the sale of Russian state assets.

There are two reasons for this. First, it would serve as an important step toward freeing up access for Russian companies to global financial markets. Economic Development Minister Alexei Ulyukayev discussed that possibility recently with U.S. Ambassador to Russia John Tefft. Second, global investment banks are needed in privatization deals as conduits for "repatriating" Russian money now located overseas.

The 800 billion rubles of anticipated income from privatization is equivalent to 1 percent of gross domestic product and is 15 percent less than the monthly income the federal budget received in January-February 2016. Such a sum won't make or break the bank. The main purpose of the privatization campaign in 2016 is largely symbolic. It is to demonstrate to the Western world that, despite the geopolitical craziness of recent years, the Russian leadership remains committed to the market economy and is interested in international economic cooperation. In other words: "We are one of the good guys, so give us another chance."

An equally important goal of the current privatization drive is to support loyal members of the ruling elite. Most of the president's closest friends are the targets of Western sanctions. Since the start of this country's growing international isolation, these individuals have been forced to return their capital and their families to Russian soil. In return, they have received government contracts worth billions. Privatizing several major state corporations could further mitigate the hardships they are suffering as a result of Russia's disintegration.

Russia is already home to full-fledged "crony capitalism," meaning that shares of state-owned companies are unlikely to go to just anyone, but will probably end up in the hands of those with close Kremlin ties. The other option is to sell those stakes to foreign investors in return for granting post-Crimea Russia access to Western financial markets. The only problem with that plan is that with the risk of doing business in Russia so high, foreign buyers are not exactly lining up to take advantage of the current "bargains."

Boris Grozovsky is an economic observer.

How 2022 Wiped Out a Decade of Progress in Russian Science

The story of Russian science in the 21st century is in many ways my own story too. When I entered the field as a student intern in 2005, science in Russia...
opinion Ronald Suny