Russian President Vladimir Putin's order to withdraw the "main part" of Russian military forces from war-torn Syria on Monday evening has provoked a wide range of reactions from Russian media.

We include a selection of the interpretations and forecasts here. 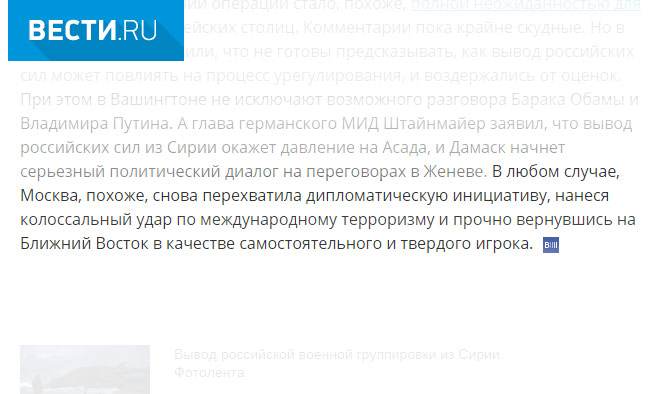 "It seems that Moscow has once again taken taken diplomatic initiative, striking a huge blow to international terrorism and soundly restoring the Middle East as a solid and independent player. Their mission, which lasted almost six months, is now complete. For the Russian Aerospace Forces it was a real test, but the results speak for themselves." 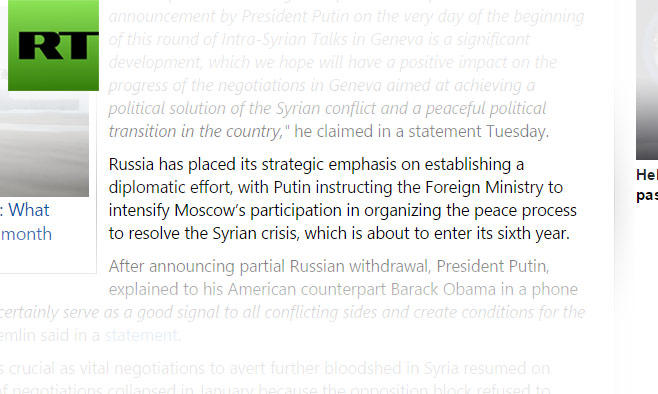 A screenshot from Russia Today

"International political leaders have welcomed the Russian military pullout from Syria, and while many have called the Kremlin’s decision “unexpected,” it is seen as clearing the way for dialogue at a time when a truce in five-year-old war is being negotiated in Geneva. Russia has placed its strategic emphasis on establishing a diplomatic effort, with Putin instructing the Foreign Ministry to intensify Moscow’s participation in organizing the peace process to resolve the Syrian crisis, which is about to enter its sixth year." 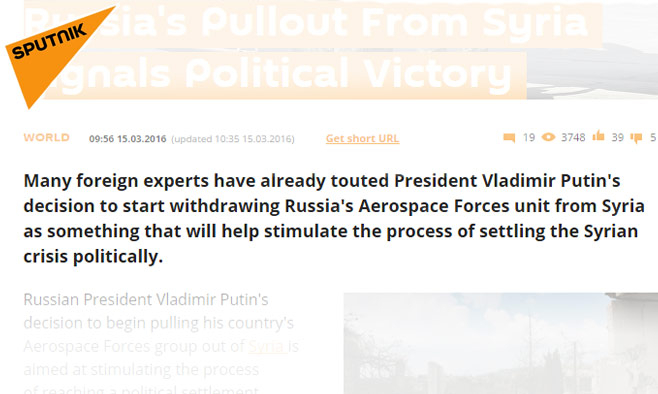 A screenshot from Sputnik

"Many foreign experts have already touted President Vladimir Putin's decision to start withdrawing Russia's Aerospace Forces unit from Syria as something that will help stimulate the process of settling the Syrian crisis politically."

The state-owned Channel One Television Channel 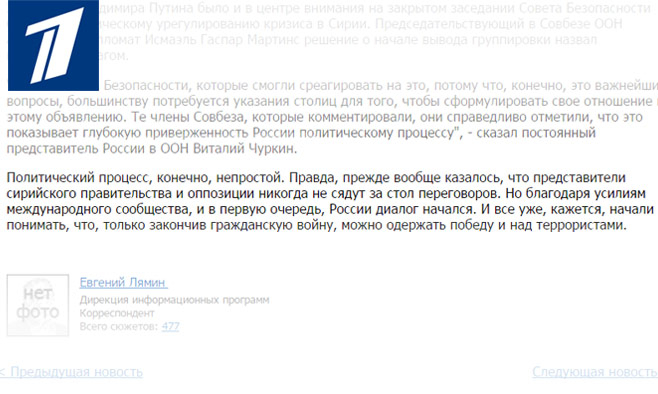 A screenshot from Channel One

"The political process is, of course, not a simple one. At first it seemed that representatives of Assad’s regime and the opposition would never sit down at the negotiating table, but thanks to efforts from the international community — and primarily Russia — dialogue has been established." 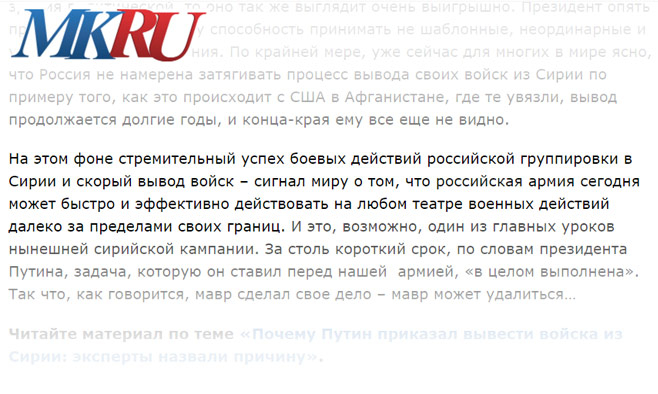 A screenshot from MK

"The rapid success of Russia’s military forces in Syria and equally quick withdrawal of troops demonstrated to the world Russia’s capability and efficiency in combat zones far beyond its borders." 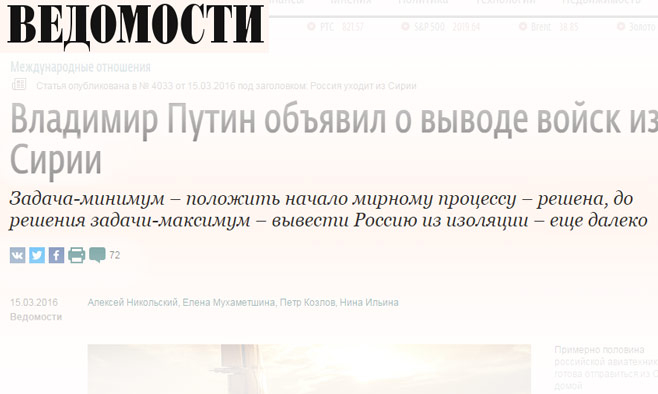 A screenshot from Vedomosti

"The minimum aim — to start the peace process — has been achieved, but the ultimate goal of delivering Russia from isolation, remains far away." 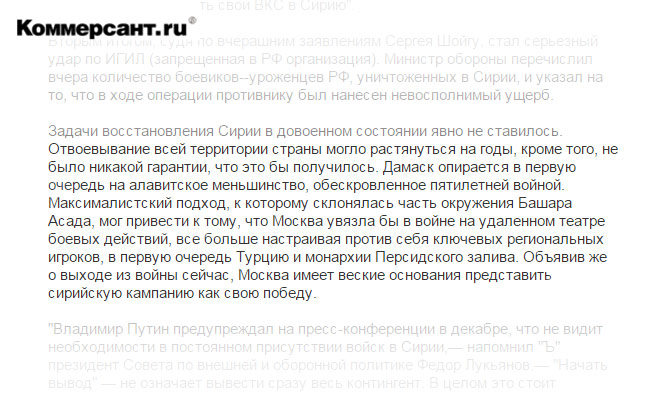 A screenshot from Kommersant.ru

"Regaining the country in its entirety could take years, but there was also no guarantee that that would even happen at all. By announcing Russia’s withdrawal from Syria now, Moscow has good reason to call the campaign a victory." 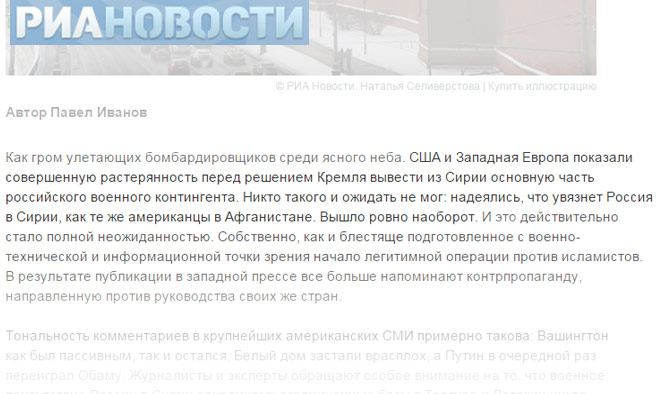 A screenshot from RIA Novosti

"The United States and Western Europe were apparently dumbfounded by Russia’s decision to withdraw their main military contingent from Syria. No one could picture it. They hoped Russia would become stuck in Syria like the Americans in Afghanistan but precisely the opposite happened."

President Vladimir Putin has ordered the withdrawal of “the main part” of Russia’s forces in Syria, the TASS news agency reported Monday.

The latest peace negotiations between representatives of Syrian President Bashar Assad and Syrian opposition forces are set to resume in Geneva, international...
news

Despite Withdrawal, Russia to Continue Bombing in Syria

The Russian Air Force will continue to conduct strikes on terrorist targets operating in Syria, the Defense Ministry said on Tuesday, one day after President...
high concentration