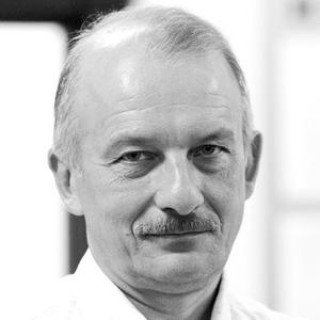 Russia's economy is faring poorly as the New Year approaches. Gross domestic product has swung back to a level last seen in the first of 2008 and the economy has essentially stagnated over the last seven years.

The reason for the problem that officials most frequently cite, and that President Vladimir Putin mentioned in his most recent address to the Federal Assembly, is a combination of adverse external factors such as the global economic crisis, the drop in oil prices, Western financial sanctions and the economic slowdown in China. However, economic growth began slowing significantly as early as 2013. At that time, GDP was growing by only 1.3 percent annually, while oil prices consistently surpassed $100 per barrel. Even a rise in oil prices would not solve the economic problems that Russia is currently facing.

The year-end picture does not inspire much optimism. It is well known that only the upsurge in military production is keeping Russian industry afloat, even while it wastes precious resources needed for moving the economy forward. There is some relief in the fact that the ruble is not behaving as erratically as it did this time last year, but it is clear that the currency has become even more dependent on the oil price and that its 50 percent devaluation has led to a 10 percent drop in the general level of consumption.

The most discouraging outcome of 2015 is the continued decline in investment. The latest sequestration in the federal budget has led to a new round of investment cutbacks in non-military sectors. The volume of investment in both industrial and residential construction has fallen. In 2016, budget expenditures will drop by at least 3 percent to 5 percent in real terms. Two-thirds of all profits are earned by raw materials export companies, whose owners — according to the Finance Minister — prefer paying dividends to investing in development because they "lack confidence that investing profits in Russia would ultimately produce revenues."

Russia's annexation of Crimea made the Russian economy far less interesting for foreign investors, depriving domestic businesses of vital technologies and human capital. Short of war, direct foreign investment will not simply dry up, and most Western firms now working in Russia will continue investing for the sake of development. However, the flow of new foreign investment will slow to a trickle and a number of existing projects, such as those in the automobile industry, may be shelved due to market considerations.

Many small improvements have made it easier to do business in Russia. It is no coincidence that Russia has steadily risen in the Doing Business index issued by the World Bank, ranking 62 out of 189 countries this year, up from 120 in 2010. And it is encouraging to learn that Russia now stands in fifth place for "contract compliance" and in eighth place for "registering property" — especially knowing that the United States occupies 21st and 34th places respectively. But careful analysis reveals that the rating is "formal" in nature emphasizing a number of bureaucratic procedures, their duration and the official cost of state services. World Bank experts do not attempt to answer whether a state provides protections for property as such.

The situation in Russia is not just bad, but downright ugly. The main reason for the poor state of the Russian economy is the lack of an effective system for protecting property rights. The gradual dismantling of state institutions led first to a decline in investments, then to a sharp drop beginning in 2013, and finally to massive capital flight, with economic growth slowing to a halt by mid-2014.

As Putin himself pointed out in his recent speech, of the 200,000 businesspeople against whom the authorities brought criminal charges in 2014, 83 percent lost their businesses. More proof of how dire the threat to property rights has become in Russia is the country competitiveness rankings compiled by the World Economic Forum: of the 140 countries listed, Russia ranks 120th for property rights protection, 116th for minority shareholder protection and 108th for judicial independence.

Addressing these challenges is key to reviving investment activity and putting the economy on track toward sustainable growth. However, restoring the system for protecting property rights and improving the business climate in Russia requires the political willpower to implement major political reforms, starting with the establishment of an independent judiciary and finishing with allowing the media to operate independently and launching a full-scale fight against corruption.

Have Moscow and Minsk Really Made a Breakthrough on Integration?

Putting too much pressure on Belarus right now could backfire and lead to unforeseen consequences, something Russia appears to understand.
opinion Andrei Soldatov

Since the backlash over Russian interference in the 2016 U.S. election, global tech giants have become replaceable parts of national infrastructure.
opinion Tatyana Stanovaya

How the Duma Elections Could Decide United Russia’s Fate

The upcoming Duma elections could turn out to be United Russia’s farewell tour in its current lineup.
opinion Andrei Kolesnikov

The authorities are faced with the task of convincing democratic-minded voters that there is no point in voting, while making every effort to boost turnout...