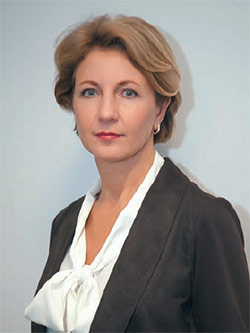 In my article on the Russian HR market at the end of the last year I have stated that 2014 had been "the most unstable, unpredictable and uncertain" in many meanings. It seems natural to repeat it now, talking about 2015 and trying to take a glance at the year ahead.

During the whole current year businesses have been hesitant about their prospects and future, both from the economic and the political point of view. Being worried and depressed in their majority, they have finally decided to bide their time, which in the end appeared to be the most reasonable decision.

In accordance with the general business approach, corresponding HR functions applied a general recruitment and remuneration freeze, have started staff reductions and cost optimizations, usin different options from variable pay decrease and working hours reductuion to compensation package optimization and wider use of agency labor and functions' outsourcing. All of the above mentioned was generally fulfilled by summer, providing for quite an activity of the recruitment market afterwards, specifically if compared to the very negative forecasts.

According to the official data, the average unemployment rate is pretty high in Russia at the moment (5,8% according to the Ministry for Economic Development), dspite the remaining demographic issues. From one side, it should mean that the recruitment market has transferred into employers' one. In reality the picture is defferent. Firstly, it differs, as usual, from one region to another (in this regard, Russia should not be measured "on average"). Secondly, we still observe many companies doing their best to attract talents from the market, which does not seem to be an easy task even under the given conditions. For the coming year this situation will not change sufficiently. Any crisis in general brings to the market the candidates with the lowest qualifications, skills and the worst performance. The numbers usually do not work and do not help here, so the tendency of "enticing" potential employees from the current employers is still there. Higher salary still remains the top reason for changing jobs.

If talking about the compensation changes, nominal base pay average growth this year is at the level of 5,4% at the moment (PwC PayWell 2015), which is lower than it had been predicted (at the levels of 7,5%). In general, companies are not planning to apply any more changes until the end of this year. According to the same survey, the real income has decreased by 5,8%. Thus, 2015 is the second year in the row with the negative figures of real wage growth. With the average forcasted increase of the base pay at the level of 6% for the salary increase next year (different surveys), the negative trend might remain. The majority (about 75%) of companies are planning salary increase for the next year. The tendency in this area is that there is no generalized approach to the issue any more. Businesses tend to apply increase in very different and selective ways.

General compensation policies have not been sufficiently revised; the majority of companies are also not going to make significant changes in 2016. Accordind to PwC overall companies across sectors even showed some growth in benefits (2014/2015). The reason seems to lie in the benefits' cost rise.

Any crisis brings challenges, which businesses have to overcome. From the HR perspective, part of the options usually lies in the area of flexible labor nd business process outsourcing (outsourcing of non-core business functions). Today's situation in both areas in Russia is directly dependent on the application of the Federal law (FL) 116, which is going to come into force January 1, 2016. Despite all the immense efforts undertaken by the business society (epecially by the Association of European Businesses AEB)) in order to offer better regulation of the given part of the Russian labor market and to simplify the use of the labor forms that are obviously primary for any downturn, there is still a lot of ambiguity and uncertainty in the way how the new legislation is going to be applied.

Recently the Government has finally approved the accreditaion rules for the agencies, but they do come into force simultaneously with the FL without any transition period for the agencies to obtain the accreditation. The shortest period of obtaining an accreditation is estimated as 21 working days. Practically it means that in order to comply with the new legislation, all the temporarily staffing agencies will have to interrupt their Clients' contracts and dismiss their temporarily staff on the whole on December 31, 2015, apply for acreditaion on January, 11, 2016 and provided there will be no delays, obtain their accreditation in the third decade of February. Many businesses will suffer. In order to avoid such negative influence, the majority of the companies that cannot avoid using flexible labor are now considering (or already using) outsourcing of non-core functions (HR document flow-keeping, bookkeeping, payroll, administrative, procurement, IT, packaging, handling, etc.) The transition from outstaffing and personnel leasing into the area of business process outsourcing seems to be one of the main trends for 2016 in the area of HR services.

Yet another problem of FL 116, which is usually not that obvious, is secondment withing the group of companies. A big part of the foreign nationals are working in Russia on secondment agreements. FL 116 with a view of its provides for adoption of a "satellite" law — one the above-mentioned secondment between the relative companies, which has not been developed yet. In case the "satellite" law is not going to be adopted before January 1, 2016, starting with this date all such secondment agreements are going to be illegal in Russia.

In this connection the AEB is lobbying for suspension of FL 116 with the view of its further development and proper application under the current economic and political conditions.

While this article has already been in the editorship, some new information appeared — Rostrud had started receiving the documents for accreditation. How is this procedure going to work provided the Law comes into force only the first of January, nobody knows. Still, it seems to be a good sign for business. Always remaining optimistic, I am wishing all the readers of The Moscow Times a Merry Christmas and a Happy New Year! Peace to your homes and prosperity to your businesses in 2016!