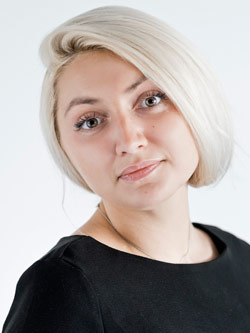 In implementation of the "Road Map" to improve customs administration, an inventory has been taken of the elements of administrative offenses under Chapter 16 of the Code of Administrative Offenses of the Russian Federation and bills have been drafted to amend the Code's regulation of customs-related legal relations. Some of the amendments have already taken effect.

The drafting of these bills was initiated by the business community, which saw a need to create conditions to improve the investment climate in Russia, and to improve rules governing administrative liability. For example, the business community believes that current penalties for offenses under Chapter 16 of the Code of Administrative Offenses negatively impacts the financial and asset position of companies and the terms on which foreign economic activity is conducted.

An initiative to amend Chapter 16 of the Code of Administrative Offenses was put forward by the business community in 2014, with the primary aim of securing changes to Article 16.2 ("Failure to declare or false declaration of goods") as regards relief from administrative liability for violations under parts 1 and 2 of that article in certain situations. As it turned out, however, the Russian government's bill to amend Chapter 16 called for exemptions from administrative liability only in relation to violations under part 2 of that article ("Statement by a declarant or customs representative, when making a customs declaration of goods, of inaccurate information on the name, description, classification code of the unified Foreign Economic Activity Commodity Nomenclature of the Eurasian Economic Union, country of origin, or customs value of the goods or other information, if such information formed or could form the basis of an exemption from or reduction in the amount of customs duties and taxes").

As a result, the subsequently adopted Federal Law No. 17-FZ of February 12, 2015, on Amending Articles 16.2 and 29.9 of the Code of Administrative Offenses of the Russian Federation sets out conditions on which, in certain circumstances, companies are relieved of administrative liability in cases when inaccurate information on goods is given at the time of customs clearance and voluntarily reported after the goods have been released. Thus, the original objective was not met by that law, and the most pressing issue—that of relief from administrative liability for offenses under part 1 of Article 16.2 ("Failure to declare goods subject to customs declaration in the established form")—went unaddressed.

Continuing to work toward the original objective, in June 2015 the Russian government introduced a bill into the State Duma to amend the provisions of the Code of Administrative Offenses governing administrative liability for customs offenses. The bill, with amendments, was adopted at first reading in September 2013, and the most significant change it proposes is as follows.

Article 16.2 of the Code of Administrative Offenses would gain a new provision exempting companies from administrative liability under part 1 of that article when all of the following conditions are met:

• the company has voluntarily submitted a request to the customs authority for changes and/or additions to declaration after the goods have been released;

• at the date preceding the date of registration of that request, the goods in question had not been identified by the customs authority as the subject of an administrative offense;

• the customs authority had not notified the company of a customs check after the goods were released or (if such notification was not required) had not commenced such a check without notification;

• the company has no arrears of customs duties, taxes and penalties.

In practice, it often happens that, after goods have been released, a company discovers on its own that it misclassified or understated goods during customs processing. However, despite the unintentional nature of these errors and their causes, the discovery of such incidents by the customs authorities in most cases has negative consequences for the company in question. To avoid risking administrative penalties, companies that discover such failures to declare goods are often compelled to conceal them, thereby depriving the state budget of customs payments it would otherwise receive.

Thus, the amendment to part 1 of Article 16.2 of the Code of Administrative Offenses would enable companies to avoid administrative liability when voluntarily reporting a failure to declare goods to the customs authorities. At the same time, the bill includes the reservation that relief from liability does not apply to strategically important goods and resources, as designated in the list approved by the Russian Government for purposes of Article 226.1 of the Russian Tax Code, and provides for criminal liability for the smuggling of certain categories of goods (for example, powerfully acting, poisonous, noxious, explosive, and radioactive substances; firearms; explosive devices; cultural property).

The bill also provides for a number of technical amendments to Chapter 16 of the Code of Administrative Offenses, such as a modification of the conditions for administrative prosecution (Article 16.7 and part 2 of Article 16.20).

Thus, the changes already in effect and the bill planned for adoption will enable companies to update information about goods after their release with regard to their value, quantity, description, and country of origin, as well as other information, without risking prosecution for an administrative offense and without paying an administrative fine. In addition, the planned amendments will enable customs authorities to individualize penalties, taking into account the specific circumstances of the offense and the financial and asset position of the company.