A year before he was asked to take up the post of Dutch ambassador to Russia, Ron van Dartel congratulated a colleague at the OSCE, his then-employer, on her transfer from Vienna to Moscow, saying: "I envy you, it seems like a fantastic position."

It seemed then that a diplomatic post in Russia would be the perfect ending to a career dedicated to European relations, following previous positions as permanent Dutch representative at the OSCE and ambassador to Serbia.

When van Dartel, 62, looks back at that reaction, he concedes it might have been optimistic.

"If we look at the entire relationship between the EU and Russia, and the Netherlands and Russia, we're further apart than I could have ever imagined," he told The Moscow Times in a recent interview.

Van Dartel came to Moscow in 2013 toward the end of a much-hyped bilateral year between the Netherlands and Russia, meant to celebrate 400 years of diplomatic ties between the countries.

With about 600 events including seminars, concerts and a royal visit from Dutch King Willem-Alexander and Queen Maxima, the year was portrayed in the media as a celebration of cultural exchange.

Behind the scenes, it was considered a boon for further investment.

But from the outset, the year was plagued by a series of diplomatic incidents that began with Russia's introduction of its so-called gay propaganda law in June — a hard pill to swallow for the Dutch, who pride themselves on their tolerance.

In September, the Arctic Sunrise, a Greenpeace ship that was sailing under a Dutch flag, was seized by Russian border guards and its crew put behind bars after some of them staged a protest at a Gazprom oil rig in the Arctic. In a sign of heightening tensions, the Netherlands took Russia to the International Tribunal for the Law of the Sea.

Several weeks after the Arctic Sunrise incident, Russian diplomat Dmitry Borodin was detained in the Hague for several hours by Dutch police, leading to outrage among Russian politicians, who accused the Dutch of breaching the Geneva Convention.

A little over a week after that incident, Dutch diplomat Onno Elderenbosch was targeted in his Moscow home by two assailants in an attack that many considered retaliatory.

The Dutch ambassador euphemistically calls the bilateral year "multifaceted," a word he also uses to describe bilateral relations for hundreds of years.

"For centuries [we had] a colorful, multifaceted relationship, where we had very different interests that complemented each other. We had very close discussions and cooperation on a political level. Economically, Netherlands and Russia were very close partners. And once in a while we had problems," he added.

The ambassador said the current situation is one of "undesired estrangement."

"When I see how relations between Russia and European countries have developed in the past 18 months, then that is something that I did not expect, and probably many other people did not expect either," he said. 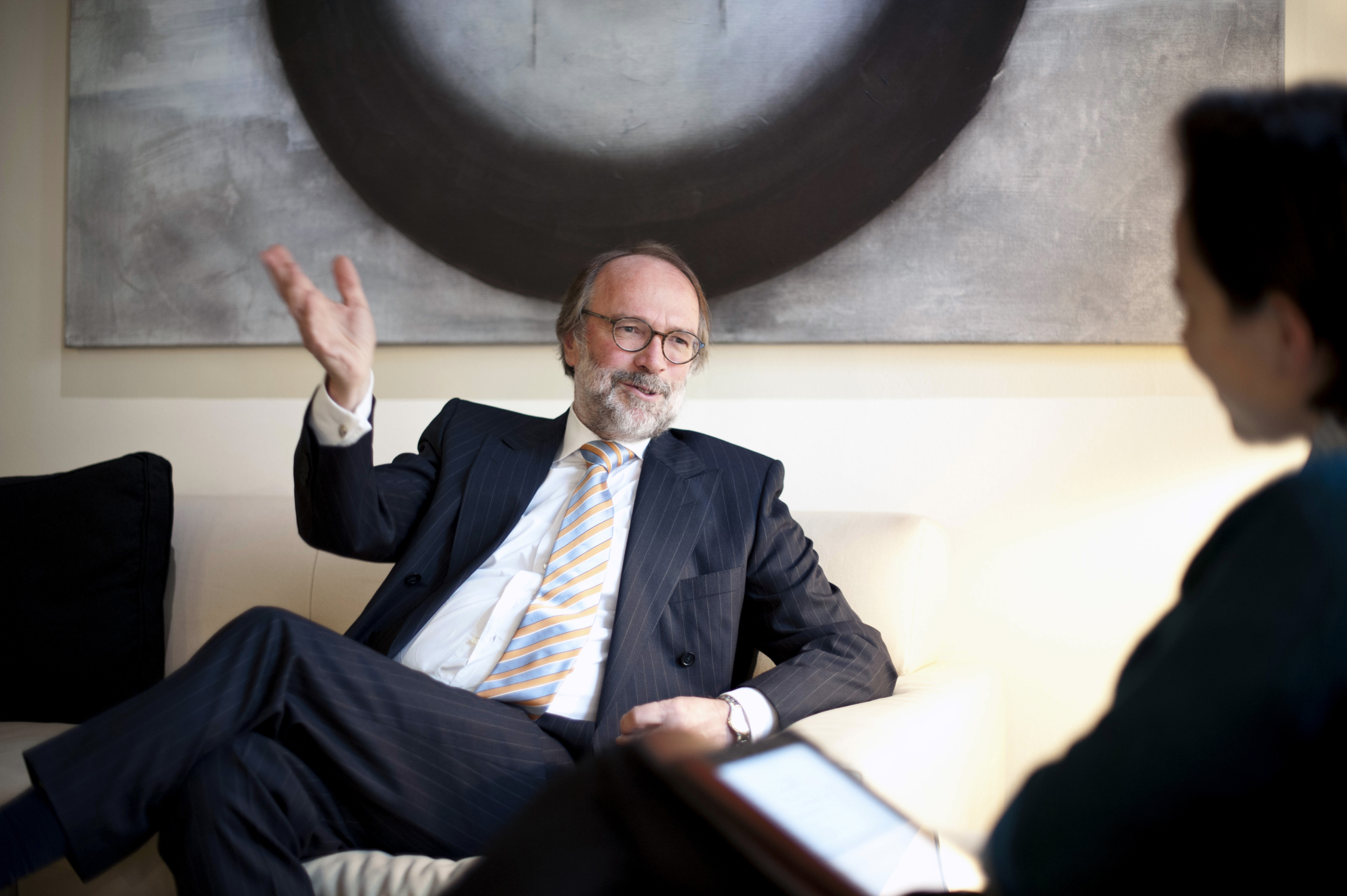 "In terms of territories, we can talk about [Russia as a] large giant, [The Netherlands as a] small dwarf. When we talk about our economies, then the giant and the dwarf's sizes are much closer. So we had a dialogue on a more equal level," van Dartel said.

Much of the Netherlands' traditional relationship with Russia over past decades has centered around trade.

Dutch investment in the Russian economy increased more than tenfold from 2002 to 2013, making the Netherlands one of Russia's largest investors, data from Russia's Economic Development Ministry shows.

The Netherlands exported 7.1 billion euros' worth of goods to Russia in 2012: mostly machinery but also flowers, cheese and agricultural products, Dutch statistics show.

Russia provided the Netherlands with more than a quarter of its crude oil imports in 2012, the statistics show.

It was a relationship that equaled out the obvious imbalance between behemoth Russia, the world's largest country, and the diminutive Netherlands.

The ambassador's eyes light up when he talks about his first flight from Moscow to Russia's far eastern Sakhalin region, a flight that lasted more than 9 hours, he said, a domestic distance that is unimaginable to the Dutch.

"In terms of territories, we can talk about [Russia as a] large giant, [The Netherlands as a] small dwarf. When we talk about our economies, then the giant and the dwarf's sizes are much closer. So we had a dialogue on a more equal level," van Dartel said.

That economic foundation has been severely undercut, the ambassador said.

The devaluation of the ruble has meant that Dutch products have become comparatively expensive to import.

And European sanctions have made it difficult for Russian companies to do business with Dutch partners. A Russian ban on the import of European agricultural products — including dairy, fruits and vegetables — has also hit the Netherlands hard.

But perhaps even more importantly, the setbacks have caused a change in psychology among Dutch investors, the ambassador said.

"Traders and businessmen are also people. They look at Russia from a certain perspective and see it's not going well economically, that there are problems on a political level, so they become very reserved in starting new projects," he said.

Van Dartel said roughly 25 to 30 percent of the Dutch expat community were "on their way home," adding that those leaving are mostly businesspeople.

For Dutch entrepreneurs who have decided to stay, the ambassador has two pieces of advice.

"Consider your [economic] interests … And, secondly, stick to the sanctions. It is our responsibility to stick to the rules that we have imposed on ourselves."

Van Dartel said the past two years had seen a breakdown in communication with Russian officials.

"When I first came here, we had a ministerial meeting almost every month. [There were] lots of exchanges of delegations," van Dartel said." My country is still looking for a meaningful dialogue with Russia."

But, he added, "a dialogue is only useful if we can agree on certain topics."

These days, such topics are increasingly scarce. 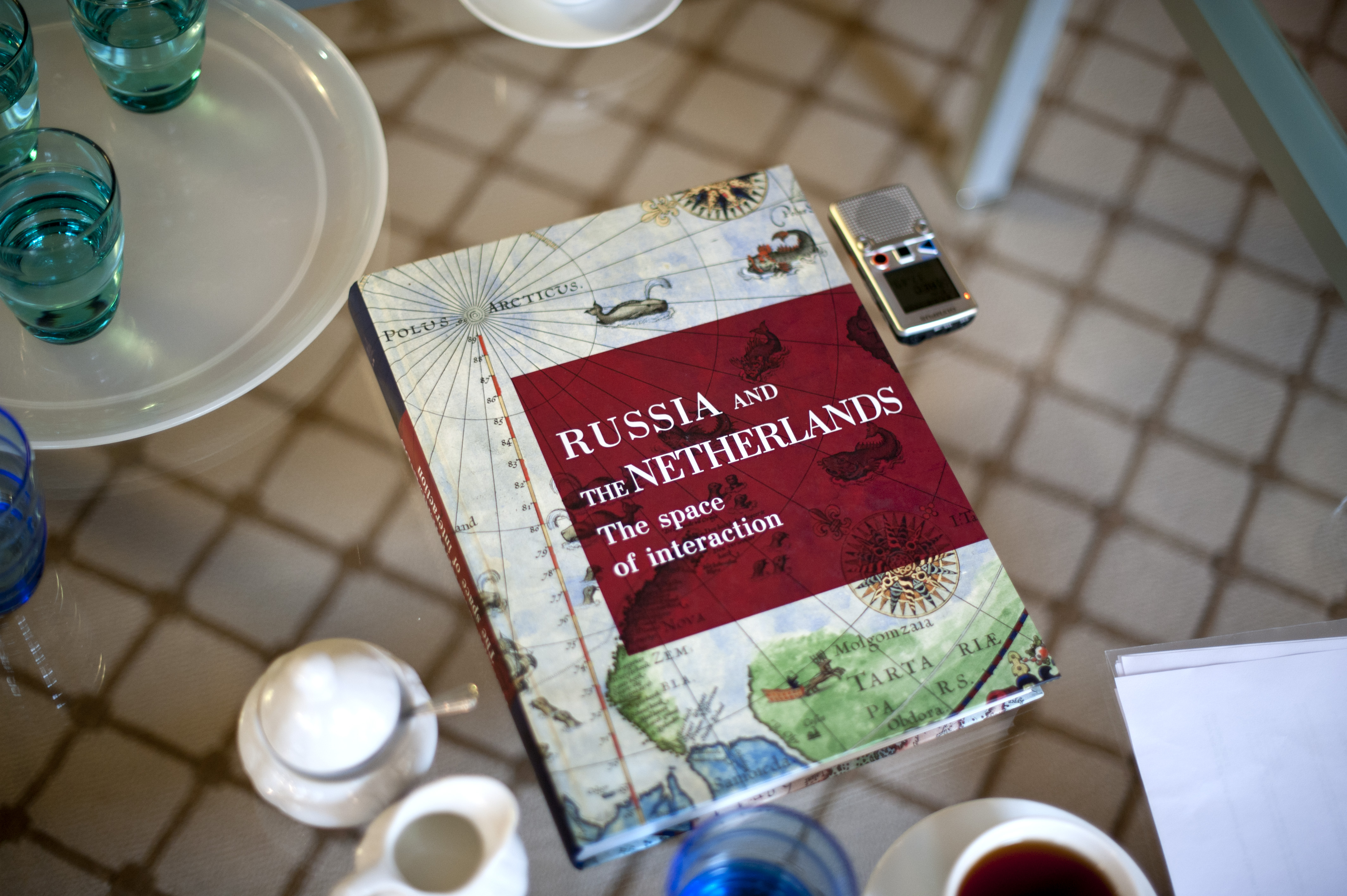 Despite the setbacks, van Dartel does not feel that the burden of troubled Dutch-Russian relations lies on his shoulders personally.

One of the largest topics of contention is Russia's annexation of the Black Sea peninsula of Crimea from Ukraine in March last year.

"As long as Crimea continues to be under occupation, we have a problem," van Dartel said. "In our eyes that's illegal and we will never accept that."

The conflict in Ukraine has taken on a particularly poignant character for the Dutch since the downing of Malaysia Airlines flight MH17 over eastern Ukraine in July last year.

With two-thirds of the nearly 300 people on board having been Dutch nationals, the crash has been engraved into the Dutch national memory.

"MH17 was a traumatic development in our society. Almost everyone in the Netherlands knows someone [who died] or knows someone who is related to these [victims]," van Dartel said.

With the publication of the Dutch Safety Board's final conclusions on the technical causes of the crash earlier this month, all eyes are on the Joint Investigation Team — a Dutch-led body that also includes Belgium, Ukraine, Malaysia and Australia — which will address the question of culpability.

"We see as our main task to bring those responsible to court. We owe that to the victims," van Dartel said.

But the ambassador urged caution.

"We have never anticipated the outcome of the investigation. We have never pointed our finger at anyone. We have been extremely careful.

"My advice to everyone who is pointing their finger would be: 'Wait for the results," he added.

Despite the setbacks, van Dartel does not feel that the burden of troubled Dutch-Russian relations lies on his shoulders personally.

"I am a part of overall Russian–Dutch relations, but I'm not responsible for developments within Russia," he said. "I would overestimate my job greatly if I thought I could have a defining impact on that," he said.

The ambassador said jokingly he manages to alleviate the personal cost of the import ban by bringing into Russia his "permitted amount of Dutch cheese."

What he does miss, he said, is cycling.

"I didn't bring my bike to Moscow because I consider it too dangerous. Traffic here is 'intense,' to use a euphemism."

Asked about the secret to working and living in Russia, van Dartel says: "Always keep a cool head.

"Continue your work calmly, that's the Dutch approach," he said.

Thanks for signing up!
Read more about: MH17

Igor Girkin remained adamant that the pro-Russian separatists under his command “did not bring down the plane.”
layers of evidence

The prosecutor's interview comes two weeks ahead of the first court hearing into the tragedy over eastern Ukraine.
MH17 QUESTIONS

Allowing Russia to prosecute the three Russian suspects in the downing of MH17 "will not be considered."