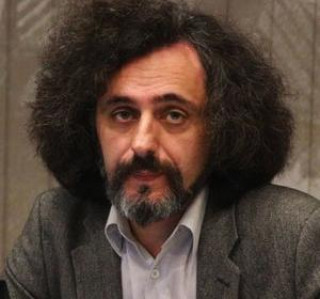 Many Russians are perfectly correct in their conviction that the number of prisoners of conscience — political prisoners and victims of political repression — is growing. However, there is more than one factor influencing that trend.

Most people refer to the law on combating extremism when they speak of "repressive legislation." And yes, some of the clauses in that law are repressive. But until recently, with the exception of the perpetrators of violent crimes, only a few have ended up behind bars because of this law — and those wrongfully. There have always been far more political prisoners in Russian jails than prisoners of conscience.

Let's start by clarifying the terms. The simplest and most intelligible is "prisoners of conscience." Amnesty International defines them as "people who have been jailed because of their political, religious or other conscientiously-held beliefs, ethnic origin, sex, color, language, national or social origin, economic status, birth, sexual orientation or other status, provided that they have neither used nor advocated violence."

The popular notion of "political prisoner" is more widespread, and the number and length of lists identifying those prisoners is rapidly expanding. Unfortunately, there is no commonly held definition of the term and it looks like it will be impossible to establish one. It is no wonder, then, that Amnesty International has stopped using the term altogether.

According to the Memorial human rights organization, someone is a political prisoner if the authorities were motivated by political reasons to imprison him without guilt or if they clearly brought charges that were disproportionate to the offense.

SOVA Center data on what officials call "crimes of an extremist nature" show that some people are incarcerated for actions that are not violent and not ordinarily criminal in nature, but who have made various statements or participated in the actions of certain groups. As many as 15 articles in Russia's Criminal Code are devoted in varying degrees to such "crimes," and SOVA occasionally publishes a registry of people currently serving time on those charges — most recently on Sept. 21.

That registry grew sharply in size this year, and noticeably faster in connection with certain articles of the Criminal Code. Eight people are now serving time for advocating or justifying terrorism, 11 for the newly minted article on participating in a banned terrorist organization, 26 for participating in an extremist organization, 11 for issuing calls to extremist activity, and 25 for the famous Article 282 against inciting racial, religious or other forms of hate.

Not a single person has been imprisoned under several of the 15 articles that concern "non-violent extremists," while one or two people are serving time under some of the other articles in that set. For example, only the stunt climber Vladimir Podrezov is doing time for hooliganism and vandalism motivated by political hatred — the charge against him is for complicity in painting a star on a high-rise building in the colors of the Ukrainian flag.

One Russian citizen, the moderate Tatar nationalist Rafis Kashapov, is serving a three-year sentence for speaking out on Crimea. The registry includes a total of 54 people, many of whom were sentenced on multiple articles. In January there were 29 people on this registry, and in 2012 when I last wrote an article on this subject, there were 33.

To the best of our sometimes limited knowledge, of the 26 people now imprisoned for "propaganda," most made explicit calls for violence. However, the authorities charged people for this crime less frequently in the past. In January, only 14 people were behind bars for this crime. The sharp increase is largely a result of the new practice of charging people with this crime who are already doing time for ordinary crimes and thereby prolonging their sentences.

Thirty people are currently serving time for their participation in banned organizations, also an increase over January. Most are members of Hizb ut-Tahrir, although three belong to ultra right-wing organizations. The ultra right-wingers really were involved in a dangerous group, but Hizb ut-Tahrir, although unquestionably a radical Islamic party, is in no way involved in violent acts.

Can these 54 people be considered "prisoners of conscience" or "political prisoners"? For the most part, no, because the aggressive nature of either their individual or organizational propaganda does not match the criteria established by Amnesty International and Memorial. On the other hand, people can be included on the "prisoners of conscience" or "political prisoners" lists who were not charged under the anti-extremist articles of the Criminal Code, and that is most often how it happens.

The SOVA Center seeks to identify people who have been wrongfully convicted under anti-extremist articles. SOVA considers two types of sentences as unlawful. First, if the verdict was clearly contrary to the applicable law — and this usually results from an overly broad interpretation of the law. Second, if the rule of law cited in the case clearly violates the constitutionally guaranteed freedom of expression — such as the recent ruling that anyone claiming the superiority of their religion is guilty of extremism.

There are also many cases in which the sentence cannot be considered illegal, but is disproportionately severe, or when a defendant's words did not seriously merit criminal investigation. Of course, there are also cases when we do not have enough information to judge the legality of a sentence.

Only a small part of all anti-extremist sentences are unlawful and people are rarely jailed for promulgating "propaganda." The SOVA Center has identified only 42 individuals who were wrongfully convicted since the outbreak of the conflict in Ukraine. Fortunately, far fewer people were wrongfully imprisoned for extremism. According to our reckoning, they number only five as of today.

For comparison, Memorial concludes that Russia currently has 40 political prisoners. Each of those 40 cases is open to debate but in general they indicate that the government uses anti-extremist legislation as part of its mechanism for repression. It now plays a minor but noticeably growing role.

The fact that Amnesty International alone has the authority to assign the status of "prisoner of conscience" does not stop others, especially politically partisan groups, from assigning that status to their own members — or to classify someone as a "political prisoner." One of the most flagrant examples is Russian neo-Nazis who call their incarcerated racist serial killers "prisoners of conscience," or more accurately, "prisoners of war" in the "race war."

The authorities have expanded their enforcement of the anti-extremist law, but from 2011-13 they shifted their focus away from investigating the real problem of ideologically motivated violence to instead pad their statistics by engaging in the petty harassment of Internet racists spewing xenophobic statements.

That problem has continued to worsen over the last two years, but at least it was not in itself a cause of an increase in wrongful sentences and imprisonments. However, starting last year the number of such cases grew markedly, and the number of those jailed for non-violent crimes rose sharply during the current year. Taken together, these two trends give cause for serious concern.

Alexander Verkhovsky is the head of the Moscow-based SOVA Center for Information and Analysis. This comment originally appeared in Vedomosti.

A high-profile meeting with Joe Biden will not constrain the Russian President, and risks legitimizing his ongoing domestic crackdown.
opinion Mark Galeotti

Emotions Central to the Putin-Biden Summit

It is not that American policy should be subordinated to Putin’s emotional neuralgias, but Biden should at least know what he is dealing with.
opinion Michele A. Berdy

The Many Faces of Живопырка

A magical word that seems to acquire new meanings wherever it goes.
opinion William Courtney

Europe has enough leverage to insist that some gas flows through Ukraine. Russia has an interest in keeping this option open, as well.