A group of Russian fishermen picked up an unlikely hitchhiker on a recent expedition when a seal hopped into their boat and stayed with them for the next eight hours, refusing to budge, the Astv.ru regional news site reported.

The sailors were heading out to sea off the coast of the far eastern Sakhalin region when the plucky seal clambered on board the boat, fisherman Andrei Permyakov was quoted as saying in the report.

After letting the seal ride with them for a while, the men tried to force it back overboard, but the marine mammal was having none of it and jumped back in. Several more efforts to remove it from the boat were in vain, Permyakov was cited as saying, adding: "Then it even started growling if we tried to shoo it out." 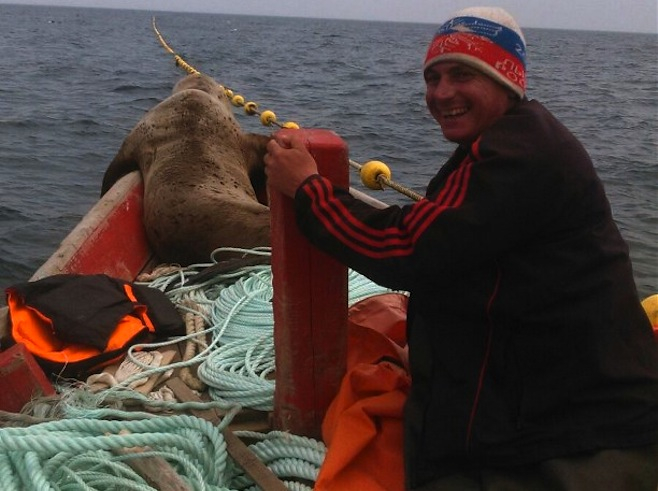 
In the end the fishermen gave up and allowed the seal to ride in their boat until they headed back to shore about eight hours later. Several photos published on Astv.ru show the creature lounging in a prime spot at the front of the boat with one flipper hanging overboard.

Permyakov told Astv.ru that he had never encountered anything similar before.

"It's the first time this has happened to us, though we go out to sea often. Usually if we see marine animals, they just swim past the boat and that's the end of it. But then this curious and sociable [seal] appeared," he was quoted as saying.

The seal could not have been attracted to the boat by fish, Permyakov said, as the fishermen did not have any catch with them — they were only heading out to sea to set out their nets, he said, adding that the animal appeared to be perfectly healthy. It was not immediately clear from the report when the incident had taken place. 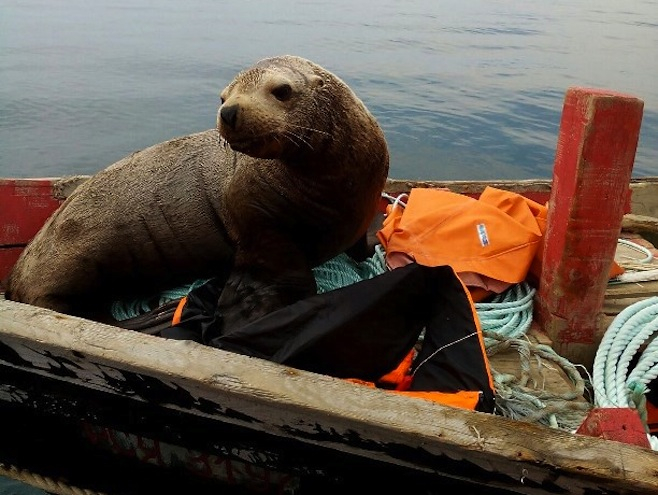 
Last month a group of sailors in the far eastern Primorye region came across a more unusual animal at sea — a sike deer, which appeared to be swimming from one side of the Amur bay to the city of Vladivostok, a distance of about 12 kilometers.

But the group did not stop to give it a lift, fearing that it would be more dangerous to try to get the leggy animal on board than to leave it to continue its marathon swim, the Primamedia regional news site reported.

The local zoo in Russia's Kaliningrad region is asking citizens to not “rescue” baby seals that show up every spring on the shores of the Baltic Sea...
news

Rescue Mission for 'Fishermen in Distress' Finds Seals Instead

A rescue crew that was dispatched Wednesday to save a group of fishermen lost at sea was bewildered to find a large gathering of seals where the distressed...
news

Of all the unusual things you might expect to encounter at sea — a mermaid, a ghost ship, Johnny Depp — a deer is probably not one of them.
'NO CAKEWALK'

Biden Says Invading Ukraine Would be 'Disaster' For Russia

The U.S. President said Russia would suffer 'heavy' economic costs and loss of life if they invade.