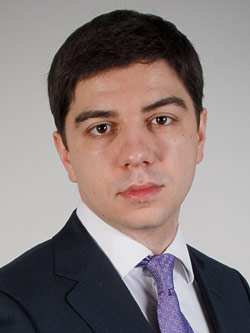 Russia is still heavily dependent on foreign medicines. While the healthcare budget heads in somewhat the opposite direction, skyrocketing prices for these medicines has been cause for heated debate. In particular, once again there are discussions over lifting the ban on parallel imports of medicines. More precisely, the topic has been resurrected, as disputes have rumbled on over several years, occasionally fading into the background. The current, temporary difficulties provide fertile ground for the argument to flourish again, which was evident by a series of disputes starting this February. However, parallel imports in general have become even more topical now given that the Federal Antimonopoly Service (FAS) has recently stated that it would like to expand the scope of parallel imports in other areas, such as cosmetics, perfumery, beverages and hygiene products. These will be added to car parts and medicines, which were already included on the prospective list. It seems as though a green light for parallel importation of medicines will be presented as a fait accompli. This means now is the time to consider what kind of results can be expected.

A brief outline of the legal background may help those who are unfamiliar with this issue. To summarize briefly, parallel imports refer to the importation of goods that are trademarked when no permission from the trademark owner for such transaction is obtained. In other words, this allows distributors to bypass authorized distribution channels. Eventually, this should lead to reduced prices. Permitting parallel importation is one of the simplest approaches to reducing state expenditure on drugs, much more so than, say, drug reimbursement. But sometimes simplicity comes at a price. 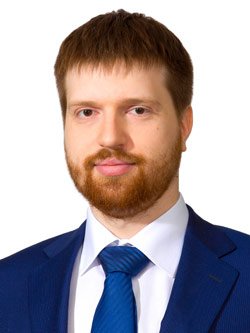 Readers may be aware that parallel imports into Russia are currently prohibited by article 1487 of the Civil Code. Trademark owners fully control distribution channels and, therefore, the initial price. Parallel imports, as a result, weaken the control the trademark's owner has and increase competition. However, medicines are not the best option to test-drive a new approach.

For one thing, the proposed amendments do not mention patents, only trademarks. As a result, this will increase competition in the market for generic medicines. As the prices for these drugs are already moderate or low, the price reduction effect will be limited. Moreover, increased competition will result in the national manufacturing industry, which is mainly generic, impeding the environment for import substitution — there will be more distributors of rival foreign drugs with lower prices.

Perhaps the main issue is how quality control will be maintained. One of the fastest ways to distinguish counterfeit or falsified drugs from originals is to compare the customer packaging. Given that medicines may be allowed to be imported from different countries, the packaging may differ, sometimes dramatically. There are two common approaches: to allow distributors to import medicines in their original foreign packaging and then label over it for the Russian market or to require them to repackage the medicines in Russia. Both approaches may jeopardize the quality of the product on the marketplace or complicate quality control. Importing medicines with the original packaging may cause the market to be inundated with medicinal packaging differing in appearance. This may increase the workload of Roszdravnadzor staff and lead to mistakes based on human error. If the system goes with a repackaging option, then there will be a need to ensure the repackaged medicine is indeed the same original medicine designated for repackaging as it leaves the factory. Even now, when the principle of national exhaustion of rights prohibits parallel imports, the issue of quality is a top priority for the industry. For this reason, the State Duma adopted new amendments to the Code of Administrative Offences and the Criminal Code that came into force this January. Despite Roszdravnadzor doing a good job in exercising control over quality, there may be a considerable volume of falsified medicines in the market (up to 15-20 percent according to expert reports), including expensive oncology medicines. The Federal Customs Service claims that it will have dedicated customs terminals with the necessary equipment and staff for controlling the flow of medicines that are selected for parallel import, but it is still unclear how this control will be effective.

We also should note that, under the current version of the draft law, a right-owner cannot sue an owner of goods that have already been imported without consent even if the goods did not pass through the specified customs terminal. The FAS is ready to prosecute such right-owners for unfair competition and acting in bad faith in respect of their trademark rights.

Moving to the issue of reducing the prices, there is some good news: according to European and other foreign surveys, parallel importation can reduce prices. The bad news is that the prices do not change dramatically and, significantly, parallel imports will have some compatibility issues with price cap regulation if the importing country limits mark-ups. The last concept is quite important and needs to be thoroughly analyzed. The current price regulation of vital and essential medicines in Russia has been consistently criticized (especially by the FAS) for squeezing cheap medicines out of the market, because of wholesale and retail margin caps. This means it is unclear how the possibility to import at a low price will coexist with the unwillingness of distributors and retailers to reduce their revenues by selling cheap medicines. In other words, there is a possibility that the existing price regulation will neutralize the price effect of the so-called "grey trade." At the same time, there is a risk that an increasing stream of counterfeit goods will appear.

These are just two issues out of many that need to be taken into account when weighing up such options as parallel imports (others include loopholes in the quality control procedures, and discrepancies between the Russian and EurAsEc regulations relating to the exhaustion of rights). This does not mean that parallel imports are unacceptable, but a considerable number of preliminary legal steps need to be undertaken. There are also doubts over the wisdom of enabling parallel imports in the pharmaceutical industry as a pilot project without any prior experience given how complicated and overregulated this market is, not to mention how sensitive it is to quality. Maybe we should start by seeking different solutions, or at least leap only when we have looked much more thoroughly.