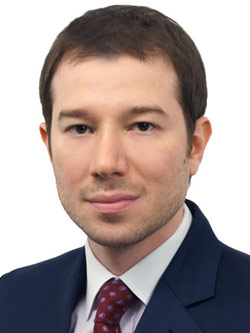 Russia is implementing a large-scale program for the development of the Far East aimed at improving living standards, creating jobs, and attracting Russian and foreign investors to the region.

As part of this program, the Ministry of Eastern Development drafted a law on the creation of special territories in the Far East, known as advanced social-economic development territories (ADTs), with preferential treatment for businesses. The ADT Law was adopted in December 2014 and entered into force on March 30, 2015. The current version of the ADT Law provides that these territories can only be created in the Far East and in depressed cities with a single dominant employer.

Russia already has experience in developing territories with preferences for attracting investors — since 2005 Russia has been creating Special Economic Zones (SEZs) providing benefits for entrepreneurs carrying out their activities within such zones. The authors of the ADT Law have tried to apply the experience gained from SEZs. In particular, ADTs follow SEZs in offering considerable benefits and preferences for residents, as well as a complex territorial structure zoned for various purposes.

How is an ADT different from an SEZ? First, each ADT is individual and created for an anchor investor that has entered into an investment agreement with the Ministry of Eastern Development on its plans to conduct economic activities in the ADT. Second, within the ADT, the powers of the executive authorities are placed in the hands of a special management company (MC), which provides state services to residents on a one-stop basis. Third, all infrastructure necessary for residents to conduct the activities for which the ADT was created (as each ADT is unique) must be created before the residents arrive. Finally, there is a broad range of deregulation (exemptions from the general rules) for ADT residents in taxes, customs, and other areas of state governance. 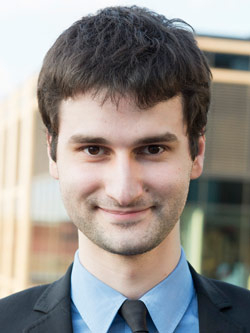 ADT residents get the following benefits:

• Exemption from payment of corporate property tax and land tax;

• Preferential lease rates for use of immovable property; and

ADT creation is a protracted and closely regulated process.

In stage one the Ministry of Eastern Development concludes preliminary agreements with potential anchor investors for specific sites (future ADTs). Then, on the basis of a proposal by the Ministry of Eastern Development, a special government commission approves a list of ADTs that need to be created in the respective year. The RF Government then adopts a resolution on the creation of a specific ADT, which describes the boundaries of the ADT, lists the economic activities covered by the ADT procedures, and sets the minimum capital investment for residents.

Stage two is the signing of an agreement between the Ministry of Eastern Development and the relevant regional and municipal governments on the creation of the ADT, setting out the obligations of the regional and municipal governments to transfer land plots and other immovable property in the ADT into the ownership of or under lease to the MC, along with powers to manage and dispose of the said properties, the procedure for financing and use of infrastructure out of budgetary and extrabudgetary funds, and the conditions on which residents will be given tax preferences.

The Ministry of Eastern Development has so far entered into investment contracts with bitumen producer Baoli Bitumina Singapore and major Japanese trade and investment corporations such as Mitsui, Mitsubishi, Sumitomo, Sojitz, Itochu, Marubeni and Toyota.

The special government commission has already approved the creation of 9 ADTs in the Far East: two ADTs are to be created in each of Primorye, Khabarovsk, and Amur Krais, and one ADT in each of Kamchatka, Chukotka and Yakutia.

The Ministry of Economic Development is counting on ADTs to make the Far East an attractive destination for investment capable of competing with Asia-Pacific Region countries. Whether the new institution does indeed succeed in attracting foreign investment into the Far East will depend primarily on how the rules established by the law are enforced in practice.

Investigative journalist Christo Grozev said the two are now working as “important representatives of the Kremlin” in Russia's regions.
show of support

The proposed bill comes as the Kremlin shows renewed interest in the memory of World War II and revives its praise for Russia’s Soviet past.