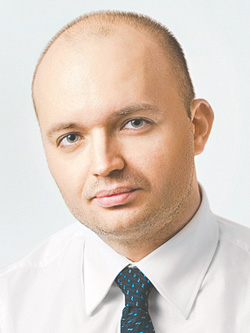 The area of contract law seems to be an indicator of economic progress: a more developed economy needs a more developed law of contract. This is because a contract appears to be the best instrument for optimizing social costs and benefits; it is the motor that moves the resources from one person to the other. An economy based on less developed exchange has no need of complicated contractual forms and rules.

The reform of the Russian Civil Code started with the introduction of new rules for the law of real property, the law of intellectual property (2013), and corporate law (2014).This year, 2015, should be regarded as the birth year of the new Russian law of contract.

The new law of contract (technically it takes the form of amendments to Section III of the Russian Civil Code) is based on two foundations: judicial practice (primarily, the relation to commercial courts, and especially the practices of the Supreme Commercial Court of Russia) and the results of academic comparative legal studies of the contract law by leading European jurisdictions.

All the recent improvements in the law of contract can be divided into two parts. The first deals with the implementation of the principle of good faith and fair dealing into contractual practices.

The parties to a contract must act not only in accordance with the law and the conditions of the contract, but also in good faith and in accordance with the principle of fair dealing (the revised article ([III]) 307). The good faith principle is of importance both for pre-contractual (negotiations) and post-contractual relations. The revised Code enacts the doctrine of good faith in negotiations: a party that disrupts the negotiations will be liable for the losses caused (article 434.1).

Another field which the good faith principle extends into is the unfair contract terms doctrine. Though the rules against unfair contract terms in boilerplate contracts were first made part of the Civil Code at the beginning of the 1990s, they remained a very rare bird in courtrooms. This was the case because the rules of article 428 of the Civil Code were inefficient.

The only remedy for a party suffering from an unfair contract term was for the court to vary or terminate the corresponding clause of the contract. But in fact this made no sense, because according to article 453, the variation and the termination of contracts are prospective in nature. And if the unfair term has already been applied, the future termination of it is useless. Such remedies offer no help to the weaker party to the contract.

Another problem was that article 428 of the Civil Code ignored the possible hardships that the weaker party to a commercial contract may meet when contracting with a stronger entrepreneur.

The reform has changed this radically: now the unfair contract terms doctrine is applicable not only in b2c (business-to-consumer) contracts, but also in b2b (business-to-business) transactions.

Other developments lie in the systematization of contractual forms.

New types of contracts can be found in the Code: option contracts, framework contracts, and contracts with performance on demand (articles 429.1-429.4).

The legislator has imposed rather detailed regulation for contracts aiming to subordinate contractual debts (article 309.1).

For contracts that contain negative obligations (an obligation not to do something) or the obligation to do something (such as provide services, perform construction work and so on) a new remedy has been introduced: a money penalty in the favor of the claimant, which the court imposes for the period during which a court order to perform a specified action is not complied with (article 308.3). The amount of the penalty (e.g. per day, per week of non-performance) is stipulated by the court in line with the idea that no one should enjoy the benefits of failing to perform court orders. This may be viewed very similarly to the well-known French remedy called astreinte.

Some improvements look like the adoption of English contract law doctrines.

Article 431.2 of the Civil Code contains English-style rules on representations and warranties. A misrepresentation is the basis for a withdrawal from or avoidance of the contract or for a claim for damages. There is another new remedy: a claim for a contractual indemnity (article 406.1).

Good progress has been made in the law regulating personal security (both suretyship and guaranty). The legislator has introduced a new type of non-accessory (independent) security which is called an independent guaranty. Such a guaranty can be issued not only by a bank (as is the case until June 2015), but by every commercial entity.

In fact, the new Russian law of contract now can offer sophisticated parties new options and new opportunities. Maybe it can be said that this is even the new hope for those Russian lawyers involved in the drafting of complicated commercial contracts.

The investigation of the war in Ukraine by the International Criminal Court (ICC) should not be "set up to fail" by plans to create a separate special...