A Russian website promoting a student-run competition to honor Victory Day through body art has been taken offline after the images of scantily-clad teens with patriotic symbols painted onto them sparked national outrage.

The competition, run Monday by a technological university in Izhevsk, called on students to paint artwork on their bodies in the style of the "armed forces, operating during World War II — from cavalry to pilots and rocket-based artillery."

A note posted on the university website said competitors would have two hours to complete their artwork and that the maximum number of models put forward by any team could not exceed three.

The winners would be rewarded with "certificates and gifts," the statement said.

While some students painted themselves to look like submarines and scuba divers, others painted tanks and planes on their bare skin, according to photos published Tuesday by news site Meduza.

Photos from Monday's event were also posted online by Volunteers Corps of the 70th Anniversary of Victory, which says on its website that it works in conjunction with Russia's Federal Agency for Youth Affairs to perpetuate the memory of those soldiers who lost their lives during World War II. 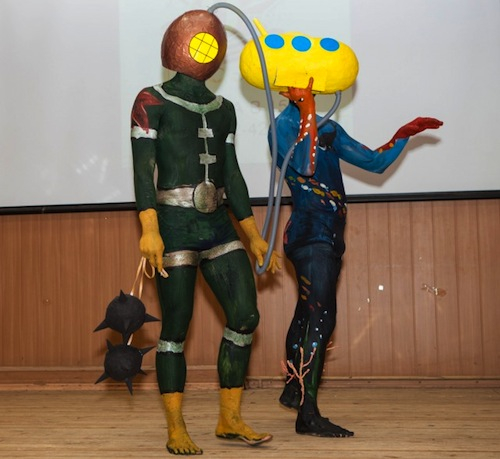 Volunteers Corps of the 70th Anniversary of Victory


But anyone trying to visit the Volunteer Corps' website is now greeted with a message saying that the page no longer exists, after Internet users reacted overwhelmingly negatively to the photographs.

"Russia is rich with idiots," social media user Nikolai Sudenko wrote of the competition on Twitter.

"There are no words to describe this," wrote another user, Moks Falder, of the photos.

The Soviet Union suffered more casualties than any other nation during World War II, and many Russians appear quick to attack anything that could be seen as a slight on the memory of their war dead.

Last year, prosecutors conducted extremism checks on television station Dozhd after it ran a poll asking users whether the city of Leningrad, known today as St. Petersburg, should have been surrendered to avoid the death of between 300,000 to 1.5 million people during the Nazi blockade of 1941-1944.

In the aftermath of the checks, Dozhd was dropped by a number of cable providers and was asked to vacate its Moscow studio.

Russia celebrates the 70th anniversary of its victory over Nazi Germany later this year, with an exuberant military parade on Red Square.

A number of Western leaders have refused to attend the traditional Victory Day parade in protest at Moscow's policy on Ukraine. 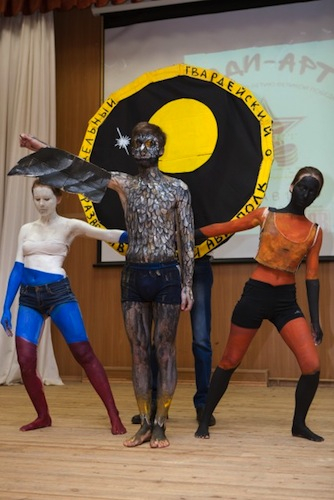 Volunteers Corps of the 70th Anniversary of Victory