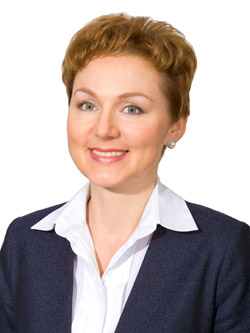 The ongoing crisis in the Russian economy has had a significant impact on the practice of applying bankruptcy law and on its development.

This is amply demonstrated by the increase of around a 30% growth in bankruptcy cases in 2014. The amount of overdue corporate loans has reached RUB 767 billion — and this only refers to loans held by 30 major banks. The figure for consumer loans in arrears held by individuals has climbed to RUB 652.3 billion.

Against this backdrop, a number of regulations have been adopted to enhance the guarantees for both creditors and debtors in connection with the latter going bankrupt.

Federal Law No. 476-FZ dated 29 December 2014 has introduced the institution of individual bankruptcy for the first time in Russian history. After more than ten years of discussions, the Federal Law "On insolvency (bankruptcy)" has been updated with provisions concerning the bankruptcy of individuals. These provisions take effect on 1 July 2015. For a creditor to initiate a bankruptcy procedure against an individual, the debt must be no less than RUB 500,000. Some types of obligations, e.g. those arising out of credit relationships, do not require the applicant to obtain a court decision to confirm the debt. However, should the debtor file for bankruptcy, no minimum amount of obligations is established.

Of course, establishing the institute of individual bankruptcy has a certain impact on consumer credits. I recently took part in a banking conference dedicated to settling bad debt. It became evident that borrowers under foreign currency loans from a number of banks have already warned the banks that, after 1 July 2015, they intend to use the bankruptcy procedure because they are not able to meet their obligations.

However, there are a number of other aspects which are relevant to foreign companies. Against the background of a non-payment crisis, we observe an increasing number of disputes involving debts being collected from individuals acting as sureties, and from pledgers. Legal entities are especially prominent in failing to meet their obligations towards banks. Where such pledgers and sureties initiate their own bankruptcy, this will substantially weaken the creditors' guarantees.

2013 and 2014 saw an important surge in the number of disputes in which claimants seek to recover losses from the directors and collective executive bodies of business entities. These are not only lawsuits featuring claims based on the Federal Law "On limited liability companies" and the Federal Law "On joint-stock companies" (although publicly available court decisions suggest that, in 2014, the number of such lawsuits considered by commercial ['arbitration'] courts was up by 48%). A 69% increase has also been seen in the number of lawsuits seeking to have controlling persons held liable based on article 10 of the Federal Law "On insolvency (bankruptcy)". The amounts to be recovered on the above grounds are astronomical: billions in bankruptcy cases. But even lesser amounts of liability may turn out to be critical to an individual company director. Bankruptcy may prove to be the tool which controlling persons use to terminate their obligations to recover losses or reduce the amount of liability.

For the time being, there are no grounds to anticipate individuals initiating bankruptcy proceedings on a wide scale, since the legislation has become quite cumbersome; in addition, to implement the relevant procedures would require substantial expenditures. Moreover, about 80% of the amounts in arrears with individuals are classified as unrecoverable. This means that there would be no point in creditors initiating the bankruptcy of such debtors. As before, it will be much easier for banks to transfer the debt to debt collection agencies. However, even at this early stage, companies should keep in view the risk that individuals they are dealing with may go bankrupt.

Important changes have occurred in the regulation of the bankruptcy of credit institutions. The separate Federal Law "On insolvency (bankruptcy) of credit institutions" has now ceased to be effective. Instead, detailed provisions regulating the bankruptcy of this category of debtors have been included in the general bankruptcy law. The main changes aim in the first place to protect creditors' interests. For instance, special attention is given to early reaction and to preventing unlawful actions committed by the bank's executive bodies from having negative consequences. Previously, any completed transactions that treated individual creditors preferentially in terms of settling their claims or caused damage to the bank's creditors, could only be challenged after the relevant credit institution had been declared bankrupt and receivership proceedings were initiated. At present, the law grants this possibility to the bank's provisional administration before a bankruptcy case has been initiated. This is an important guarantee that, for instance, any assets unlawfully disposed of will be returned to the credit institution more quickly. Accordingly, creditors' claims may be settled in greater measure.

Federal Laws Nos. 482-FZ and 476-FZ dated 29 December 2014 significantly amended the general provisions that regulate the bankruptcy of legal entities. Most of these amendments took effect on 29 January 2015. The most fundamental new developments also include enhanced creditors' guarantees and tightened liability for violations in bankruptcy proceedings.

Legislators have strengthened the protection of pledged creditors' rights. For instance, independently of the procedure implemented in bankruptcy proceedings, pledged creditors have obtained the right to vote to elect a court-appointed administrator or a self-regulating organization, or to suspend the receiver. A pledged creditor may keep the pledged property at the stage when a public tender is held.

The degree of administrative liability that debtors' and creditors' managers as well as other parties may face has been significantly strengthened in relation to bankruptcy-related offenses. The amount of administrative fines for such violations has been increased tenfold for most types of breaches.

An important factor in the development of law enforcement practices with regard to bankruptcy matters is the abolition of the Russian Supreme Commercial Court. The Supreme Court has assumed its responsibilities, becoming a single body for both commercial and general jurisdiction courts. Positions previously stated by the Supreme Commercial Court may see significant changes. Unfortunately, it has to be conceded that different judicial panels of the renewed Supreme Court have not yet set up smooth enough liaisons to enable uniform judicial practice when applying bankruptcy legislation.

Based on our experience of providing support in bankruptcy cases, the company, its contracting parties and controlling persons could avoid many adverse consequences by paying heed to bankruptcy legislation in their day-to-day operations. As things stand, one of the most important ways to minimize risks for anyone doing business is to ensure they comply with the requirements of the Federal Law "On insolvency (bankruptcy)".