Daisy Sindelar traveled to six Ukrainian cities to talk to people about what their old family photographs say to them about who they, and their country, are today. This week, Volodymyra Kachmar, 54, an architect, tells her family's story from Lviv.

I was one of those people who never paid attention to history in school — it was just a form of Soviet indoctrination, and it wasn't interesting at all. But when I started to research my family, I suddenly found history very interesting. I had to start from scratch, but at least I got to choose what I was learning. In 2009, I published a book on my family tree.

My ancestors were all priests, teachers, and farmers, and like many Galicians, they were stuck between Orthodox Russians on the one side and Roman Catholic Poles and Austro-Hungarians on the other.

In 1915, after the start of World War I, Austro-Hungarian authorities imprisoned a number of Galicians who were considered "unreliable." This included my great-grandfather, Hryhoriy Hrytsyk, who was a Greek Catholic priest and very active in the narodovtsi pro-Ukrainian populist movement.

He was sent to the Terezin prison camp in what is now the Czech Republic, and then to the Talerhof camp near Graz, in Austria. He spent two years there. 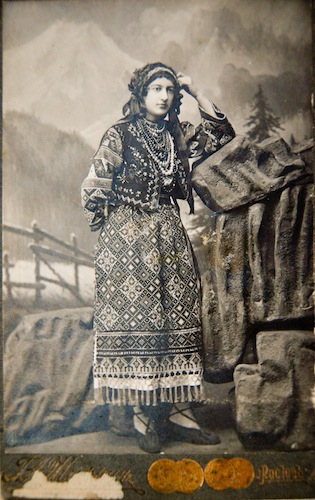 Stefania Hrytsyk, dressed for a cultural performance, Rostov, circa 1916.

My great-grandmother, Maria, had no way to support herself and her children, so she fled to Rostov, where Russian authorities were providing aid to Ukrainian refugees. My grandmother, Stefania Hrytsyk, was around 19 or 20 at the time. It seems like they lived comfortably, all things considered.

After my great-grandfather was released from prison, the family returned to Galicia. My grandmother eventually married Stefan Kachmar, who had served in the war and was also a Greek Catholic priest. That was the way it worked — older priests married their daughters off to young priests.

These girls were raised in religious households and understood what it meant to be a priest's wife — the charity work, the social obligations, the proper behavior. Other girls would have found it a struggle to get used to.

I know for a fact that Stefan was not my grandmother's first love — that was a man who died on the front in World War I. But they still had a good marriage, Stefan and Stefania.

When the Soviets came to power, they made life very hard for Greek Catholic clergy like my grandfather and great-grandfather. They were constantly under pressure to convert to Orthodoxy, as a sign of loyalty, or to give up religion altogether.

My grandfather had 10 junior clerics under his supervision. It would have been very valuable for the Soviets if he had persuaded them all to convert en masse, but he refused to do it, and in 1946 he was shot by a Russian sniper.

They said it was a stray bullet, but his family knew that it wasn't a random incident. The bullet severed his spinal cord; he was paralyzed and died six months later. My father, Orest, was 15.

My other grandfather, Volodymyr Mysyak, was a lawyer and very active in Galicia's Prosvita cultural movement. He graduated from Lviv University and was working in the city of Lyubachiv, in what is now Poland. After Hitler and Stalin divided up Poland in 1939, Lyubachiv ended up on the Soviet side, and that was the end of my grandfather's work as a lawyer. 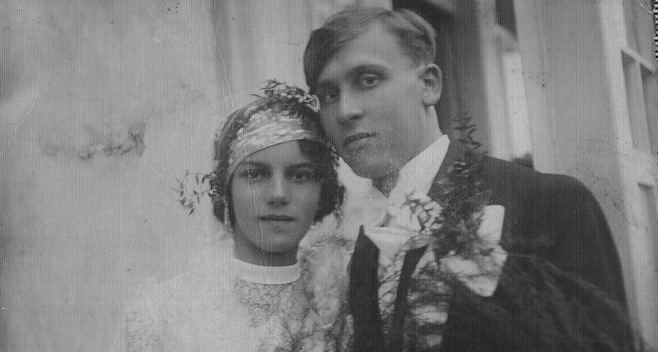 Olha and Volodymyr Mysyak at their wedding, 1933.

He went on to work in forestry, but in May 1941 he was arrested. On June 26th he was executed at the Zamarstynovskiy prison in Lviv, along with hundreds of other western Ukrainians, for "anti-Soviet propaganda." His daughter — my mother, Bohdana — was 6.

At the time, no one knew what had happened to him. Olha, my grandmother, looked for him at the prison, but so many people had been killed and their bodies left to decompose that she couldn't be sure he was among them. She waited for him for the rest of her life.

It was only in the 1990s that the Ukrainian security services released files explaining what had happened to people like my grandfather. In 2000, he was officially rehabilitated. He was never given a proper burial, but his name is engraved on the wall of the prison. 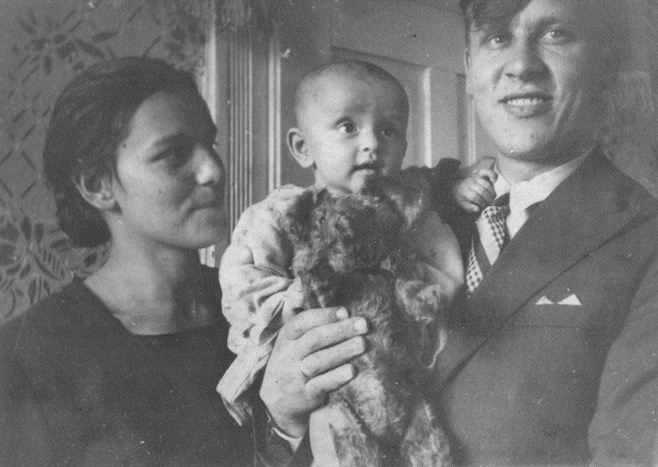 Olha and Volodymyr with baby Bohdana, 1935.

Both of my grandmothers — Stefania and Olha — lived to old age. At one point we all even lived together. There was a 17-year difference in their ages, but they respected each other and got along well, perhaps because their fates were so similar. They're actually buried together.

When my sister and I were growing up, our grandmothers never talked about the past. Particularly Stefania. Her husband wasn't a priest who was shot by the Russians. He was just a "worker who died." She didn't want us to be compromised by our family history.

My sister and I were baptized, but we never went to an actual church. Our schoolteachers were assigned to watch the churches on holidays to see if any of their students went in. We didn't want to be reported. 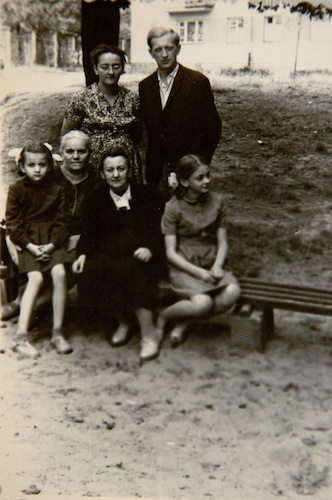 Every branch of my family has people who were killed or imprisoned or forcibly resettled in the 1930s and '40s. All they ever wanted was a country they could call their own.

I can't say I have any hatred toward Russia, but they never saw us as a real nation. They stole our history, and now they're trying to steal it again. 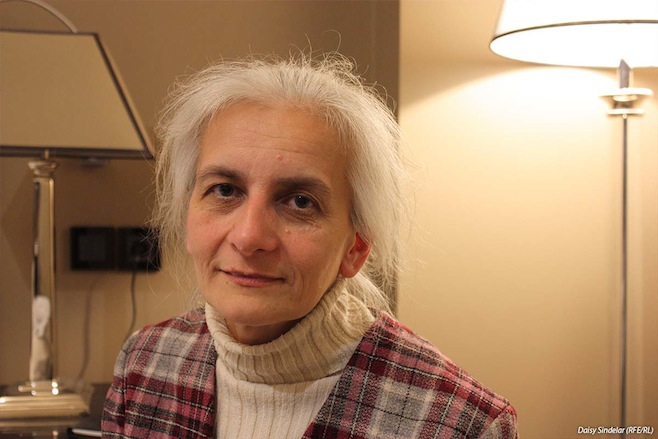 A Russian company has offered a cash bounty of up to 5 million rubles ($71,648) for the destruction or capture of Western-made tanks recently promised...