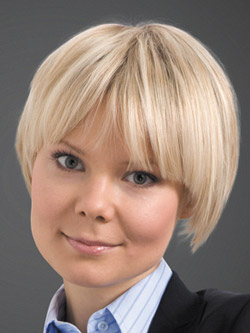 New amendments (effective from Sept. 1, 2014) to the Russian Civil Code (Chapter 4, Part 1) relate, among other things, to the classification of legal entities.

A distinction is still drawn between commercial and non-commercial legal entities and there has been no major change to the legal forms of commercial entities: they include business partnerships and companies, as well as unitary enterprises. The only change is that business entities can no longer take the form of additional liability companies or closed joint-stock companies. Consequently, since Sept. 1, 2014, neither of these is an option for those who want to register a company.

Under the new Civil Code, all legal entities (both commercial and non-commercial) are divided into corporate and unitary entities.

In most cases the main forms for doing business are still companies (LLCs and JSCs), which are now divided into public and non-public companies.

The new Russian Civil Code sets the following criteria for classifying a joint-stock company as a public company:

• Shares and convertible securities of the company are placed up for public offering; or

• Are publicly traded on terms stipulated by the securities laws; or

The key question is, therefore, whether all OAO (open joint-stock companies) have automatically become public companies starting from Sept. 1, 2014. The law enacting these recent amendments states expressly that joint-stock companies established prior to Sept. 1 and satisfying PAO (public joint-stock company) criteria are recognized as such, no matter whether the company name indicates this or not.

Consequently, an OAO should be recognized as public if:

• its name refers to its public status;

• its shares (or other convertible securities) are publicly traded in accordance with the securities legislation;

• its shares (or other convertible securities) were at least once placed publicly and not redeemed prior to Sept. 1, 2014.

It is reasonable to ask what companies unwilling to meet the public company criteria should do and whether it is possible to change from public to non-public status.

We believe the answer is yes. The procedure will most likely be similar to the current one for changing the status of a joint-stock company. According to Clause 23, Resolution No. 19 of the Plenum of the Russian Supreme Arbitration Court dated Nov. 18, 2003, "On certain aspects of applying the Federal Law 'On Joint-Stock Companies'," a joint-stock company changes its status by amending its Articles of Association. There was no ban on transferring from an OAO to a ZAO (closed joint-stock company). So, similarly, if a public company wants to change to being a non-public one, it should probably make relevant amendments to the Articles of Association and include an express provision that its shares may not be publicly placed and traded, i.e., the company should eliminate all factors that might allow it to be classed as a public one.

As for non-public companies, they include all those that do not meet the public company criteria, i.e., OOOs (limited liability companies) and NAOs (non-public joint-stock companies).

The new Civil Code does not envisage any material changes with respect to OOOs, other than developments in the general rules that apply to all legal entities. OOO participants retain their right to decide for themselves how to manage the company.

Nor are there too many significant regulatory changes with respect to NAO compared to ZAO (closed joint-stock company). It is worth noting that deletion of the word "closed" from a company name will not hamper exercise of pre-emptive rights to purchase shares that NAO shareholders intend to sell to third parties. Whereas this right used to be mandatory, it may now be exercised at the shareholders' discretion, provided that relevant provisions are included in the Articles of the company. Thus, NAOs may now provide for share disposal to third parties without observance of any pre-emptive rights.

In addition, an NAO is now entitled (as OOOs were) to demand through the courts exclusion of a company participant that hinders or precludes the company's operations.