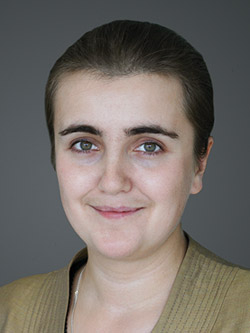 The current difficult macroeconomic situation in Russia and the stressful Russian exchange market have affected those due to make payments under currency transactions.

President Vladimir Putin predicted that it might take a couple of years for the Russian Rouble exchange rate to stabilise. Until then, companies doing business in Russia might want to put extra efforts into mitigating their currency risks deriving from contracts where the price is set in foreign currency.

Russian law allows monetary obligations to be denominated in foreign currencies. Payment is generally made in Russian Roubles, unless it is an import/export contract, etc. The amount subject to payment in Roubles should be determined according to the official exchange rate of the relevant currency on the day of payment (unless the contract provides otherwise). This is stipulated by Article 317 of the Russian Civil Code.

The legislation thus law allows the parties to determine methods for converting their monetary obligations denominated in foreign currency into an equivalent in Russian Roubles. If the parties fail to do so in their contract, the payer may find itself in an unfavourable financial position.

Are huge exchange rate rises grounds for terminating a contract? 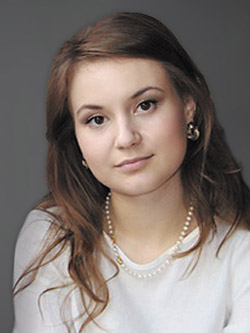 If you want to discharge a contract in which the price is denominated in foreign currency, bear the following in mind.

The Russian legislation generally allows a contract to be terminated or its terms and conditions amended in court, should the circumstances in which the contract was made have changed materially (Article 451 of the Russian Civil Code). During the economic downturn, when the Russian economy found itself in difficulties, parties attempted to enforce the above doctrine in order to terminate contracts in which the price was calculated in foreign currency.

Yet these claims were generally left unsatisfied.

While the Civil Code does permit termination or amendment of a contract in court if the circumstances change materially, a relevant claim may only be satisfied provided the following conditions exist simultaneously:

• when the parties concluded the contract, they did not anticipate such a change of circumstances;

• the change of circumstances was caused by factors that a reasonable party to a contract could not overcome, even acting with due diligence;

• further performance of the contract without its terms and conditions being amended would substantially breach the balance of the parties' economic interests;

• neither business practice nor the essence of the contract entail the risk of change of circumstances being borne by the interested party.

Russian courts do not consider an exchange rate increase as grounds for terminating a contract under the above material change of circumstances doctrine.

First, the courts rule that companies are able to foresee that the Russian Rouble might fluctuate against other currencies. Furthermore, exchange rate fluctuation is a business risk to be borne by companies.

The payer under a currency contract is thus unlikely to get it terminated in court owing to an economy slowdown and corresponding Russian Rouble exchange rate drop.

The advisable way to terminate a contract is to sign a mutual termination agreement. Since this implies that both parties are willing to cancel the contract, in reality the supplier of goods/works/services may claim compensation for early termination of a contract to cover its losses. This is not always an easy option, since compensation sums might be subject to protracted commercial negotiations. Even so, this is the safest way from the legal perspective, since it is expressly provided for in Article 409 of the Russian Civil Code and is supported by Russian courts.

How to mitigate the risk when concluding new currency agreements.

The most effective way is to set a currency rate to be applicable to payments between the parties. This could be in the form of a fixed exchange rate set in the contract.

Another way is to agree a currency corridor, e.g., with the parties agreeing the minimum and maximum fluctuation allowed from the official exchange rate of the Russian Central Bank on the payment date.

The above options are subject to negotiation. The payer is always interested in minimising potential price fluctuations, while the supplier wants to receive a certain and expected amount in foreign currency. In this case, there of plenty of room for dispute over the currency corridor limits.

Consequently, as an alternative, the parties may agree that the payer is entitled to cancel the contract if the exchange rate changes by a specific percentage set in the contract.

The courts might find this reasonable, since the payer would otherwise lose its economic interest in the deal. Russian higher courts adhere to the concept of balance of interests of the parties to a contract. Should such a balance of interests be breached, enforcing the above provision might become a sound reason for the payer to cancel the contract.

In general, in order to ensure the balance of interests of both the payer and the supplier under the currency contract, a mutually beneficial approach must be developed to determining not only the price of the goods and services, but also the way sums to be transferred are to be calculated in Russian Roubles on the day of payment.

In order to minimise the currency risks, correct drafting of payment provisions is a hot topic, since it ensures the balance of interest of the parties and allows them to continue doing business on mutually beneficial terms and conditions, despite the adverse effects of the current macro-economic situation in Russian.

The opposition leader was jailed in one of Moscow’s most notorious prisons following his return to Russia.
nuclear reduction

The accord is the last arms control agreement between the former Cold War rivals.
statute of limitations

Nearly 170 children had allegedly been infected through unsterile gloves and catheters at the pediatric hospital in Russia's Far East.
skeptic public

Just 30% of Russian respondents said they believe that most of their compatriots would receive a Covid-19 vaccine.