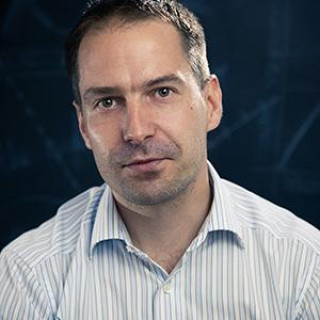 Since the crisis in Ukraine erupted earlier this year, Russian President Vladimir Putin can count on few friends in the European Union, but Hungarian Prime Minister Viktor Orban is one of them.

When Orban returned to power in 2010, he promised to improve Hungary's reputation in the West and open up to the East at the same time. Orban boasted about being the vice president of the center-right European People's Party in the European Parliament, and the slogan of the Hungarian presidency of the European Council in the beginning of 2011 was "For a stronger Europe!"

Orban followed a quite clear Euro-Atlantic political line in his first period as prime minister from 1998 to 2002, and did a lot to prepare Hungary for EU accession in 2004, so this policy line was credible for many.

The Eastern Opening became more and more ideological from 2011, and criticism directed at Orban's government has intensified, both inside and outside Hungary. It was clear that this policy, combined with Orban's protectionist economic policies, led to a deterioration in relations with the West.

Amid the backdrop of this criticism, Orban began to meet with the leaders of Albania, Azerbaijan and Turkmenistan. At these meetings, leaders not only emphasized the need for building economic relations, but also deepening political ties. At the meeting with Azeri President Ilham Aliyev last month, Orban described Azerbaijan as a 'model country."

The change in the relations between Hungary and Russia has been even more spectacular. Orban strongly criticized Russia even as recently as 2008 — when he spoke out against "Putin's puppets" in other European governments, and framed the support for the South Stream project by previous Hungarian prime ministers as a national betrayal — but now he is one of Putin's most important allies in the EU.

It is tempting to explain Orban's turn from a committed Euro-Atlanticist to a friend of Eastern authoritarian regimes in purely ideological terms. In the summer, Orban announced his plans to build up an "illiberal state," a political system that is not committed to the values of liberalism and human rights.

But Orban is a pragmatist for whom ideology only serves as a tool to support economic and political interests. The Eastern Opening in its current form is a reaction to existing political reality, rather than a real, conscious strategy.

The rationale behind Orban's strategy is threefold. First, he really believes that the West and the EU are in decline, therefore opening up to the East and preparing for a world that is no longer dominated by the West is perfectly rational.

Second, as a "push" factor, he expected cheap energy — a fundamental of his populist policies — from countries such as Russia, Azerbaijan and Turkey. Third, as a "pull" factor, he feels more and more that the illiberal political system rife with endemic corruption that he is building in Hungary is not compatible with Western models, therefore the Eastern, authoritarian and hybrid regimes are becoming natural allies.

The problem for Orban is that his gamble on the East is unlikely to pay off. After four years of Eastern Opening, the amount of Hungarian exports to the West have actually increased. We have not seen any real successful results from the Hungarian government's Eastern Opening policy, while diplomatic relations with Western countries — especially with the United States — are in their worst shape since 1990. Even if Orban tries to change course now, it may already be too late.

In short, Orban might fall between the cracks. While Orban remains important for Putin, he is just one of the pro-Putinist politicians in Eastern Europe — they also exist in Slovakia, the Czech Republic and Bulgaria. Orban's new direction has damaged his credibility and image in the West. Placing too much faith in Putin and Russia is a risky strategy.

Peter Kreko is the director of the Political Capital Institute (Budapest).