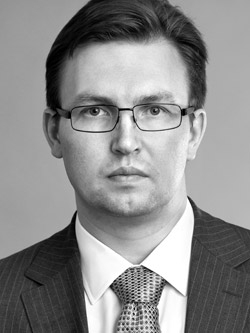 Russian business is trembling in expectation of the new year when major changes recently introduced to the tax legislation will enter into force. There has been a lot of discussion regarding the increase in the rate of the dividend withholding tax, the "tax manoeuvre" impacting the oil industry and the controlled foreign corporation rules. Much less emphasis has been put on the amendments to the Russian Tax Code regarding beneficial ownership.

Russia has a wide network of tax treaties, most of which are based on the OECD model. The treaties normally provide an exemption or reduced withholding tax rate on dividend, interest and royalty payments made by Russian residents to foreign residents. However, the treaty benefits are available only if the recipient is the "beneficial owner" of the relevant income.

This term is rarely defined in the treaties and until recently there has been limited guidance in Russian law and jurisprudence.

The commentary to the OECD model tax treaty (which is technically not binding in Russia but is normally followed by Russian fiscal authorities and courts) clarifies that this term is not used in a narrow technical sense (such as the meaning it has under the trust law of many common law countries). This term should also not be confused with a similar term used in the banking industry for money laundering purposes to refer to the natural person who ultimately controls a legal entity. Instead it should be understood in light of the object and purposes of the treaty, including avoiding double taxation and the prevention of fiscal evasion and avoidance. In particular, an agent or nominee will not be recognised as the beneficial owner if such a person's right to use and enjoy the income is constrained by a contractual, legal or factual obligation to pass on the payment received to another person. 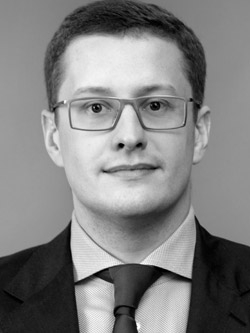 The concept of the beneficial owner is considered one of the anti-abuse provisions in the treaty designed to combat aggressive tax planning that may be applied in parallel with other instruments, such as limitation of benefits clauses, substance over form or the Russian "unjustified tax benefit" doctrine summarized in Resolution No. 53 of the Russian Supreme Arbitration Court.

Historically, Russian tax authorities have been using a formalistic approach when applying the concept denying treaty benefits to agents and other nominees but not looking into the substance of the arrangement. An important revision of the interpretation happened in 2010 when the new position of the Russian fiscal authorities almost led to a Russian capital markets crash only cured by legislative amendment.

On April 9, 2014, the Russian Ministry of Finance released Letter No. 03-00-RZ/16236 on the interpretation of the term "beneficial owner" noting that treaty benefits may be denied to conduit structures when the dividend, interest or royalty income is routed through treaty countries for the benefit of beneficiaries having no treaty protection. The limited role of the intermediary was described as holding a formal title to the income, but deriving no economic benefit from it because of the obligation to transfer the funds further to their actual, i.e. beneficial, owner or because of the limited power it has over such income.

The principles set forth in the commentary to the OECD Model Tax Treaty and the aforementioned letter have now been introduced to the Russian Tax Code, effective from January 1, 2015. A beneficial owner is deemed to be the person that pursuant to direct or indirect ownership or control or other circumstances has the right to independently use and/or dispose of income or the person for the benefit of which another person disposes income. Functions and risks assumed need to be taken into account when determining whether a person is a beneficial owner.

A person will not be recognized as the beneficial owner (and therefore the treaty benefits will be denied) if the person has limited rights with respect to the disposition of income, acts as an intermediary in respect of the income and does not assume any other functions or risks, undertaking to remit (directly or indirectly) income to a third party. The latter however may be recognized as the beneficial owner and, in theory, can claim treaty benefits.

If the beneficial owner is a Russian resident, for tax purposes such income will be deemed to be paid to a Russian person, which may allow the payment to be structured in a tax efficient way, e.g. in respect of the dividend by claiming a full exemption if the Russian "participation exemption" rules are met.

It is the right time to review the existing arrangement and consider, in particular, the following issues:

• Is a foreign company obligated (contractually or otherwise) to distribute all or most of the dividends received from a Russian company to its shareholder(s)?

• Is it imperative to use companies residing in non-treaty countries (such as BVI, Jersey or Cayman Islands)?

• Does the foreign company have enough substance? Does it have sufficient assets and personnel?

• Is any intellectual property developed or created by the foreign licensor?

The recent developments suggest that Russian authorities are shifting their focus from domestic to cross-border arrangements. It is clear that the authorities are prepared to combat the abusive arrangements that have been subject to little scrutiny in the past.

Russia also claimed titles in the men's event, pairs and ice dance in a stunning performance less than three weeks before the Winter Olympics start in...