Contribute Today
By Olga Bantsekina
Nov. 25, 2014
The Employment section did not involve the reporting or the editorial staff of The Moscow Times. 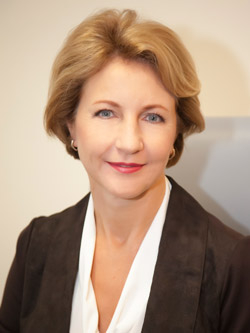 Now that the year of 2014 has almost passed, let us try to estimate it's results from the HR market perspective and see if our forecasts from a year ago have come true.

The year proved to be the most unpredictable, unstable and uncertain in terms of political and economic situation, with the majority of projections from the beginning of the year failing and leaving us wondering what will happen next.

Economic growth in Russia is slowing down, worsened by sanctions and oil price reduction, with the GDP coming closer to zero in the fourth quarter of 2014.

Following the trends (or rather actual lack of reliable lines for development) of the general economic and political situation, the HR market in Russia is also uncertain and extremely multidirectional. Still, let's try to identify the major common trends and also differences.

Although it is hard to believe, there is a substantial number of businesses planning not only to stay at the level of their budgets for 2014, but also to invest more in new production sites or reaching a higher localization level in developing existing enterprises, etc.

These companies do plan a headcount increase in the forthcoming year contrary to the general tendency of headcount freeze or even started or planned redundancies.

The unemployment rate is still low and does not seem to be going through great changes in 2015, so it may rise insufficiently.

There is a clear shortage of talent for all business sectors. Companies are searching for potentials not only all over the country, but also abroad, identifying Russian nationals among students in various universities and testing and interviewing them during their studies for future work in Russian offices.

Despite the normal trend to keep current jobs in the crisis period, the number of employees willing to change employers has increased. Twenty-one percent of employees left companies this year (Hay Group). For the majority, their expectations were above the market. It often leads to situations, when potential employers offer less than candidates expect. Under these circumstances, counter-offers remain the most efficient retention tool.

Despite the normal trend to keep current jobs in the crisis period, the number of employees willing to change employers has increased.

As for the HR budgets in general, those are a big part of the pie for many businesses, thus being of high importance for the management. According to different data and surveys, many companies are making their plans at the levels of 2014, with either a small increase in salaries (at the levels of 5-7 percent, which is not compensating for inflation, not to mention the ruble devaluation), or even without that. In almost all the cases, the companies are not going to fix an average salary increase for all the staff members. Very targeted and selective growth is planned.

As usual, different surveys show different figures of the average salary growth for 2014 — from 6.9 percent to 7.6 percent, which is unexpectedly close to the forecasts of 8.0 for this year. At the moment, 2015 is forecasted at the level of 6-7 percent on average, but it is obvious that interim surveys should be made in the beginning of the year for further adjustments.

In regards to the benefits, they have been rather stable during the last three years — mobile phones, medical insurance and education/training on the top rating list. One of the latest trends here (Human Capital Solutions) is the growing number of companies reviewing their current benefits kits with an explicit tendency towards flexibility and an increase in the variable part of payments.

It seems that during 2014 we have finally realized: the Generation Y is here! Lots of discussion on the topic shows that we (other generations) are still not ready, but have to accept them and also to adapt not only our personal mentality, but also our corporate culture…

During the course of the year, new regulatory burdens in HR were placed on businesses' shoulders. A few of them are listed below.

The draft Law on prohibition of "zayomny trud" (agency labor, outstaffing) has finally become the Federal Law # 116. It is going to come into force on Jan. 1, 2016. Although its final version is much better than that introduced for the first hearing thanks to the efforts of different business associations, it is still bringing a lot of harm not only to staffing agencies as such, but also to their clients, who will not have the option of flexible use of manpower that they may count on in almost all other countries in the world. Of course, agencies are preparing ways to replace services they will not be able to provide anymore and companies are re-considering their contracts with service providers, but this law in general is not going to work for improving the business climate in Russia. It is still absolutely not clear how this law is going to be implemented, who and how is going to accredit the agencies, etc. One of the major concerns of the businesses connected to this law is excluding the part of secondment (trans-border and internal) from its final version, which will become illegal from 01.01.16, provided that a special law will not be adopted by that time and will not come into force simultaneously. The Association of European Businesses is working hard on the issue, we still hope to succeed.

Some more burdens are awaiting in the row for 2015. Cancellation of the limit for salaries for calculation of contributions to the Obligatory Medical Insurance Fund and new law on personal data protection are among them. As they say, that is another story…

I wish a very Merry Christmas and a Happy New Year to all the MT readers. Let your businesses grow, your employees be productive and effective, and the costs decrease!