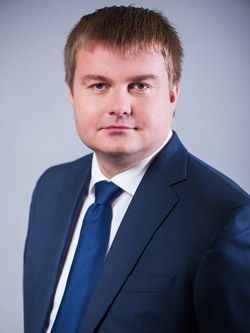 The global recession and the financial crisis have affected all economy sectors, forcing both state and private companies to change their priorities and search for new opportunities. Entering new previously unengaged markets — the developing countries — becomes a logical step in the current situation. While following the events in Ukraine, European and American partners decided to come forward with a set of unilateral measures of economic duress, Russia took the track of closer cooperation with the Asia-Pacific Region (APR).

Russia's energetic activities in APR had started long before the Western sanctions. The main reason is that the East has been occupying an increasingly prominent place in the global economy and politics. As we know, the Asian part represents a significant portion of the total territory of the Russian Federation and it would be an inexcusable lack of foresight to not take advantage of the situation. The authorities announced that joining the integration processes in this region is one of the top priority foreign policy areas, which, inter alia, is closely connected with the implementation of the measures of development of the Far East and Eastern Siberia.

Currently around 40 percent of the global population form part of the APR member economies, with more than 50 percent of GDP and over 40 percent of the world-wide trade accruing to them. For Russia the cooperation with APR is of special importance — even now the share of trade with this region amounts to 25 percent of the whole Russian commodity turnover, and the short-term plan includes an increase thereof up to 40 percent as announced by Russian President Vladimir Putin at the recently held APEC CEO Summit in Beijing.

Activities aimed at the buildup of economic integration in APR are approaching their critical stage in which new opportunities and challenges are inherent. Corporations, private investors and the state will have to join together in order to develop the required infrastructure. For Russian companies, it is now particularly important not to miss the boat because any delay may result in the new economic map of the world being constructed without their participation.

Activities aimed at the buildup of economic integration in the Asia-Pacific Region are approaching their critical stage.

One of the main causes of the phenomenon of the rapid growth of the region's economy is certainly linked to the real estate sector. The prospects of trade development in APR have resulted in a significant increase in construction volumes. While some developed countries run the risk of finding themselves in a situation of overabundant supply, the favourable and long-term economic and demographic conditions intrinsic to APR provide it with a solid platform for future growth which ultimately makes it most lucrative for foreign investors. China, Singapore, Australia, Japan, Malaysia, Indonesia — this is where the eyes of the biggest of them are now directed at. As estimated by some experts, the population of large cities will grow significantly in the years to come. The most active migration to cities is expected in China. Every month millions of people will move to metropolises in the hope of middle-class wellbeing. The consumer boom, the new economic policy in the field of business support, as well as the ever growing international expansion are not only the causes of the active development, but they will also impact the future growth. Even now the amount of investments in Chinese real estate demonstrates that this country is the leader in terms of investments in this sphere throughout APR, and thus one of the global leaders.

Foreign companies have just yet a great opportunity to capture their niche and garner the necessary support. But simply being in the right place at the right time is not enough. Only with an intelligent approach which takes into account the specifics of local business people's character and all the legal niceties one can expect to succeed.

To avoid unpleasant or even embarrassing situations, it is essential to learn in advance the basics of the local business custom. Naturally, certain cobwebs are typical for each country in the region: things that we are used to in the West might not work in the East at all. An important detail of doing business in the majority of the APR countries is that a high value is set here on personal relations, as well as on the principle of always driving a nail home to the head. These aspects are of much greater importance than all formal documents or serious connections. Deplorable consequences can result from, for example, impudence, familiarity and rudeness during communication, or if you decide to 'lie on your oars' after having made a deal and consider some minor agreements non-binding. Here people rely more on a partner's good faith than on properly drafted contracts. Any non-redemption by you of your promises casts a shadow upon your partner, which is unacceptable for the latter. On the other hand, this should be considered an upside — you can confidently request the same from your partner, and he/she will treat it with due respect.

As far as the legislation is concerned, it is quite complicated and voluminous as regards foreign companies. As with the business etiquette there are many peculiarities here. For instance, in China they acknowledge the private ownership right to real estate. The private ownership right to land is a different story. According to the legislation of PRC all land is state owned. In the event of the purchase of immovable property or construction of property items, the land plot is provided for long-term use: for one term in case of residential property and for another in case of commercial real estate. Upon the expiration of the said term, the right to use the land plot may be extended.

These are just a few examples of the cobwebs that have to be thought about long and hard in advance when working out your strategy of market penetration and further business development. The time spent for their careful examination will pay off in spades. But if you don't have such time it is better to refer to professional advisors who have gained a vast amount of experience in this region. Having access to high-quality professional assistance in both legal and financial aspects of organizing a business in APR is of the utmost importance. Mediator services will make it possible to optimize the process at all stages — from company registration and search for business partners and investors to the resolution of conflicts and cost minimization. The expenses you will bear in connection with these services are much lower than a possible loss due to attempts to cope with everything using your own resources.

Summing up it is safe to say that the cooperation with the APR countries will help our state to abandon its years-long dependence — the excessive orientation towards Europe and USA, and the business, in its turn, will be provided with new opportunities to operate in the markets of the most rapidly developing region. The geographic proximity and the rather long history of relationships between Russia and a number of APR countries secure perfect confidence in the ability of this course to succeed. We are witnesses to the establishment of a new world order and are watching it from the first row of seats. How quickly Russian companies move from observation to action will to a large extent determine their further success.