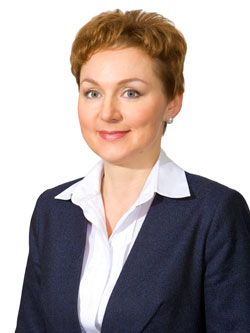 In 2014, the reform of Russia's highest courts has become a new factor influencing the way case law is established. Bankruptcy cases are no exception. When the court system was reorganized, the functions of Russia's Supreme State Commercial ('Arbitration') Court (the 'SCC') passed to the newly constituted Supreme Court of the Russian Federation (the 'Supreme Court'). In addition, a new court body has been set up for cases considered by state commercial ('arbitration') courts. This is the Judicial Board for Economic Disputes under the Russian Supreme Court, which performs the function of a second cassation court. At the same time, the Russian Supreme Court has other judicial boards that, within cassation procedures, consider how to apply bankruptcy laws. These boards are the Supreme Court's Judicial Board for Administrative Cases and Judicial Board for Civil Cases. Therefore, from this year on, attention needs to be paid not only to legal positions are formed at the level of circuit state commercial ('arbitration') courts that act as the first cassation authorities. The legal positions of the above judicial boards and the Presidium of the Supreme Court should also be taken into consideration.

Unfortunately, critics of court reform seem to be vindicated in their pessimistic forecasts by the first results of the Supreme Court's consideration of disputes in which bankruptcy legislation is applied. A single supreme court was created because there was an intention to form uniform case law. However, using bankruptcy cases as an example, it is evident that, when they consider cases, the Judicial Boards for Civil and Administrative Cases repeatedly ignore specific aspects of bankruptcy laws and the established practice of state commercial ('arbitration') courts regarding most issues. In particular, the fundamental approach is now being disregarded that specific legal rules of bankruptcy legislation should prevail over general rules of law, both substantive and procedural.

Since the Judicial Board for Economic Disputes started to act as a new cassation authority for bankruptcy cases, a number of important legal positions have been worked out. For the first time, a new approach has been defined concerning article 142(4) of the Federal Law 'On insolvency (bankruptcy)', which provides that claims must be made within two months during administration or receivership proceedings. This period is calculated starting from the date on which a notice is published that receivership proceedings have been initiated, but only in respect of creditors to which the debtor already has outstanding financial obligations or obligations that are treated as due by virtue of an express provision of bankruptcy legislation. If a creditor makes a claim that does not concern current obligations after the register of creditor's claims has been closed, the period should be calculated from the date when the relevant liability arises.

One of the main trends in 2014 has been the position of creditors being strengthened in terms of their ability to counteract abuses of parties involved in bankruptcy cases. Creditors also have an opportunity to directly influence the amount of a bankruptcy estate and to increase it by challenging a debtor's transactions.

To prevent unjustified claims from being included in the register of creditor's claims, the Plenum of the SCC issued Resolution No. 12 dated 14 March 2014. In this Resolution, the SCC has recognized that any creditor may raise objections to other creditors' claims based on the limitation period having expired. Primarily, the goal is to exclude cases when a court-appointed administrator is either not competent or biased in declaring that a creditor filing a claim has failed to meet the limitation period, which reduces other creditors' chance that the debtor will discharge its liability to them.

This year challenging a debtor's deals has been more actively used as a tool to increase the bankruptcy estate. Restitution has been widely used when deals were held to be invalid for specific reasons envisaged by bankruptcy legislation. Besides, court practice has demonstrated that other legal implications relating to invalidity may be applied for the benefit of creditors. For instance, the SCC confirmed that it is possible for income to be recovered in favour of a debtor from a party to a transaction that has been invalidated. The amount recoverable is equal to the income the debtor could have received had it used the property transferred under the deal.

Court practice in respect of bankruptcy cases has made considerable changes in 2014 to the priority for creditor's claims to be satisfied. Resolutions No. 36 and 37 of the SCC Plenum dated June 6 2014 have provided clarification concerning the priority of current obligations to be discharged by a debtor. They have also set different responsibilities in terms of ensuring that the priority order is complied with, for a court-appointed administrator and a bank that executes an order with regard to the debtor's account. The key aspect is the legal position formulated in Resolution No. 36. It provides that in any bankruptcy procedure, it is the credit institution that is responsible for overseeing compliance with the order of priority for current payments stipulated by Article 134(2) of the Law on Bankruptcy. An exception concerns orders in respect of the account that an external administrator or a receiver has made.

To sum up, we hope that the judicial boards under the Russian Supreme Court will eventually work together to reach a common denominator in case law. Moreover, it is to be hoped that this case law will be based on the time-proven rules, which were clear to business, from the 20-year experience of state commercial courts in applying bankruptcy legislation.