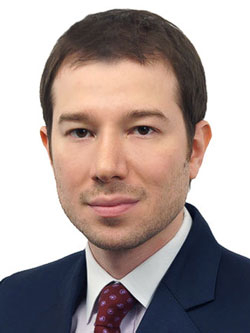 In a modern market economy, one of the foundations of the effective development of business relationships is the principle of "freedom of contract", that is, the ability of two parties to a transaction, while remaining within the bounds of the law, to formulate in their agreement rules of the game that suit both parties. At the legislative level, this "freedom" is made possible by so-called non-peremptory norms (or non-mandatory norms), that is, provisions of law that apply unless the parties have agreed otherwise. In other words, a norm is non-peremptory if the parties can themselves decide to apply it as formulated by legislators or, alternatively, decide to modify the norm (or in some cases disregard it entirely) in their business arrangements. Needless to say, this "freedom" cannot be absolute, and the state sets certain limits that are binding on market participants. These binding rules, which cannot be modified or negated, are reflected in peremptory norms.

In Russian law, a system has developed historically in which most legislative norms defining the rights and obligations of the parties to a contract are construed as peremptory, unless the law explicitly states that they are non-peremptory. In March of this year, the Plenum of the Supreme Commercial Court (hereinafter the "SCC") of the Russian Federation adopted its momentous Resolution No. 16 "On Freedom of Contract and Its Limits" (hereinafter the "SCC Resolution"), in which it provided key clarifications regarding a court's ability to characterize a norm as peremptory or non-peremptory:

Thus, the resolution lays out a set of criteria that can be used to establish that a provision is non-peremptory, even when the law does not explicitly say so. Reference to the criteria of non-peremptory norms allows the parties to a contract to "exercise" freedom of contract in practice. 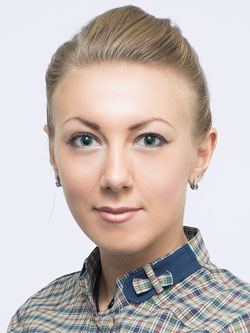 Moreover, a provision of law that sets any limit on freedom of contract is held to be peremptory only if, in light of the objectives of legislative regulation, such a characterization is necessary to protect important interests protected by law (the interests of a weak party to a contract, third parties, the public interest, etc.).

At the same time, some contractual provisions other than non-peremptory norms may be declared void by a court, if a court considers that their application manifestly upsets the balance of the parties and imposes unfair conditions on a weak party.

Let us apply the clarifications from the SCC Resolution to the provisions of the Russian Civil Code that regulate lease relations.

The SCC Resolution may also change market practice in the application of legislative provisions concerning how responsibility for defects in leased property is allocated between a lessee and a lessor. In particular, the Civil Code contains the general rule that a lessor is not liable for defects in property of which the lessee is aware and/or defects that were discoverable by the lessee at the time of acceptance. Prior to the adoption of the SCC Resolution, the prevailing interpretation of this rule was a conservative one, according to which any provisions of a lease agreement that purport to impose liability on the lessor for deficiencies in the property that were known to the lessee would certainly be considered invalid. Considering the expanded interpretation of "freedom of contract" established by the SCC Resolution, the above reading of the Civil Code's provisions may change. Most experts agree that the relevant norm of the Civil Code is non-peremptory: parties can nonetheless stipulate in the agreement that the lessor is liable for defects in the leased property, even when the lessee (i) was aware of them beforehand or (ii) did not discover them when accepting the leased property.

The SCC Resolution may create certain difficulties for economic actors who risk being guided by its clarifications when agreeing on the terms of a lease agreement. In particular, if parties decide to alter peremptory norms that cannot be changed by agreement of the parties, the contract may be held invalid in that part. In our view however, as the court practice develops, conditions will be determined for expanding the boundaries of the freedom of contract, as a prerequisite for the successful functioning of the Russian economy.