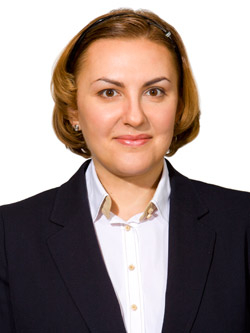 Under the law, directors must act in 'good faith' and 'reasonably' when performing their duties. The Resolution specifies that this means a director taking steps that are necessary and sufficient for the legal entity's business purposes to be achieved, and ensuring that the legal entity properly performs its statutory duties. Therefore, if a company is held liable in terms of public law (i.e. for violations in areas such as tax or administrative law) because a director has acted in bad faith or unreasonably, the company may in certain circumstances recover the resulting losses from the director.

A court may refuse to allow a company to recover the above expenses from the director if the director can justify his acts or omissions as being reasonable and carried out in good faith. If it was not obvious that the company's acts or omissions, when they were put in place, would be classified as an administrative breach, this may vindicate the director. And the basis for an administrative offense not being obvious may be the inconsistent way in which state authorities enforce the law, meaning that no clear conclusion could be reached as to whether the company had committed actions that would subsequently be regarded as a violation.

To prove that the company's acts or omissions could not have been foreseen as an administrative violation, the director may put forward opinions from prominent lawyers alongside explanations issued by state authorities. These should confirm that the company's acts or omissions were legitimate at the time, despite later being classified as an administrative breach.

State authorities issue explanations in response to requests from a company, as well as official requests from lawyers who have the status of attorneys; if an attorney makes the request, there is no need to disclose information about the company with respect to which the request is made. State authorities must generally provide their explanations within one month after they receive the relevant request (this is treated as being the date when the request is registered with the administrative office).

According to clause 5 of the Resolution, losses that involve money the company has spent on hiring third-party service providers may be recovered from the director in the following circumstances:

• the director acted in bad faith or failed to be reasonable when selecting representatives, counterparties and employees and when overseeing their actions;

• the company's management system was not properly organized;

• the director engaged third parties so that he could avoid liability;

• the director violated the company's procedures with respect to selecting and supervising the actions of representatives, counterparties and employees.

The Plenum of the Russian Supreme Commercial ('Arbitration') Court pointed out in the Resolution that commercial ('arbitration') courts, when assessing whether a director has demonstrated good faith and reasonableness, should take into account what direct responsibilities he has. They should also consider common business practice and the scale of the activities the company undertakes. In our opinion, companies are advised to consider how they can cut the risk of directors bearing personal property liability if a company is accused of violating administrative law. It is also vital to bear in mind that directors may need to show that they have taken reasonable care when choosing and overseeing the work of representatives, counterparties and employees. To this end, we believe that companies should put in place and follow:

• a hierarchical organizational and personnel structure which includes different officers having different organizational, management, administrative and economic functions for various lines of the company's business,

• procedures for selecting and overseeing the work of representatives, counterparties and employees.

Should any disputes arise, we recommend that a company point to regulations of business units, staffing tables, job descriptions, employment contracts, orders to appoint officers to positions, and policies, along with formal procedures for implementing them.

If these are followed, it is a powerful argument that directors have acted reasonably and in good faith.