The premiere of a new opera was canceled in St. Petersburg after both the refusal of yet another venue to hold it and an assault on the opera's composer.

Called "New Jerusalem," the opera composed by award-winning local composer Ilya Demutsky with librettist Artyom Suslov will not premiere in the city due to the worsening political and cultural climate, Demutsky said in an interview.

With its main character a hunter for pedophiles, the opera's premiere had already been canceled by the Lendoc studios, where it was originally scheduled to be held on April 4 and 5, following reported calls from the police and authorities to the venue's management. However, a recent physical attack on Demutsky himself came as a total surprise, he said.

According to Demutsky, he was invited via e-mail for an interview allegedly with the Moscow-based liberal television channel Dozhd, but when he arrived to meet a television crew outside the St. Petersburg State Conservatory at 3 p.m. on Aug. 17, he was attacked by a man who emerged from around the corner with a scarf wrapped around his face.

Demutsky said he ran across the square to the Mariinsky Theater to hide inside while the attacker followed him and repeatedly attempted to use a taser on him. A clash between the two then occurred outside the theater, with a window being broken and Demutsky's wrist cut deeply by a glass shard. The attacker then ran away after the Mariinsky Theater's security guards ran out of the building.

Following the attack, a note was found on the site saying "Pedophile Ilya. One more opera and you'll be in the graveyard. Leave for your motherland, for the U.S."

After reporting the attack to the police, Demutsky received a series of threats via e-mail in which anonymous people demanded that he revoke his police report, Vitaly Cherkasov, Demutsky's lawyer and part of the Agora human rights group, told the media last week.

In an interview with The Moscow Times, Demutsky said he suspected that certain officials were behind the attack rather than grassroots Orthodox activists.

Demutsky, 31, became widely known last year after being awarded first prize in a European composition competition, "2 Agosto," and a medal from the president of Italy, Giorgio Napolitano, for musical work inspired by an imprisoned member of the feminist punk band Pussy Riot. "The Final Statement of the Accused" is a 10-minute piece for mezzo-soprano and orchestra based on Pussy Riot member Maria Alyokhina's closing remarks at the controversial Pussy Riot trial in Moscow on Aug. 8, 2012.

According to Demutsky, his new opera deals with a group of hunters for pedophiles — not unlike the one led by extreme nationalist Maxim Martsinkevich, also known as "Tesak" (Hatchet or Hand Ax), who was sentenced to five years for inciting ethnic hatred in Moscow on Aug. 18. Called "Occupy Pedophilia," Martsinkevich's group reportedly lured people via fake accounts, set appointments and then tortured and humiliated them on video.

"Tesak could probably be seen as the prototype for the main character, but the meaning of the opera is that a hunter for pedophiles kills a pedophile during one of his hunts, and then I raise philosophical, religious, moral and aesthetic issues. Does he have the right to do this? Even if we understand perfectly that pedophilia is a crime — that it is disgusting — does he still have the right to kill a person in the name of some higher purpose? That's what the opera is about."

According to Demutsky, the controversy and pressure was caused by the phrase "hunters for pedophiles," which was used to describe the opera's subject, rather than its actual content.

"There is almost no action. There is a brief murder scene in the beginning but without any flesh and blood," he said. 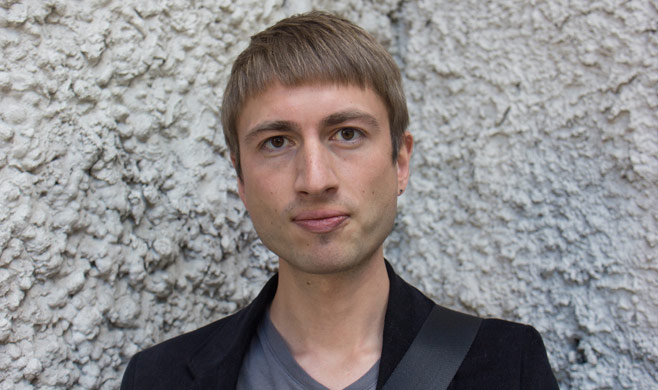 Demutsky's opera has yet to open.

"A pedophile is being burned at the stake and dies singing, but what follows is a dialogue between God and the hunter, where God asks: 'Did you have the right to do this in my name? Who do you think you are, a doctor or inquisitor?' We try to deal with these kind of questions."

Demutsky said poet and theater producer Suslov wrote to him on a social network and offered his libretto for a possible opera in late August 2013.

"Having read the libretto, I understood that it might be interesting on stage, especially because it was well written and dealt with difficult subjects, and I think such things have not yet been done in the opera scene," Demutsky said.

"I thought it would be something innovative, not from the point of view of my work as a composer, but of the themes dealt with in the opera. It's in classical form, written in the complex Russian language, in verse, but it has an absolutely contemporary plot. At the same time, it touches on philosophical, ethical and moral issues, and we embody it in music as an opera, with classical beautiful voices, in my style, with nothing avant-garde. So I agreed."

Having composed "New Jerusalem" for 3 1/2 months, Demutsky then put together a low-budget, chamber production of the opera with Suslov to premiere in St. Petersburg. Demutsky said they used their own funds to pay small fees to soloists and musicians, who mostly agreed to take part because they were interested in the work.

According to Demutsky, the controversy started partly due to a provocative promotional video made for the original premiere by Suslov featuring a teenage female model.

"Perhaps it was the video that somewhat drew attention from some officials because the next day — after we had the first rehearsal with an orchestra, several days ahead of the premiere — [Suslov] called me and said he was told that the police were coming to look into the content of the opera," Demutsky said.

"He was told [by the police] that they were against the subject of pedophilia. They called both him, as the director of the production, and the management of Lendoc from whom we rented the room."

Demutsky said he canceled both the rehearsal and premiere so as not to cause problems for the soloists, who included the Mariinsky Theater's mezzo-soprano Lyubov Sokolova.

"I thought that we should not implicate them in it — that it was our problem and we will sort it out ourselves," Demutsky said. "I did not want Lyubov Sokolova to be questioned by the police."

Demutsky said he also received calls from people who did not introduce themselves but said they were supporters and were connected with the city's cultural committee and advised him to cancel the opera for the sake of his future career.

"With the female voice, I had a heated debate because I was really infuriated. I said, 'Explain to me what your claims are and what offices I should go to in order to negotiate the content of my opera. Maybe you will provide me with the list of subjects that I can touch upon in my work?' To this, I was told, 'Well, you have understood us,' and that was the end of the conversation."

After the premiere at Lendoc was canceled. It was then postponed to October, when it was to be held at the new Contour Family art space where Suslov was planning to open a theater studio, Contour Opera.

Both the premiere and theater, which was set to open with "New Jerusalem," were abandoned altogether on Aug. 18, the day after the attack on Demutsky, when the venue's management opposed the opera under the reported pressure of the Petrogradsky district administration.

Both venues have since denied any outside pressure, explaining to the media that they made the decision themselves.