SOCHI — Tucked among a variety of places offering Caucasus food and drinking traditions is an unexpected find: an Irish pub.

Harat's, part of a chain of 24 pubs across Russia, does not adhere to all the traditions of an Irish pub and offers some local color as well.

Guests are allowed to smoke inside, the cider is not that good, and the music is too loud. But with a casual atmosphere, the pub attracted a diverse crowd even on a Monday night, including trendy young locals and people who came to Sochi for the Winter Olympics.

The pub, hidden on an embankment of the Sochi River, greets visitors with loud Russian songs complete with curse-filled lyrics and a bartender who just cannot stop dancing. People with Olympic badges are not very welcome, but all conversations drift to the games sooner or later anyway. 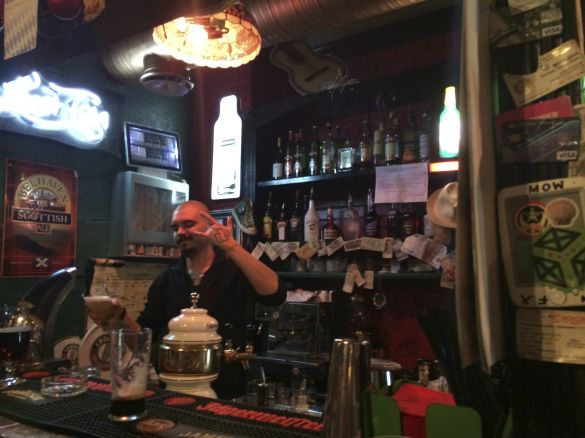 Sergei, who arrived in Sochi from Moscow in May and loves to dance, said nothing has changed in the city for the last month. "It was a large construction site, and it still is," he said.

Asked whether he would cheer for the Russian athletes, he said: "The only sport that I like is women's beach football. But of course I will cheer for Russia. Is it possible not to cheer for them after they spent more than $50 billion on themselves?"

Russia has spent $51 billion preparing for the games, and critics fear that a portion of the money has disappeared into people's pockets.

Sitting at the bar, Vladimir, a native of the Kazakh city of Almaty who works as deputy head of a construction company that built two tunnels for the Olympics, was particularly talkative after several pints of beer. But he insisted that it would be impossible to steal money allocated for the construction of Olympic facilities. 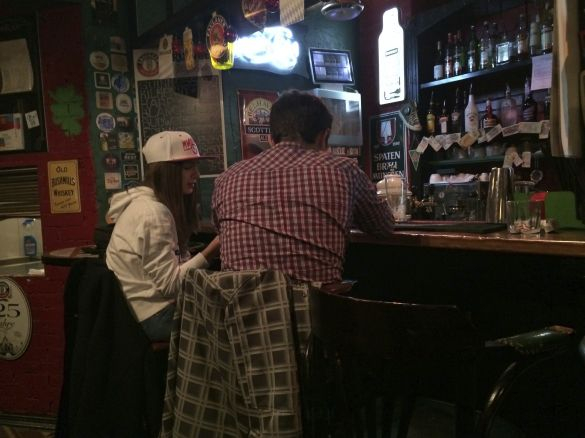 He explained that when a construction company gets a contract earmarking exactly 2 million rubles for a stretch of tunnel, it is impossible to alter the contract later to obtain extra funds.

Sergei, however, was sure that a large-scale corruption had occurred during the Olympic construction, which press reports say has included work on Sochi residences used by President Vladimir Putin and Prime Minster Dmitry Medvedev.

"They have used the Olympics to provide for themselves until at least a serene old age," he said. "It became clear when I saw how the construction of Putin's dacha was going. It is well hidden beyond a high fence, but it is obvious that it is huge."

Vladimir, who collects a stately monthly salary of 60,000 rubles ($1,690) with his Olympics job, was particularly generous and paid for a round of drinks for his neighbors at the bar and the bartender.

"To the Olympics?" I said, raising a glass.