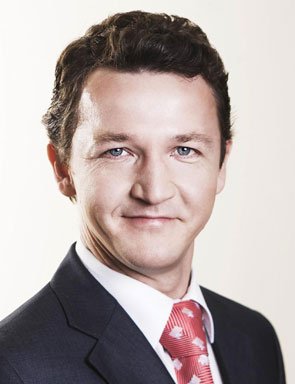 Foreign investors often arrive in Russia through companies incorporated in places like the Netherlands, Luxembourg, Cyprus and Switzerland, which are high on the list of the most popular jurisdictions in Russia. These companies are often created with a view to investing or are designed to finance other group companies. Though the above countries, of course, fall outside the definition of "offshore" jurisdictions, such structures could also be affected by measures for the "deoffshorization" of the Russian economy. Therefore, it is advisable for companies that are part of international holding structures to undertake a "stock take" in 2014 to check whether they face any risks and to take the steps that are needed so that the holding structure and its Russian subdivisions can work in peace in the future.

In December, in his annual address to the Federal Assembly, Vladimir Putin announced measures to "deoffshorize" the Russian economy. It is beyond doubt that significant public resources will be allocated to ensure that the Russian President's wishes become reality.

According to media reports, the Russian Finance Ministry and Economics Ministry have been instructed to put forward, by May 19, 2014, concrete proposals and draft legislation aimed at combating the use of low-tax jurisdictions to minimize tax payments. As a result, radical changes in tax legislation in this area could be in effect as early as 2015. It is hard to forecast now exactly what form these may take, and therefore to make specific recommendations, but it is already possible to make out general trends that will have to be considered and discussed.

In the very near future, it is proposed to ratify the 1998 Convention of the Council of Europe and the OECD on mutual assistance in tax matters. There are already 63 signatories to the Convention, and it extends to the UK's overseas territories. It provides not only for 'standard' information to be supplied on request, but for information automatically to be exchanged, for one-off ("parallel") and joint tax audits to be held involving tax authorities from two or several countries, and for assistance to be given in recovering taxes.

Russia is also one of the 121 states involved in the Global Forum on Transparency and Exchange of Information for Tax Purposes. This gives a framework for representatives of the tax administrations of member states more or less constantly to discuss problems in exchanging information and to find new ways to improve such exchanges.

Within the OECD, a unified standard for exchanging data is being devised. It is anticipated that this will be put forward for discussion and adopted during 2014, allowing the mechanism for exchanging information to be effective from 2015.

Secondly, amendments to the Tax Code are under discussion, and a definition may be brought in of a legal entity's tax residency. Currently, residency and the regime for taxing legal entities are generally based on a single factor — the place of establishment (state registration) of the legal entity. Russia's double taxation treaties with other countries (including the Netherlands, Luxembourg and Cyprus) also contain other indicators of a legal entity's residency but in practice these are applied extremely rarely. However, it is specifically a legal entity's residency that determines whether or not its "worldwide income" (i.e. income earned outside Russia) is taxable, and the formal non-residency of offshore companies does not now allow their income to be taxed abroad.

It is now being considered whether to introduce as the main or at least a significant criterion an actual place of management test (as accepted in common law countries including the UK and Canada). It is hard to predict to what extent approaches devised in those countries could be assimilated into the Russian legal system, but it is highly likely that their experience could be studied and implemented here at least to some degree.

Thirdly, a definition of a controlled foreign company (CFC) will be introduced into the Tax Code along with a regime for taxing CFCs. The notion of a CFC presupposes that the undistributed profit of a foreign subsidiary will be taxed as income of the Russian parent company. It appears that this notion will not be applied in Russia in the opposite situation, i.e. when holding structures have a head office abroad. It cannot be ruled out that the tax authorities will aim to tax the undistributed profit of such parent companies by showing that they are controlled in Russia not just in fact but also in legal terms (by the ultimate beneficial owner through trust companies or in another way).

Arguably these risks will have a greater effect on holding structures in which foreign companies have an obvious formal involvement, both intermediate and final. It may be proved that membership of a particular company is purely formal through a lack of assets or staff (or these being clearly disproportionate to the stated purpose of the company's activity), as well as through the lack of any operations except for receiving and transferring money, important decisions actually being taken by another person, there being no profit or some kind of market margin accrued in connection with the activities undertaken and so on.

At the same time, such a significant change in the law seems to affect almost all international corporations acting through Russian-based companies. To put it mildly, the level of legal literacy, professionalism and competence in international tax matters in this country leaves much to be desired, and this certainly means that basic concepts and rules of law are interpreted in an arbitrary manner. This is as clear as day from the confusion and capricious interpretations that crop up whenever a tax dispute involves international treaties and concepts that are unusual for Russian practice such as thin capitalization, a conduit company, and the beneficial owner (actual recipient) of income. There seems little doubt that in many circumstances, when an English judge would regard a company and its activities as "real," the Russian tax authorities may suspect that there is an "unjustified tax benefit."

The bottom line is that our country is only at the start of the path. Taxpayers, tax inspectors and courts all need more time to develop the expertise they need, to study experience in other countries, and to devise unified approaches to matters that in Europe and the U.S. have been discussed and tested out over decades of practice. Another point to add is the complete lack of translated literature and fundamental documents of the OECD in the area of taxation; after all, in Russia the standard of English is not especially high.

It must be hoped that the government, despite its wish to use "deoffshorization" to fill the state coffers, will avoid knee-jerk reactions and will allow law enforcement bodies and tax authorities time to prepare for the new way of doing things. Punishment should be for those who are genuinely trying to evade taxes, and not those who have simply lacked time to get a grasp of the new tax rules.