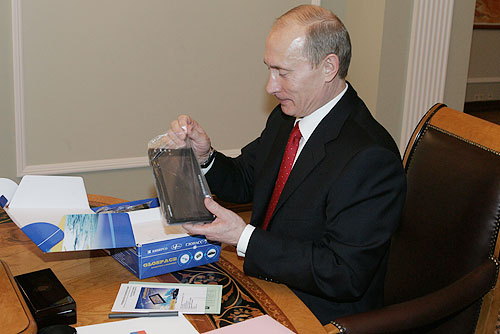 A newly-passed law backed by congressional Republicans and intelligence agencies thwarts Russian plans to build monitor stations for Russia's satellite navigation system on American soil on the grounds that they could be used to spy on the U.S.

For the stations to be built under the new law, the secretary of defense and the director of national intelligence would have to certify to Congress that the stations would not be used for Russian counterintelligence, to heighten the precision of Russian weapons or to undermine the United States' own satellite navigation system, the Global Positioning System, or GPS.

They could also potentially waive these requirements on national security grounds, the law signed by U.S. President Barack Obama on Thursday says.

"The idea was to make it next to impossible, if not impossible, to do this," a House Republican aide involved in the process told The New York Times anonymously. "We also took the State Department out of the loop since they were the ones who caused all the trouble in the first place."

Russia first proposed constructing about half a dozen monitor stations to improve the accuracy of the Russian system Glonass, or Global Navigation Satellite System, in May 2012.

The proposal sparking disagreement between the State Department, who viewed allowing the stations as a potential salve for strained relations with Russia, and the Pentagon and Central Intelligence Agency, who saw in them a counterintelligence and military threat.

Congressional Republicans spoke out against allowing the stations, and in recent weeks members of the intelligence and armed services committees worked to bar their construction with the new measure.

Russian President Vladimir Putin has made constructing the stations a priority, not only in order to improve Glonass as a domestic service but also to raise it to the level of a contender with the preeminent GPS system.

Security analysts have said that Russia wants to avoid reliance on GPS for fear that the U.S. could one day employ its control over the system to strategic military advantage.