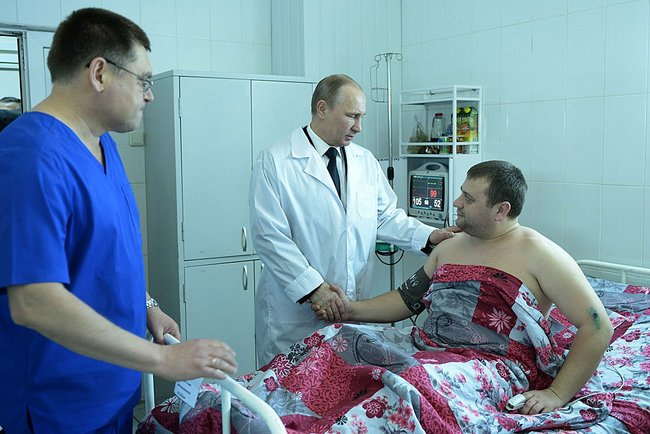 President Vladimir Putin while visiting one of the victims of the Volgograd attacks in a hospital on New Year's Day. (kremlin.ru)

President Vladimir Putin paid a New Year's Day visit to a hospital in Volgograd and talked with some of the victims of two apparent suicide bombings, while thousands of police officers swept the city in an anti-terror raid.

"The hideousness of the crimes that were committed here, in Volgograd, needs no additional comment," Putin said at a meeting with top security officials who joined him in Volgograd on Wednesday, the Kremlin's press service reported.

"No matter what motives the criminals had for their actions, there is no justification for crimes against civilians, particularly against women and children," Putin said at a meeting with Federal Security Service head Alexander Bortnikov, Interior Minister Vladimir Kolokoltsev and top regional officials. 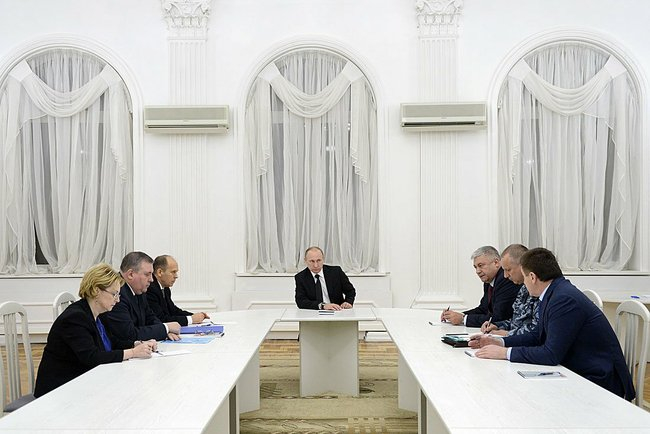 A woman injured in one of the bombings told Putin from her hospital bed that "the people of Volgograd have a strong spirit, it won't be broken this easily."

Volgograd was the site of major battle in World War II and a landmark victory over the Nazis that turned the tide of the war and many residents take pride in their city's heroic past. 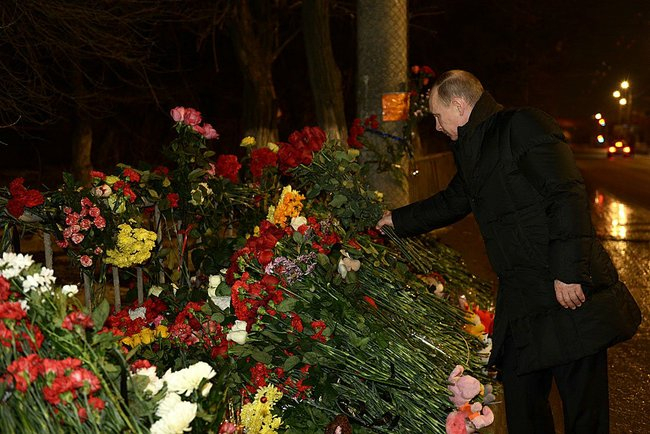 Putin adding a bouquet of red roses to a mountain of flowers at the site of the bomb attack. (kremlin.ru)

More than 3,000 local police officers were on duty on New Year's Eve, sweeping the city in the "whirlwind anti-terror" raid, the Volgograd Interior Ministry branch said in a statement on Wednesday.

The police searched the basements and attics of more than 2,700 apartment buildings, inspected more than 100 parking lots and two dozen bus terminals in a move to tighten security after the two bombings that latest reports say killed 34 people and injured about 70 others. 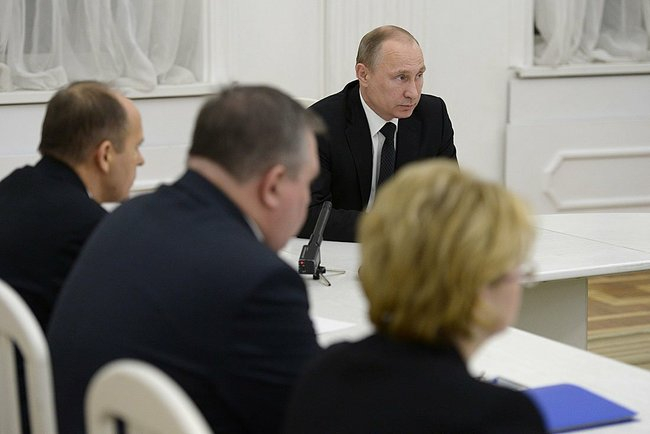 Putin discussing anti-terror measures in the wake of the Volgograd attacks at a meeting with top officials. (kremlin.ru)

The police seized 11 kilograms of drugs and 102 firearms, and investigated 185 migrants, two of whom were in Russia illegally, the ministry said.

Putin broke with tradition on New Year's Eve, delivering a second address to the nation to talk about some of the challenges the country faced, including the bombings in Volgograd that cast doubts on Russia's security ahead of the 2014 Sochi Olympic Games, scheduled to take place 700 kilometers away from Volgograd in five weeks.

" We bow our heads before the victims of the cruel terrorist attacks," Putin said in the speech. " We will continue fighting terrorists in a tough and relentless manner until they have been completely eliminated."