This year, autumn lasted longer than usual. After a brief cold spell in September, temperatures reached record-breaking highs and the sun shone like it was summer. Today we are seeing the first snowfall of what will certainly be a long and cold winter.

But for now, here are a selection of photos from Moscow Times photographer Vladimir Filonov showing how Muscovites spent their time this fall in a city awash with color. 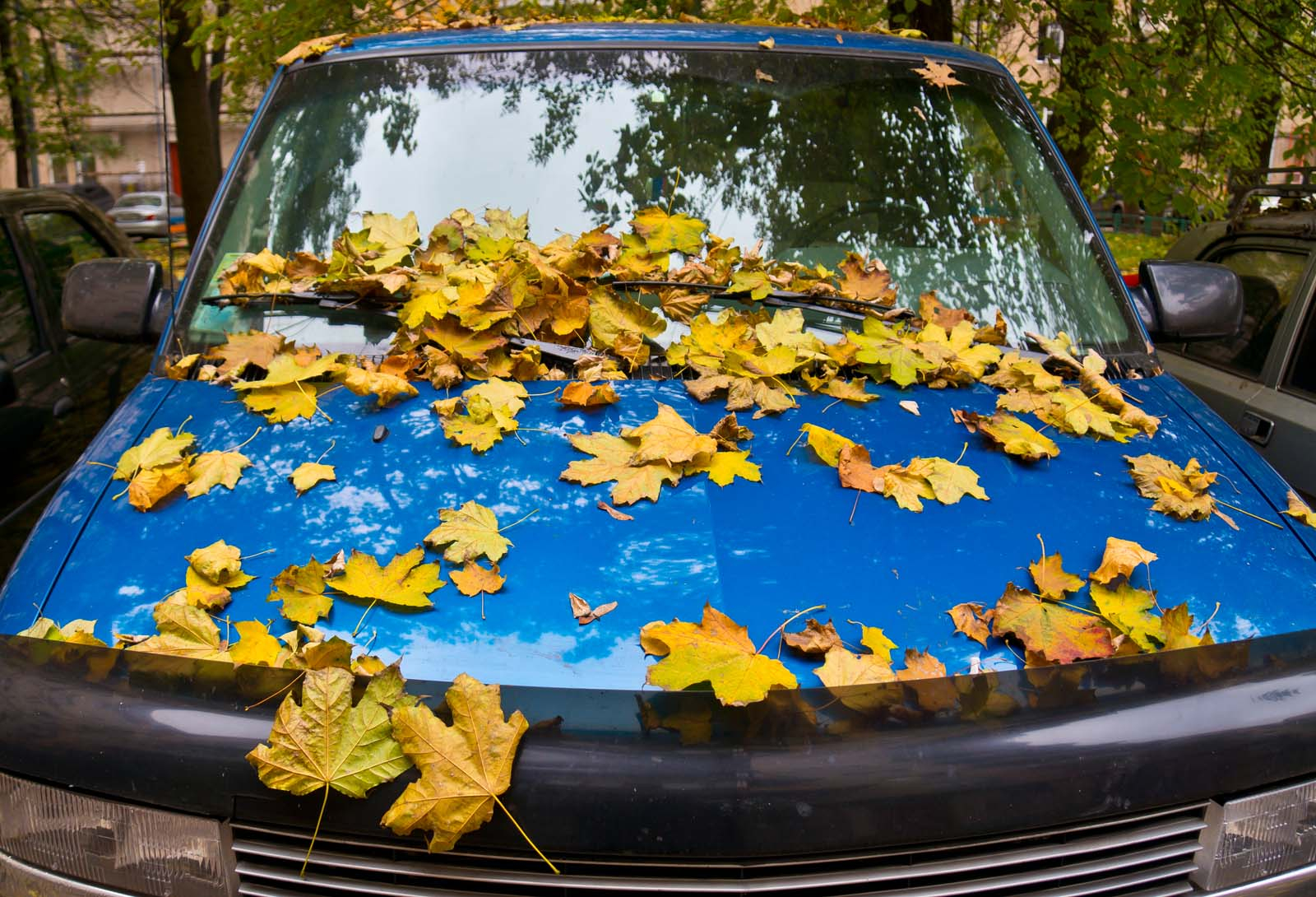 Drivers were caught off guard as ice covered the roads during a cold spell in September and got into many accidents. The switch to winter tires did not last long as the weather turned for the better. 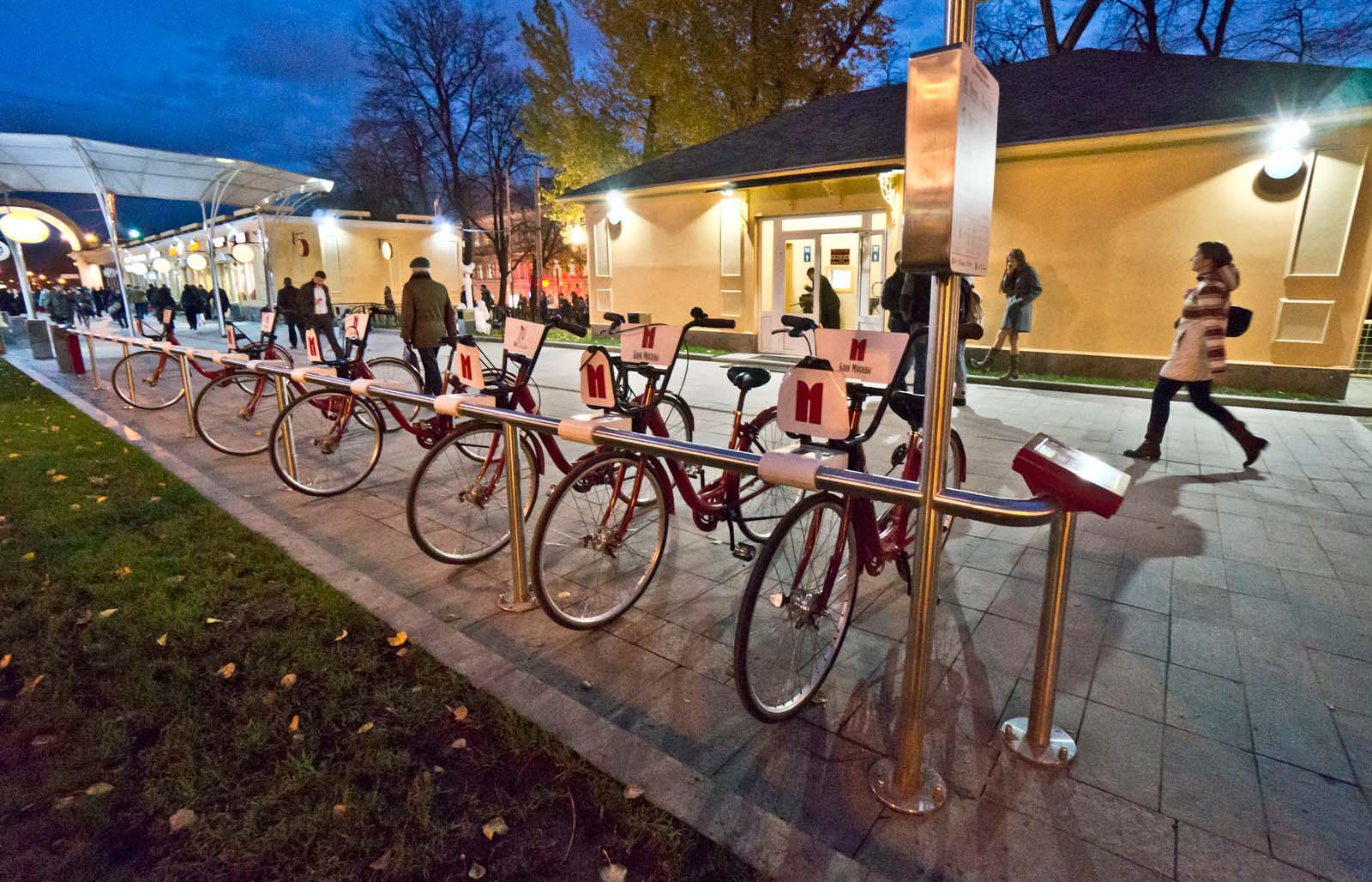 The city's first bicycle-sharing program ended its season at the end of October, which was unfortunate, as the weather was perfect for cycling. 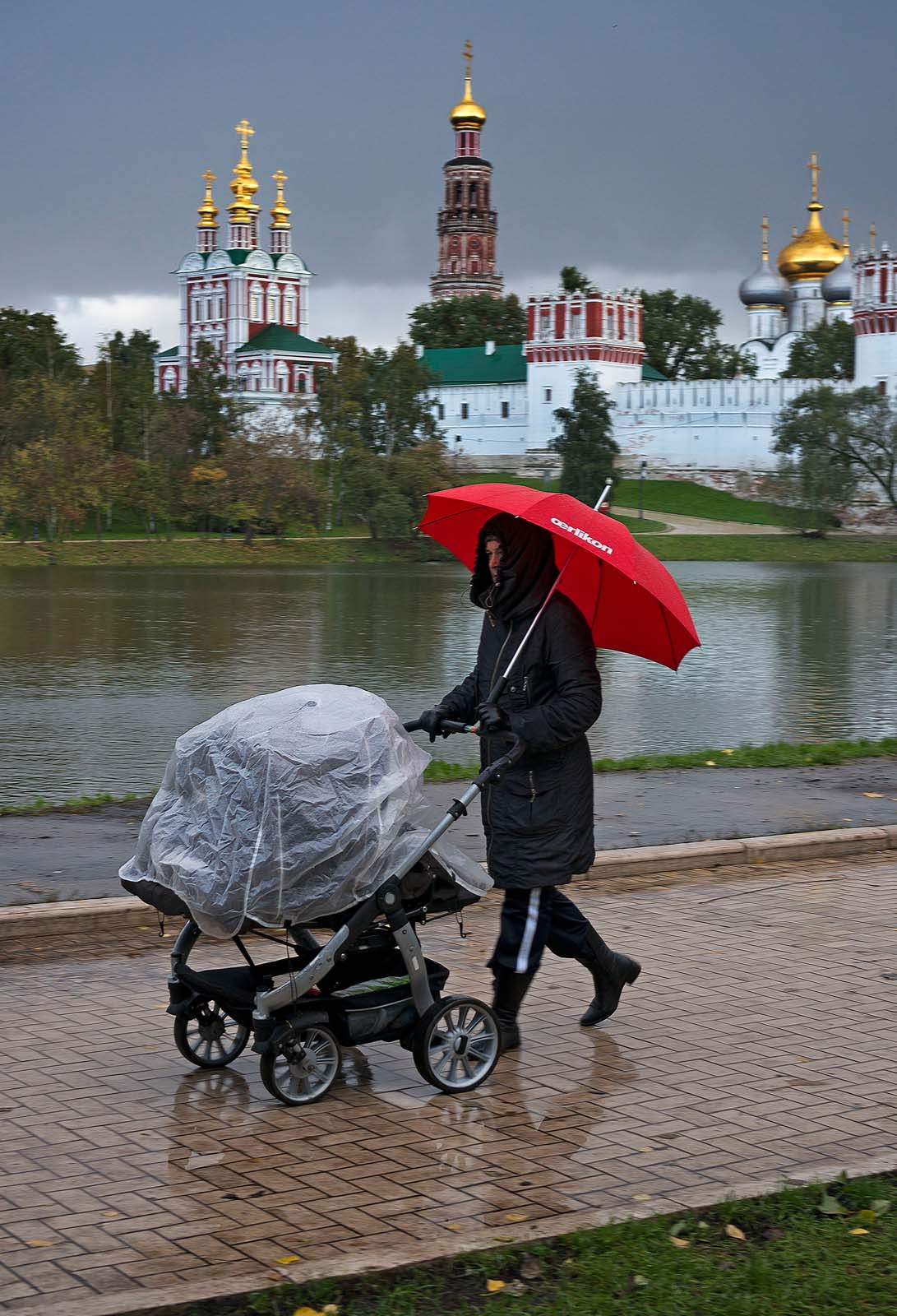 Rain does not stop this mother from a stroll around Novodevichy Convent. September was uncharacteristically wet, seeing three times its average rainfall this year. 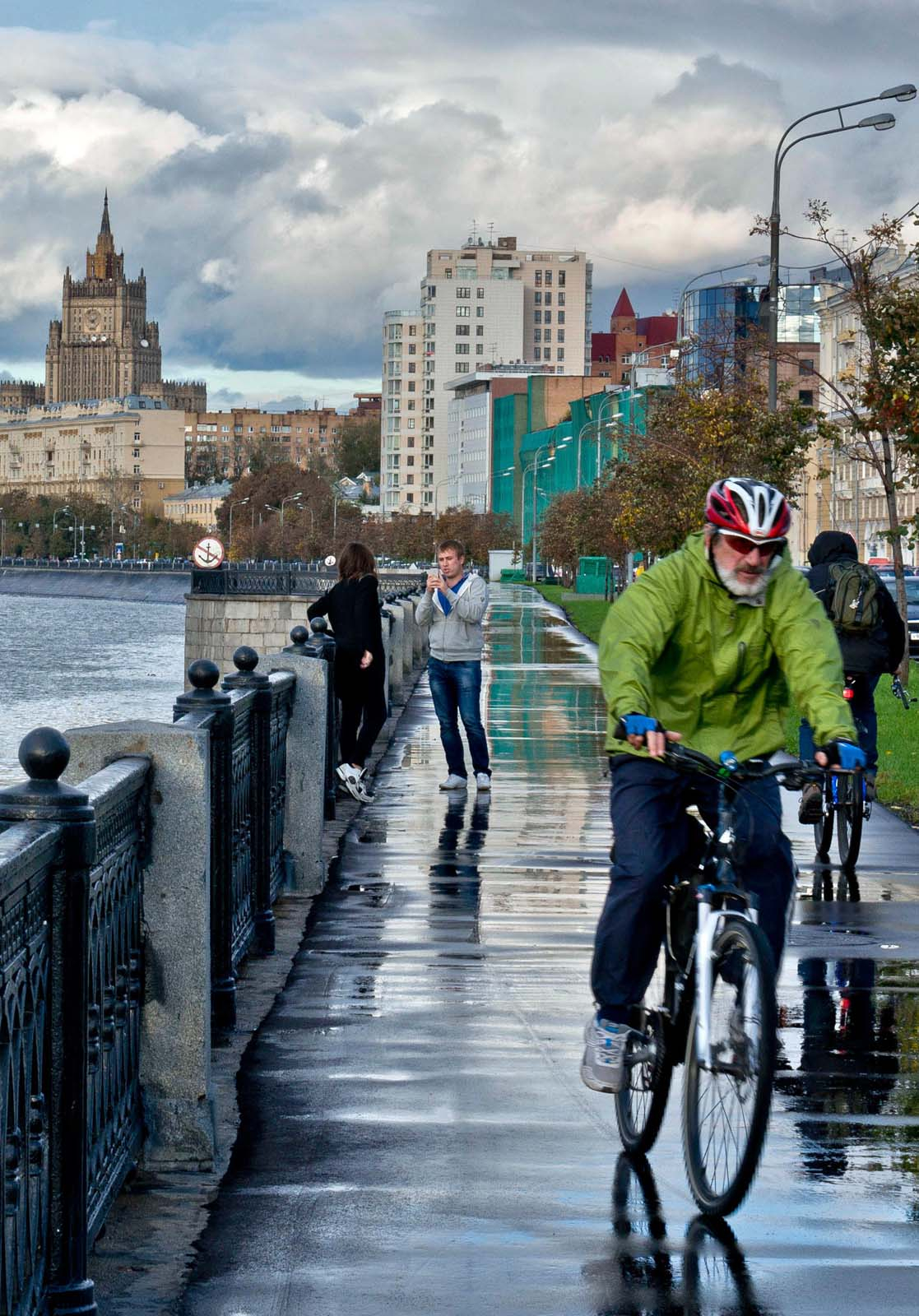 A cyclist navigates the puddles around Savinovskaya. 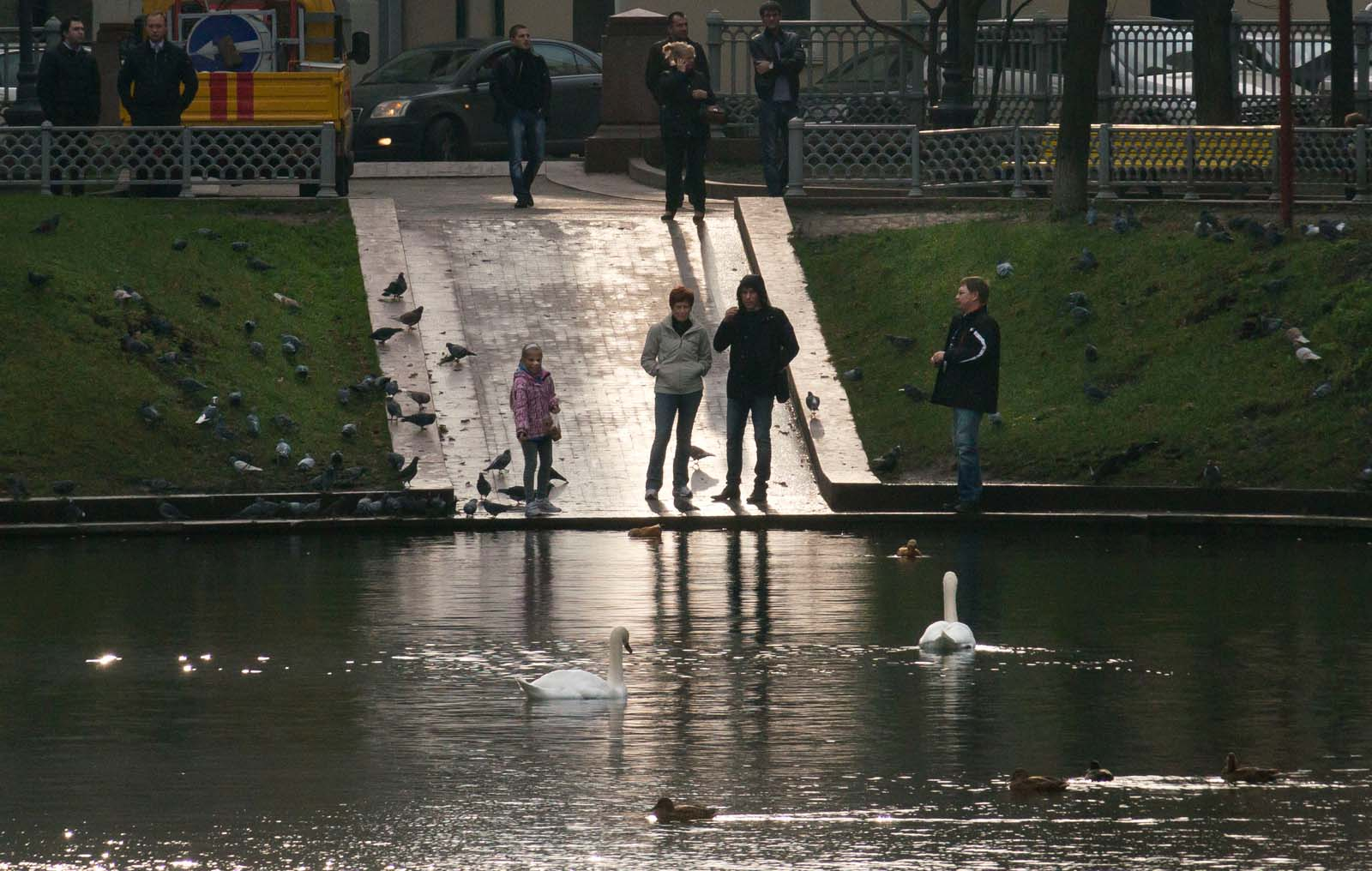 A stroll around the Patriarch Ponds, before it freezes over for the next few months. 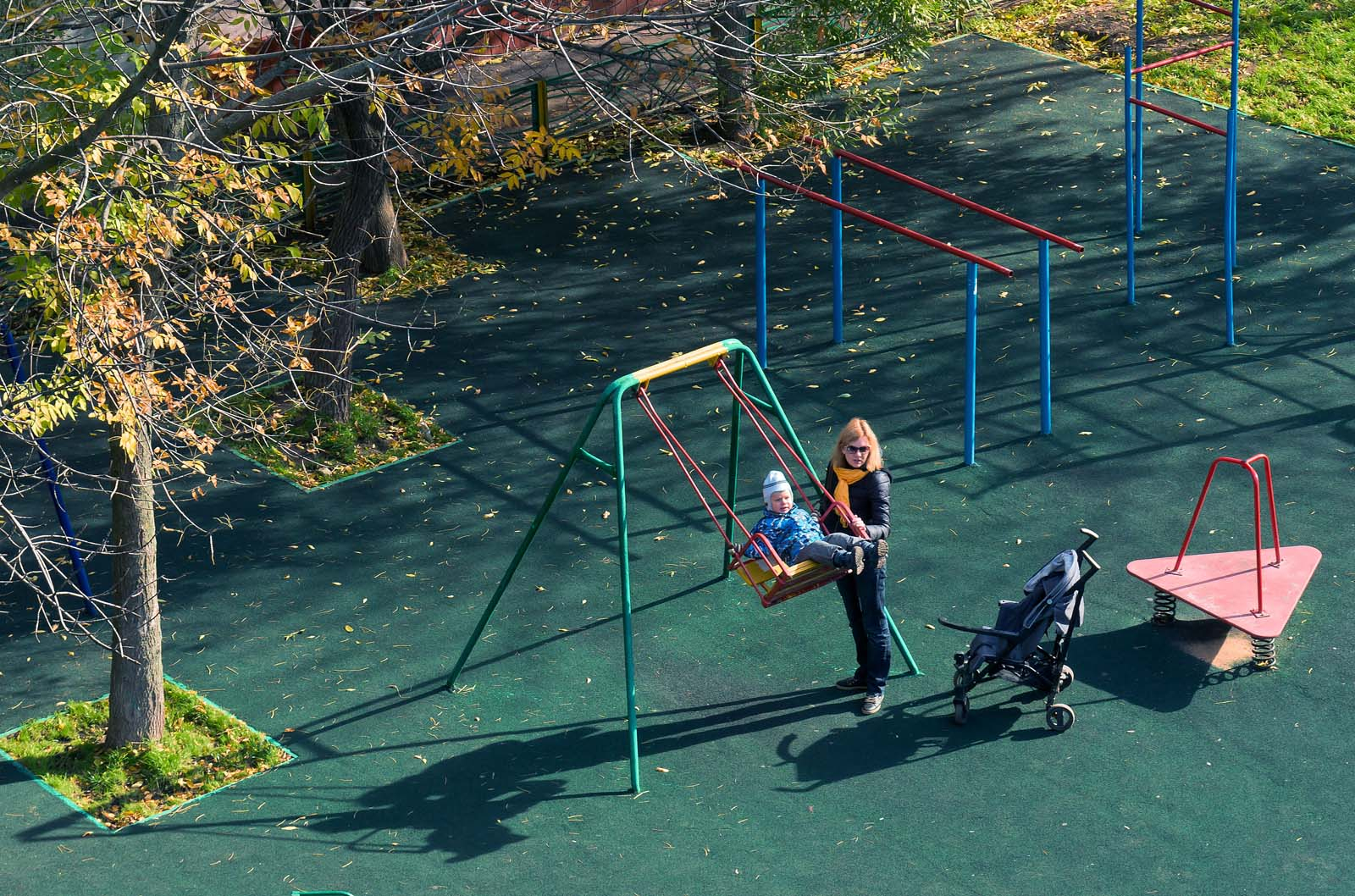 The gray skies moved away in October, and the leaves began falling in bright sunshine, like at a children's playground in the Shchukino district. 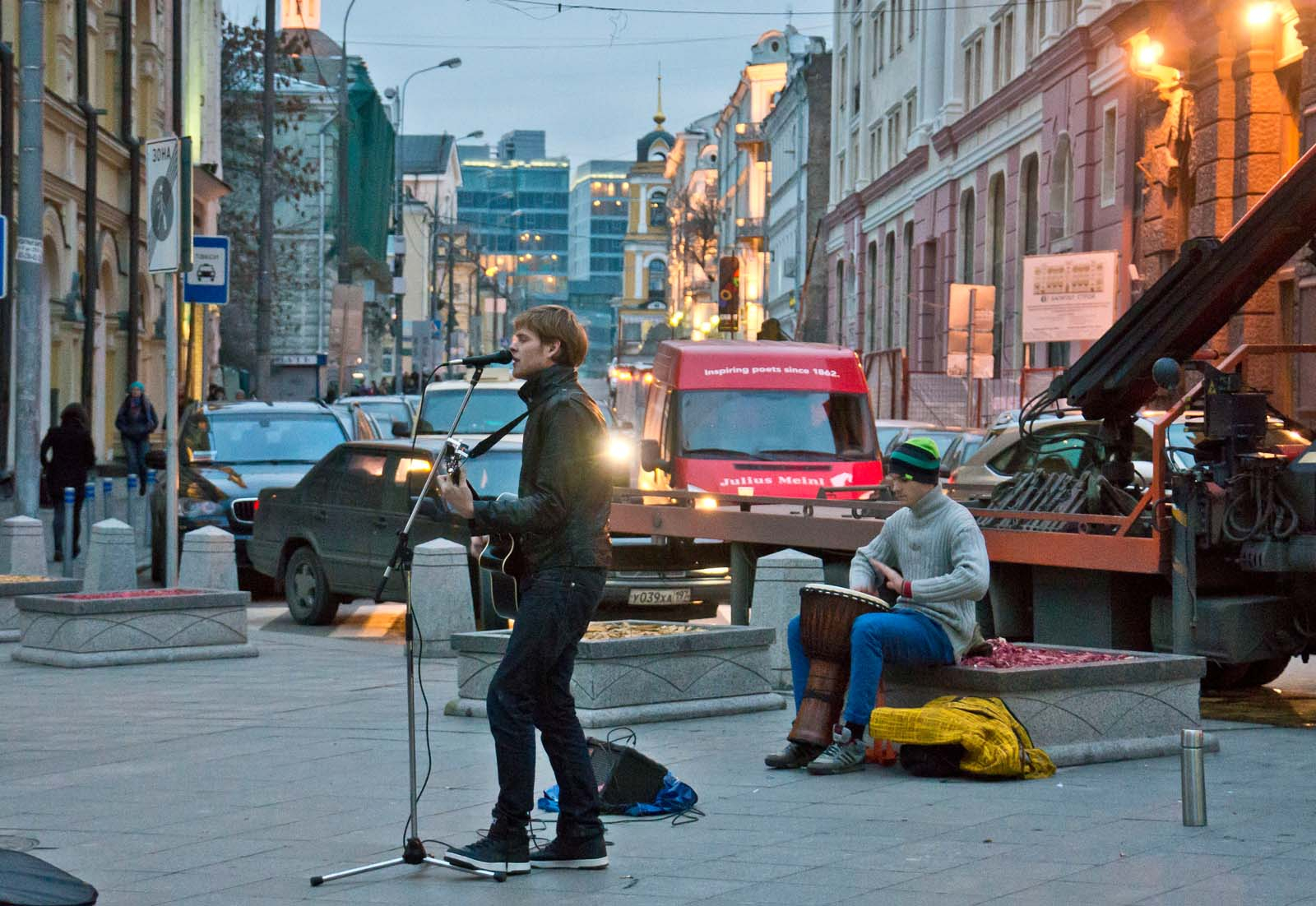 Street performers busking amidst the traffic and construction on Kuznetsky Most. 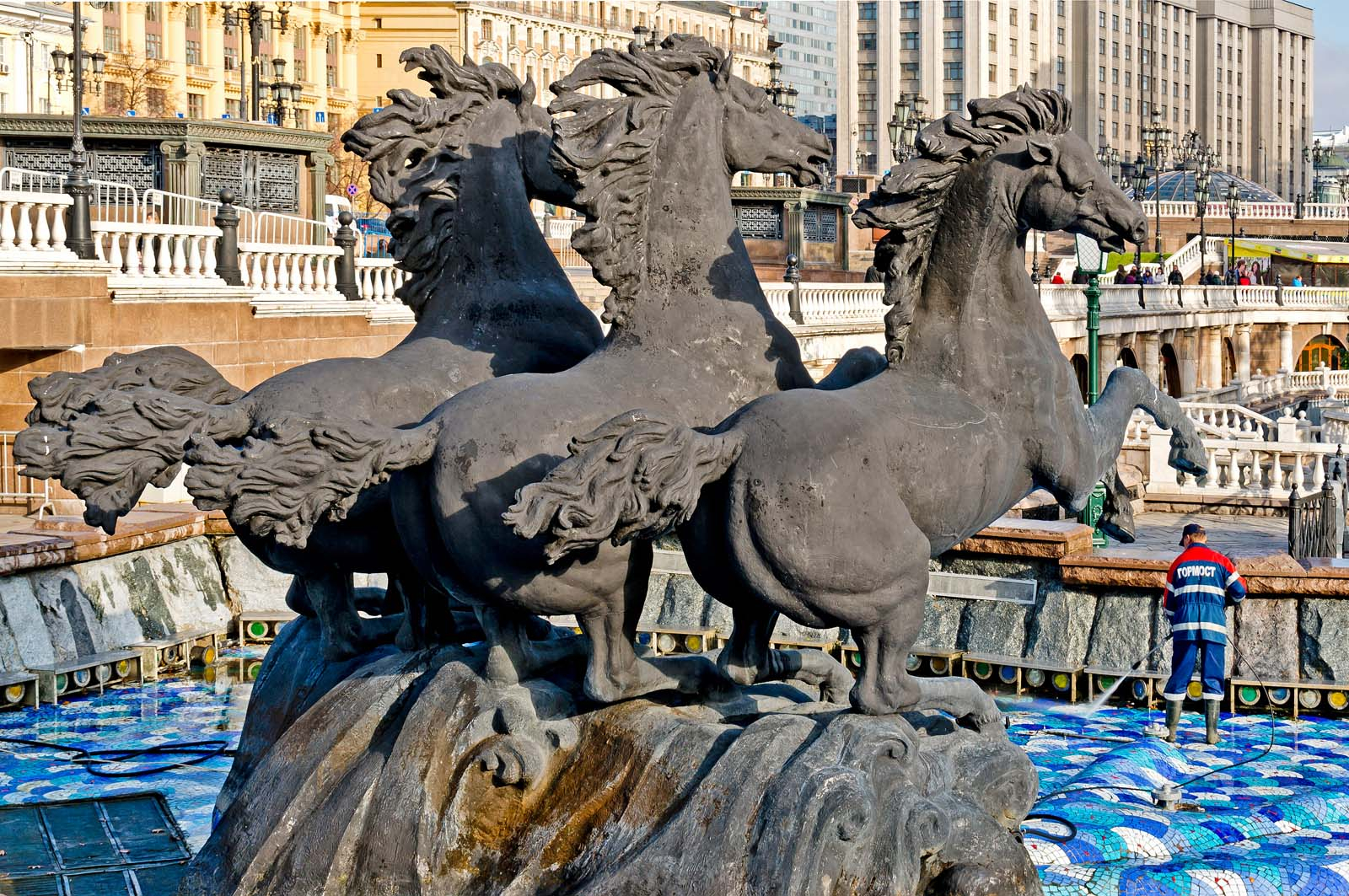 The sun still shining on the fountains at Manezh Square, though they have been turned off in anticipation of winter. 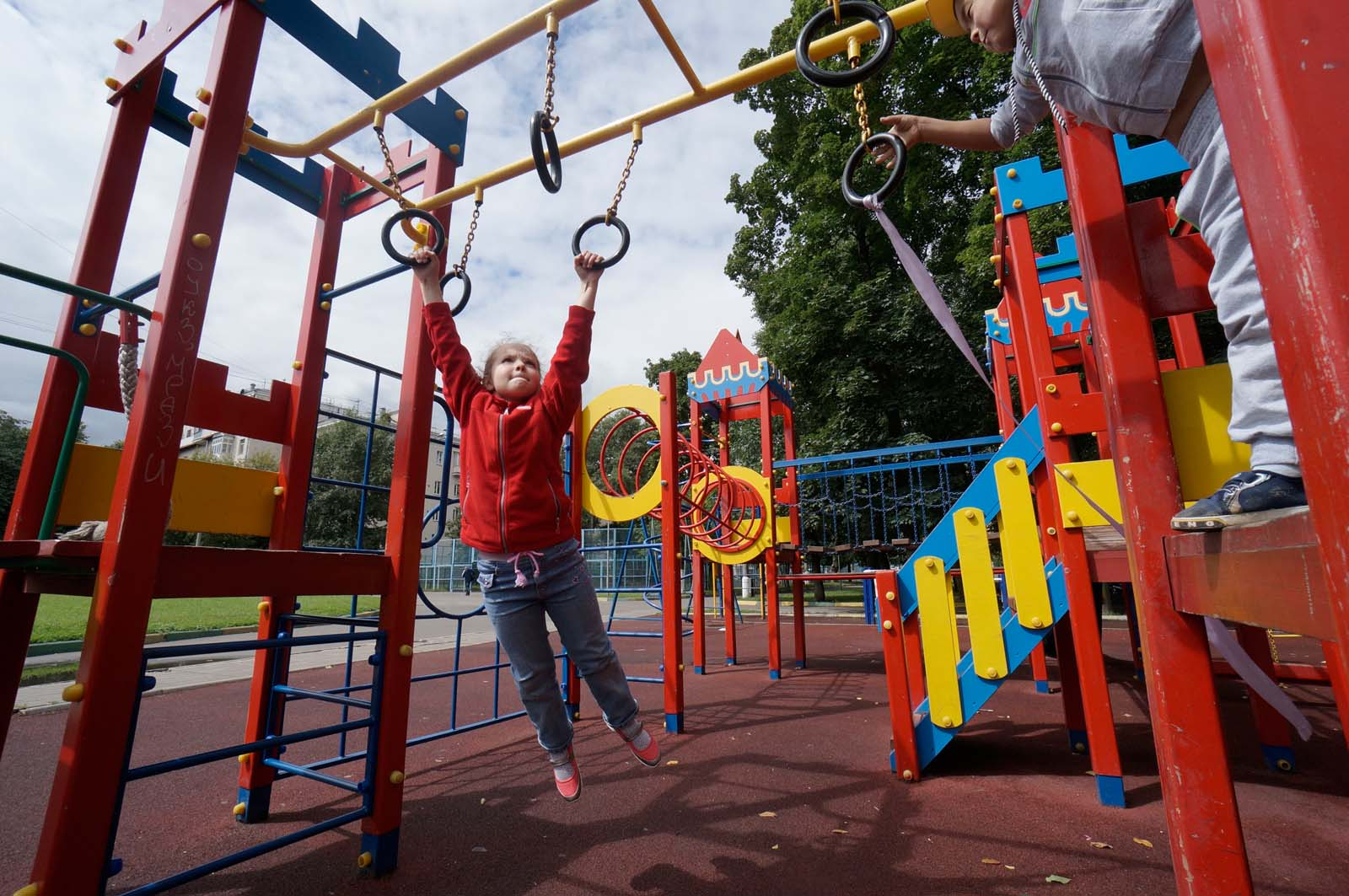 A child plays on the monkey bars in Festival Park in the Marina Roscha neighborhood. 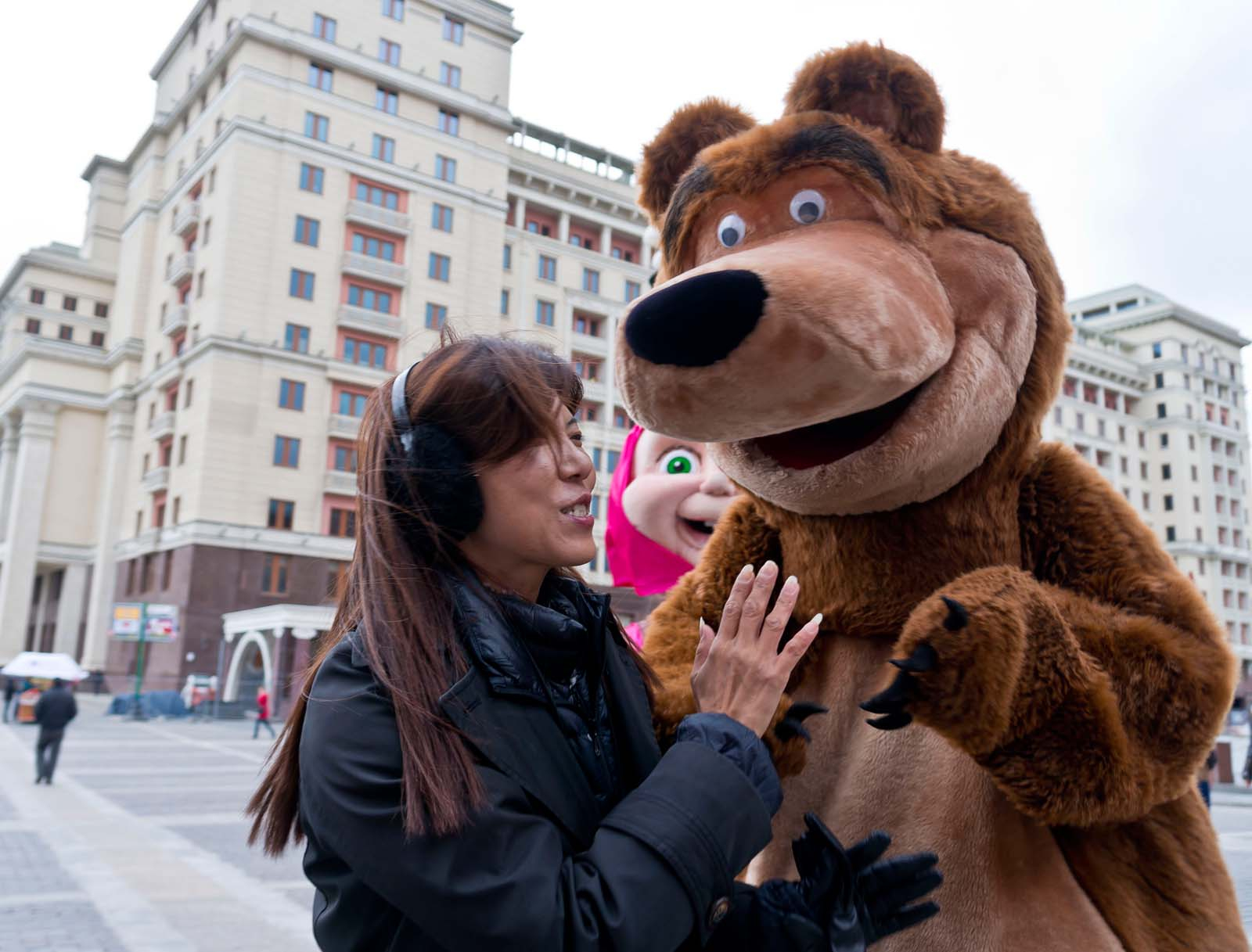 A tourist is accosted by a bear (not real) on Manezh Square. 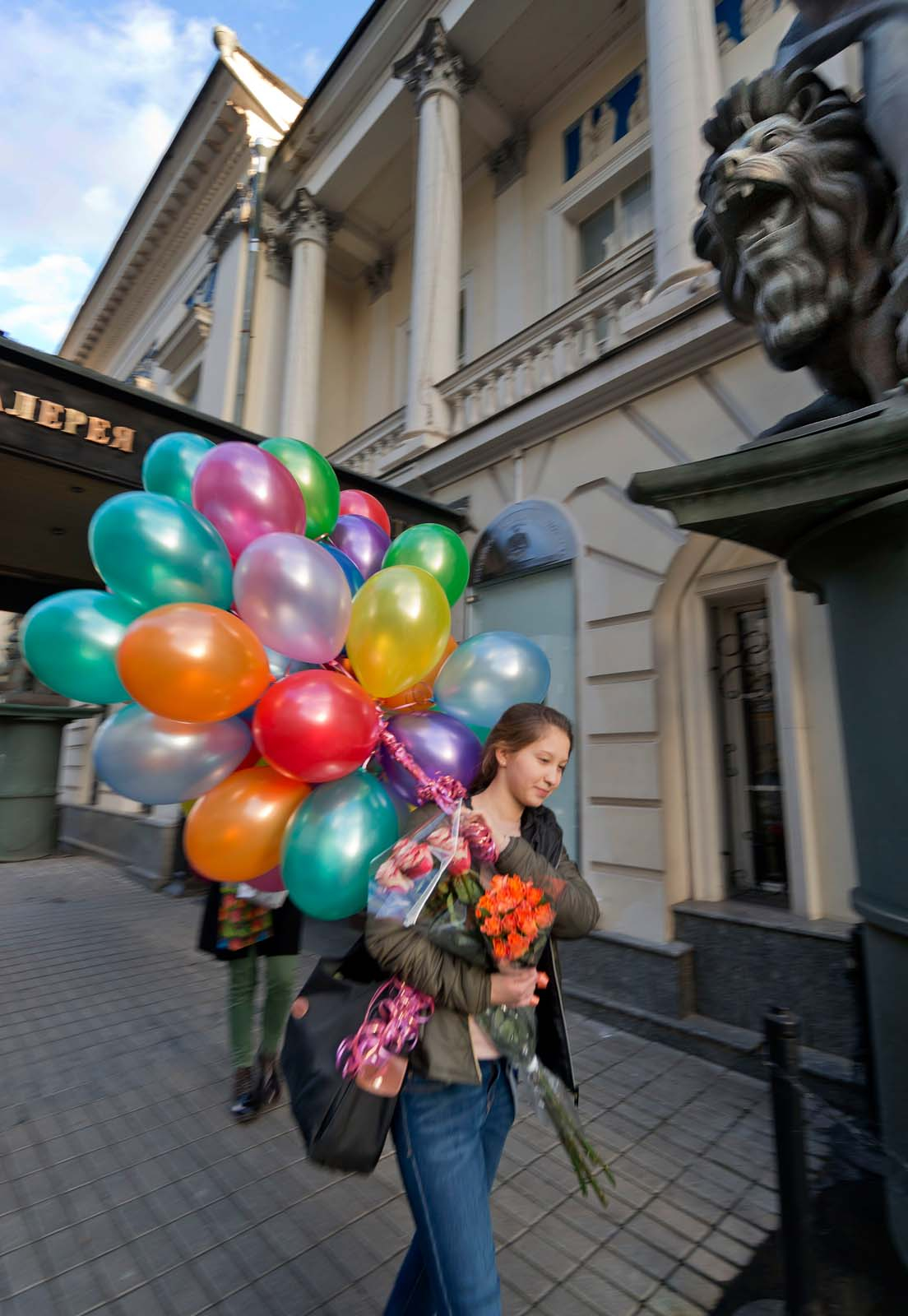 Any more balloons, and this lady, who looks like she is on the way to a party, might float away. 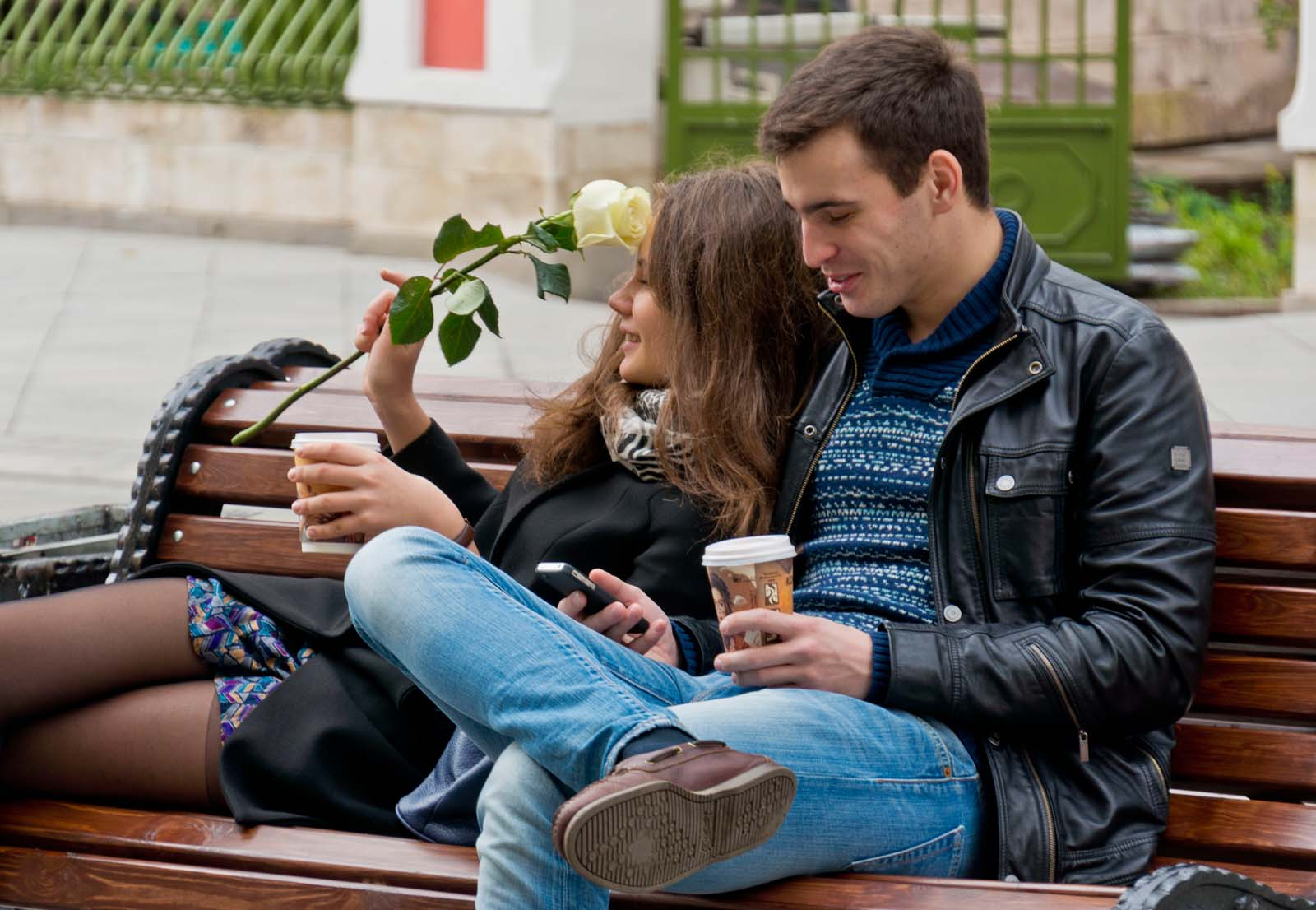 A young couple hanging out on benches that lie along Nikolskaya street. 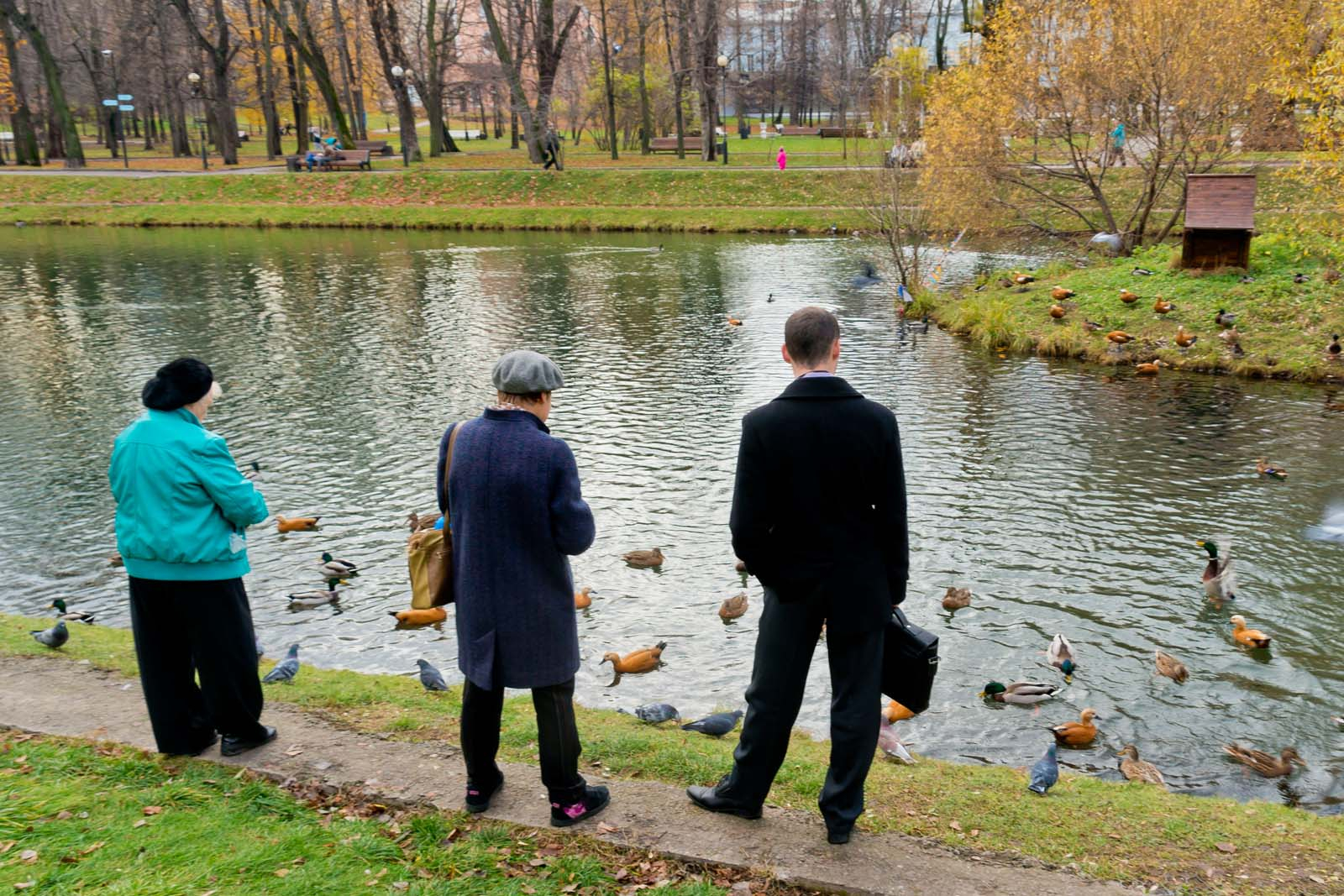 Ducks arriving for feeding time at Ekaterinsky Park in the neighborhood of Marina Roscha. 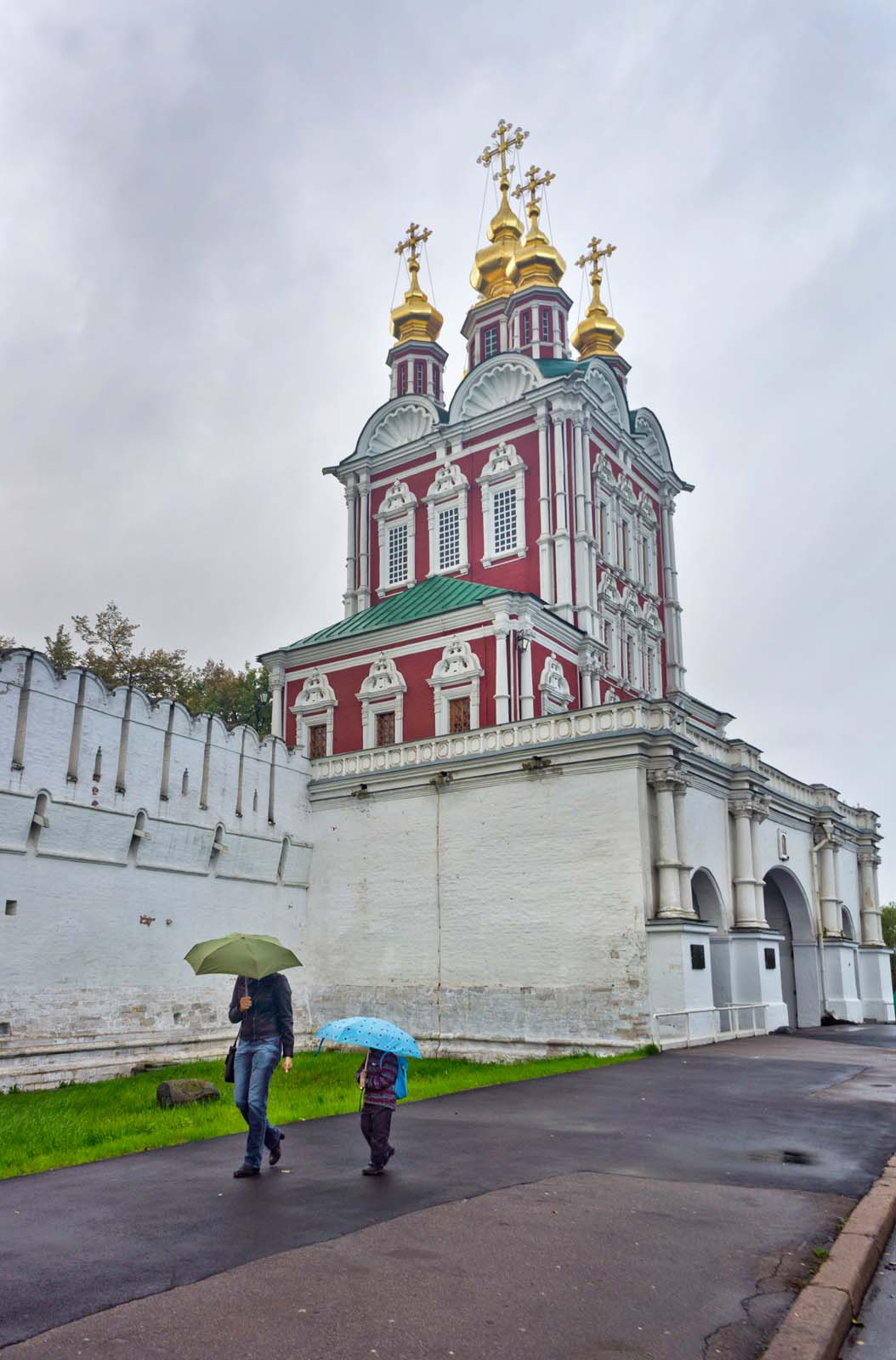 Novodevichy Convent is a popular spot for strollers and a rare spot of respite, with its ground located a stone's throw from the bustling Kievskaya metro and Moscow City. 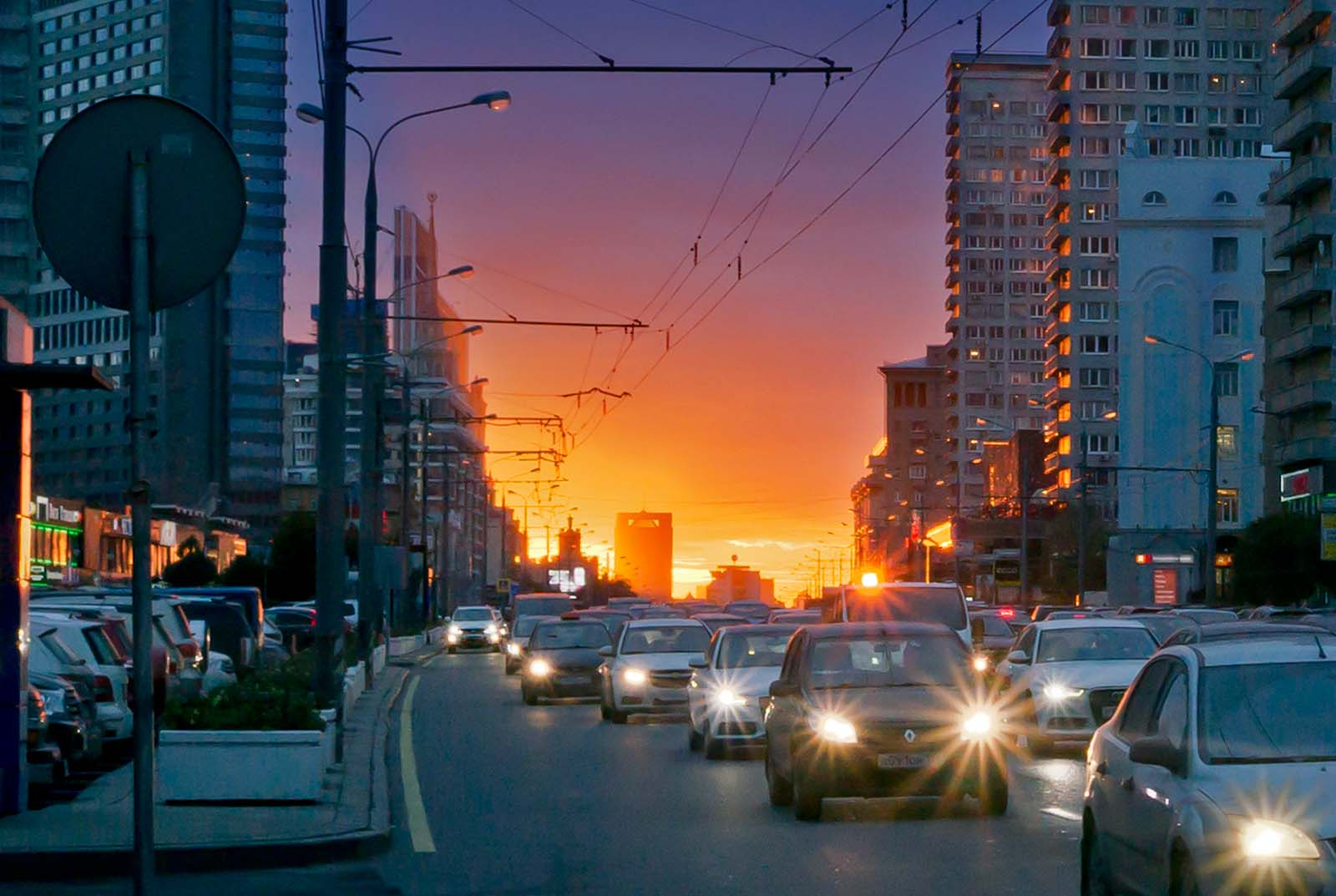 Arbat is bathed in an orange glow as the sun sets on another beautiful autumn.

Putin accused the alliance of seeking to assert its "supremacy," saying Ukraine and its people are "a means" for NATO to "defend their own interests."
Industry Fears

Russia has been accused by Western powers of using food as a weapon in its war with Ukraine.