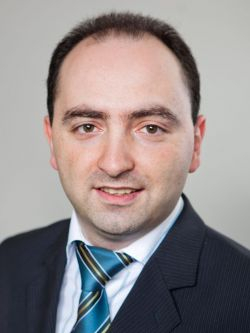 Last month, the leaders of the G20 gathered together to discuss ways to strengthen the global economy. Among the key issues covered at the meeting were the planned steps to pursue fiscal transparency and the fight against abusive tax practices.

The bulk of steps aimed at combatting what are considered to be the most blatant tax avoidance techniques, known as the Action Plan on Base Erosion and Profit Shifting (the BEPS Action Plan), was unveiled for public discussion at the G20 meeting. This article outlines the five actions embedded in the BEPS Action Plan which the author considers most significant to existing business undertakings.

Electronic (or digital) commerce has been characterized as one of the most challenging areas for tax jurisdictions. The mobility of the e-commerce industry makes it very hard for governments to enforce their tax jurisdictions on digital businesses. Indeed, virtual goods and services do not require much if any presence of a service provider in a given market, thus being almost impalpable for purposes of the traditional tax concepts used to attract income to source jurisdiction. Thus, it is currently quite easy for digital service providers to get most of their revenues from developed or emerging-market economies untaxed, by establishing their presence in low-tax jurisdictions and exploiting the lack of presence in the source states.

The BEPS Action Plan calls for developing a new framework for the attribution of e-commerce income to the tax jurisdiction of the source state. We would probably see looser presence criteria apply to the digital goods and service providers shifting their revenues to source taxation.

Or states may go even further and enforce their source-state tax jurisdiction in each case where revenue from the supply of digital goods or services is proven to be derived from their territories, making taxation of e-commerce similar to taxation of passive income (such as dividends, interest or royalties).

CFC rules have proven to be an effective mechanism against tax deferrals. These rules normally target routing profits through subsidiaries located in low tax jurisdictions, thus deferring taxation of these profits in the tax residence state of the subsidiary's ultimate beneficiary. The rules usually allow the state of residence of an ultimate beneficiary of income to tax this income irrespective of whether the income is effectively received by ultimate beneficiary or is retained at the level of the low-tax subsidiary. The key issue here is to properly design the criteria to be able to distinguish abusive arrangements from legitimate business practices. This sometimes makes the CFC rules either too complicated to apply (e.g., the CFC rules in the US), or too simple to circumvent (and thus useless). The principles incorporated in the CFC rules obviously breach the core principle of income taxation, which is "no tax without access to wealth" and thus should apply as an exception (and not as a general rule). Identifying a legitimate balance has been declared one of the priority tasks of the OECD for the next two years.

The BEPS Action Plan proposes the development of further restrictions on interest deductibility, in several ways. Firstly, it is suggested to eliminate hybrid mismatches, i.e., situations where a single financing arrangement is treated as debt financing in a source state (thus providing for deductible expense in the hands of a payer of interest) but is nevertheless considered equity financing (generating dividend income) in the state of a recipient of income (thus making the income recipient eligible to enjoy a participation exemption or lower taxation in its state of residence). Secondly, taxpayers may expect further restrictions on interest deductibility in general, either based on the arm's length standard which applies through transfer pricing rules or by establishment of additional qualitative or quantitative criteria of deductibility. The continuing drastic expansion of the scope of Russian thin capitalization rules by the Russian tax authorities is in line with the proposed BEPS approach, which would likely be considered by the Russian Government as encouraging and legitimizing further crackdowns.

Full disclosure of tax planning strategies is something practiced in some developed countries (such as the U.S. and the U.K.) but is as yet unknown to Russian taxpayers. The G20 countries are no longer satisfied with the abilities of their tax administrations to detect tax planning arrangements during routine tax audits. It is proposed to require taxpayers to disclose "aggressive or abusive transactions, arrangements, or structures."

The suggestion poses a number of difficult questions, however. Will governments be able to provide for undisputable and unambiguous criteria to define what an "aggressive or abusive" transaction, arrangement or structure is, so that the taxpayers could determine the ambit of their reporting requirements? Should taxpayers escape non-disclosure penalties if they have a good faith dispute with tax administrations regarding the nature of a particular transaction or structure (i.e., whether it is abusive or legitimate tax planning)? Finally, how would the full disclosure requirements comply with the well-established principle of protection against self-incrimination, which prevents states from forcing individuals to deliver testimony which could then be used to convict them (and thereby indirectly protecting legal entities, which are after all comprised of individuals)? Thus, vigorous actions of taxpayers against the disclosure requirements on constitutional grounds may be expected.

Although the BEPS Action Plan is not specific on this matter, it may be envisaged that states will be encouraged to develop domestic sets of rules preventing what they believe to be treaty abuse practices.

In other words, the states will have to determine who is entitled to treaty benefits and who is not. Shifting this issue to the domestic level (rather than making it a matter for treaty negotiations between the contracting states) raises a reasonable concern about the ability of states to achieve a uniform approach to address treaty abuse unilaterally.

It is obvious that the OECD guidelines on the subject matter (however detailed and clear they are) will not be able to ensure coherence and uniformity, if the states are free to establish the conditions for access to treaty benefits by legislating domestically.

This would inevitably cause disproportionate application of the tax treaties, with some of the states pursuing a more liberal treaty-access policy than others.

Thus, it looks more appropriate to encourage the states to negotiate and incorporate treaty protection mechanisms within the treaties themselves. This, of course will require expansion of the treaty provisions, and corresponding changes to the OECD and the UN model conventions could be of major assistance in this respect.

Needless to say implementation of the BEPS Action Plan will become a major point of attraction for tax practitioners in the coming years. The business community is only left to hope that the states will take an even-handed approach by balancing public and private interests, so that the proposed steps will enhance the tax environment worldwide rather than damage the global economy.

Tens of thousands of protesters marched through the eastern Russian city of Khabarovsk on Saturday.
Latest cases

More than 11,000 people in Russia have died from the virus.
russia's response

Deaths from the coronavirus in May were at least twice as high as those previously announced.