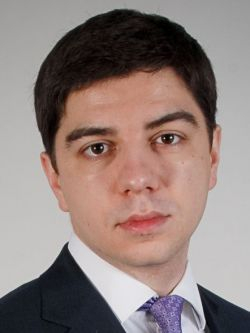 Quite often, when describing the situation with regulating a specific Russian industry, we could construct analogies with the world of software, where the legislator (the actual regulator) is the designer, the law is the program, and the market players are the ever discontented users. Very often the reason for this frustration in Russia lies in the "user-unfriendliness" of the designer's programs: the interface is tricky and confusing, and the designer showed a clear lack of relish when writing the instructions, dragging his feet over responding to suggestions that the instructions should be amended or updated (if he offers any response at all). In short, the problem is that the creator of the rules has no communication with the users. Until recently, this metaphor has been an accurate reflection of how things are in the pharmaceutical and healthcare industries.

Now the tide has changed, and recent developments are marked by new and encouraging trends.

On September 5, the Russian Ministry of Healthcare posted on its official website a new draft that will make radical changes to Federal Law No. 61 — FZ "On the circulation of pharmaceuticals," which is the legal cornerstone for the pharmaceutical industry. At first glance, this was certainly an event of real note from the perspective of legal regulation. However, a closer look at the developments leading up to the draft being published show that a positive process of even greater importance was already under way.

In recent years, the legal landscape of the industries that regulate the circulation of pharmaceuticals and medical products has experienced dramatic changes. The activities of the participants in a market that is anything but simple have been made even more complicated by the consequences of accelerated reform without any guidance on how they should apply the new rules.

For as long as legislation in the sector has been undergoing reform, representatives both of business and patients' associations (as well as other ministries), have been continually arguing that that there is a need to fill the legal gaps and eliminate the ambiguities identified when the law was enforced.

However, in early 2013 the Ministry of Healthcare presented a first major set of amendments, which was basically aimed at streamlining the regulation of the pharmaceuticals market. Nonetheless, it received criticism on various counts. Many innovations were found to be excessive and unjustified (such as the pharmaceutical evaluation of samples before clinical tests). The ministry's interpretation of whether pharmaceuticals are interchangeable (an issue the industry regards as crucial) was also met with disapproval. For instance, the ban on biological pharmaceuticals being recognized as interchangeable earned decidedly mixed reviews.

This summer, a series of round tables were held with leading non-governmental organizations in the industry, with representatives of pharmaceutical companies, experts from ministries, other governmental bodies and patients' associations in attendance. A number of proposals were worked through for the Ministry of Healthcare to amend virtually all the sections of the federal law concerning the circulation of pharmaceuticals, 131 pages of small-font text in total.

As a result, the Ministry of Healthcare took account of many (but not all) suggestions made by the representatives of the business community; the ministry also considered most of the comments and issued its opinion on them, which means that the work did not pass unnoticed in the corridors of power.

It can certainly be said that the September version of the amendments made to the federal law, in comparison with its forerunner, has been significantly revised and demonstrates that — at last! -- a rewarding dialogue is taking shape between the regulator and business. For a long time this has been lacking in the relationships between regulators and business in industries across the board in Russia; this debate of a draft law has thus resulted in an unparalleled legislative change for the industry.

Other evidence of a growing willingness to enter into a dialogue can be seen in the events that mark the regulation of a medical industry which is still suffering from the fact that no single document exists to regulate the circulation of medical products. In early 2013, a new procedure for registering medical products came into effect; this procedure stipulates, among other things, that new registration certificates must be obtained by the holders of unlimited certificates. The regulation set an extremely optimistic timeline for such certificates to be replaced: by the end of 2013. It is September now but fewer than 10 percent of the certificate holders have undergone this procedure so far. Those who have received the new certificates have already experienced how difficult it is to deal with the customs authorities when importing medical products because of the inconsistencies between healthcare law and the Tax Code.

As a result, the regulator and the business community had to come together for another round of discussions. According to the information available, the talks ended in a win-win decision to put back the deadline until as far as 2017, which is far more realistic. Almost at the same moment, the Russian Federal Service for Surveillance in Healthcare (Roszdravnadzor), the regulator of the market for medical products, stated that it is starting off down the path of simplifying the procedure for registering medical products, which is in line with the wishes of professionals and the business community.

Another recent positive example also sheds light on the matter: at a meeting dedicated to public-private partnerships in the sphere of healthcare (held in mid-August), the Ministry of Healthcare actually called the expert and business communities to participate jointly in developing public-private partnerships in the industry. It may be hoped that this will not only push the work forward more quickly but will also yield a more comfortable and efficient legislative solution.

Generally, such trends are more than gratifying. Let us hope that simplifying and streamlining the legal regulation of such vital spheres will make the newest products of the pharmaceutical and medical industries more readily accessible and will make the business-regulator "interface" more user-friendly.