Sergei Sobyanin, elected mayor to a second term last weekend, pushed through many changes during his first term in office that improved the life of the Russian capital.

Among the most visible are improvements to public transportation, parks and the pedestrian zones in the city center.


But with many other issues still needing to be addressed, we've put together a wish list of nine issues we hope Sobyanin will focus on during his second term as mayor. 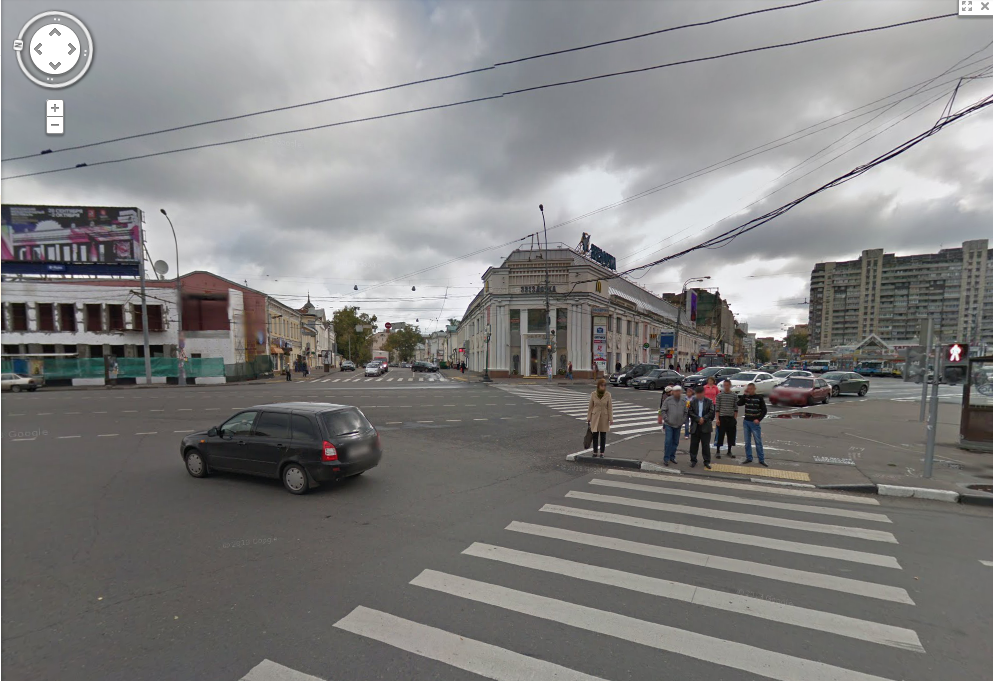 Navigating junctions at street level such as this one at Taganskaya can be a harrowing experience with the lack of directional signs and large distances to be traversed. (Google Maps)

Cars have dominated the city for too long. Pedestrians must be placed first in planning urban spaces. Let's see some improvements for pedestrians, particularly in terms of legibility and road crossings, and stricter laws for drivers who speed, beat traffic lights, and obstruct streets with their illegal parking.

Sure, more pedestrian walkways have been built in the city centre, but we don't only want access to high-end retail establishments. More pressing is the need is clearer legibility and navigability of large junctions. There are many in the city, and navigating them on foot is particularly confusing. It's high time for policies that place pedestrians first. 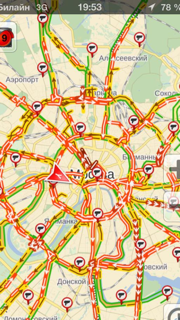 A typical weekday evening in Moscow, as seen on Yandex's traffic app. Roads with heavy congestion are marked in red. (Yandex)

Yes, traffic jams are a common occurrence in any big city. But you know that things are out of control when sitting in traffic for three to four hours tis a regular experience. More no stopping zones are necessary along main thoroughfares (and increased fines for stopping along these streets) as stationary cars obstruct the flow of traffic. Coupled with trolley bus and tram lanes, four lanes of traffic are often expected to merge into one — a common occurrence on Moscow streets. 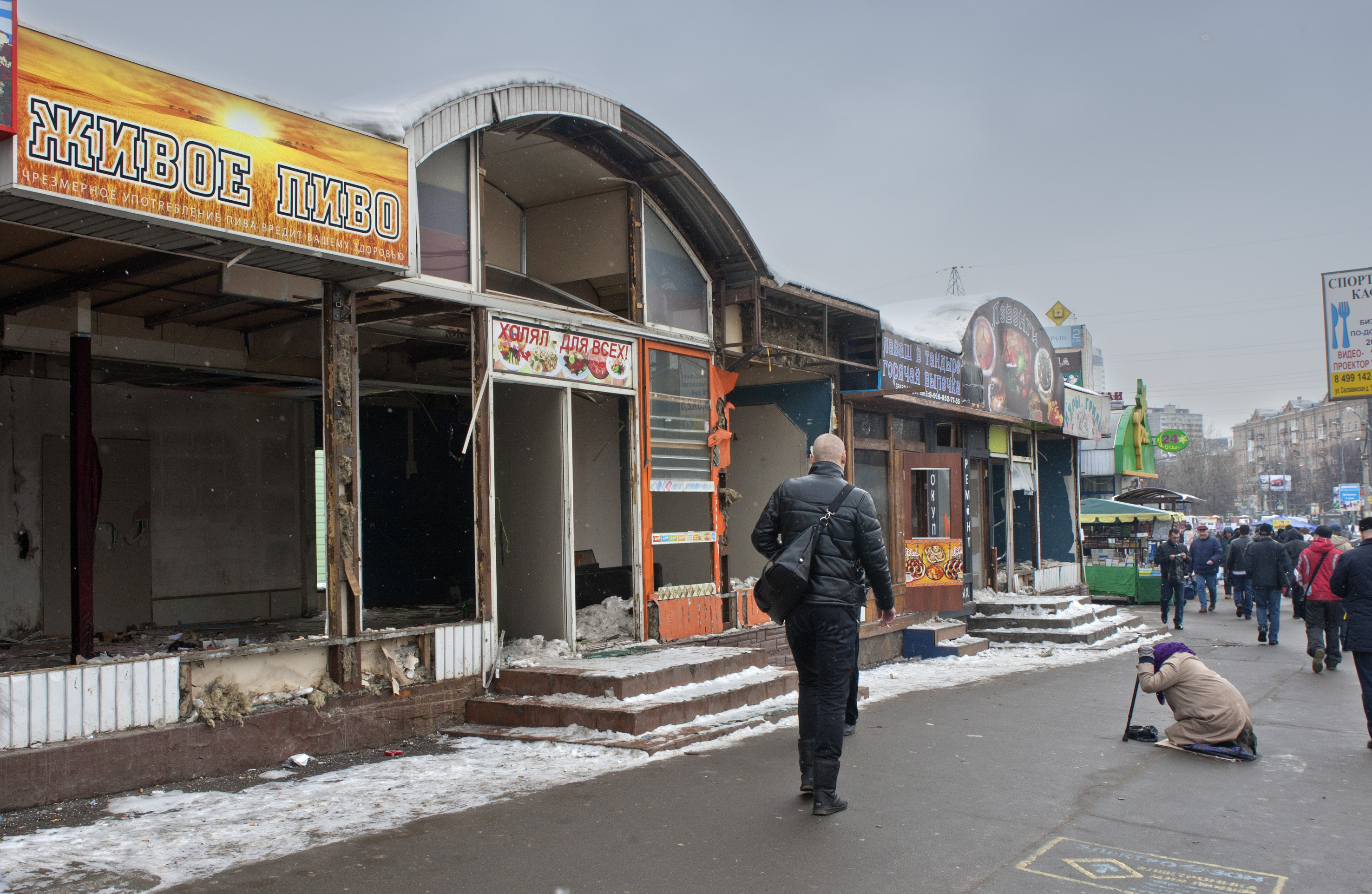 The removal of kiosks during Sobyanin's last term as mayor has resulted in the loss of many small businesses. (Vladimir Filonov / MT)


One of the first moves Sobyanin made in his first term as mayor was the removal of hundreds of street kiosks dotted around the city. But now we miss the convenience of having a shop on the street corner to buy a drink and cigarettes from.

The convenience of a Stardog stand outside the metro station beats a good view any day. Furthermore, privately owned small businesses, which are already a dying breed in Russia, were the ones who lost their stalls. Bring back the kiosks!


Read The Moscow Times' 2010 report on the removal of kiosks here. 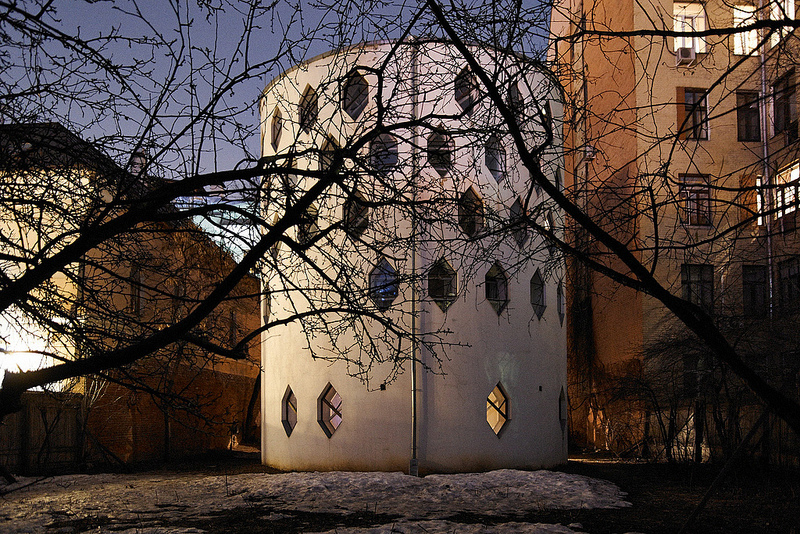 The Melnikov House in Moscow's Arbat district completed in 1929 is one of the many examples of architectural masterpieces under threat in Moscow. (qwz / Flickr)


Russia and Moscow's constructivist legacy is not held in high regard by locals, despite its worldwide appeal. Historical buildings without status are at the mercy of developers. As a result, many architectural landmarks are falling into disrepair and are being torn down, exacerbated by large scale redevelopment in the city center.

There has to be a balance between commercially driven projects and conservation, and the debate between profit and preservation is a thorny issue, but the remaining buildings are still a draw for tourists especially architecture buffs, and if spruced up, will certainly add some vibrancy to the architectural landscape of the city.

The "propiska," the bane of every foreigner's existence in Russia. (MT)


Registering at one's place of residence, which is necessary for employment, opening a bank account and the like, is a constant hassle for locals. For this, they must show proof of residence, for example, with a rental agreement. The propiska, a mandatory registration of a person's place of residence, dates back to the time of Peter the Great, and is an even bigger cause of headaches for foreigners in Moscow. The only result of this convoluted system is the opportunity for more bribes to be paid at each stage of the process and a thriving black market in forged documents.

It has done little to curb illegal immigration or aid the planning process, ostensibly the point of this system, and the requirement for foreigners to register on their arrival in the city, even for short visits, hinders the movement of talent greatly. Residents of Moscow already receive special privileges, and the city would do well if given exemptions to the registration requirements, especially for skilled professionals and tourists. 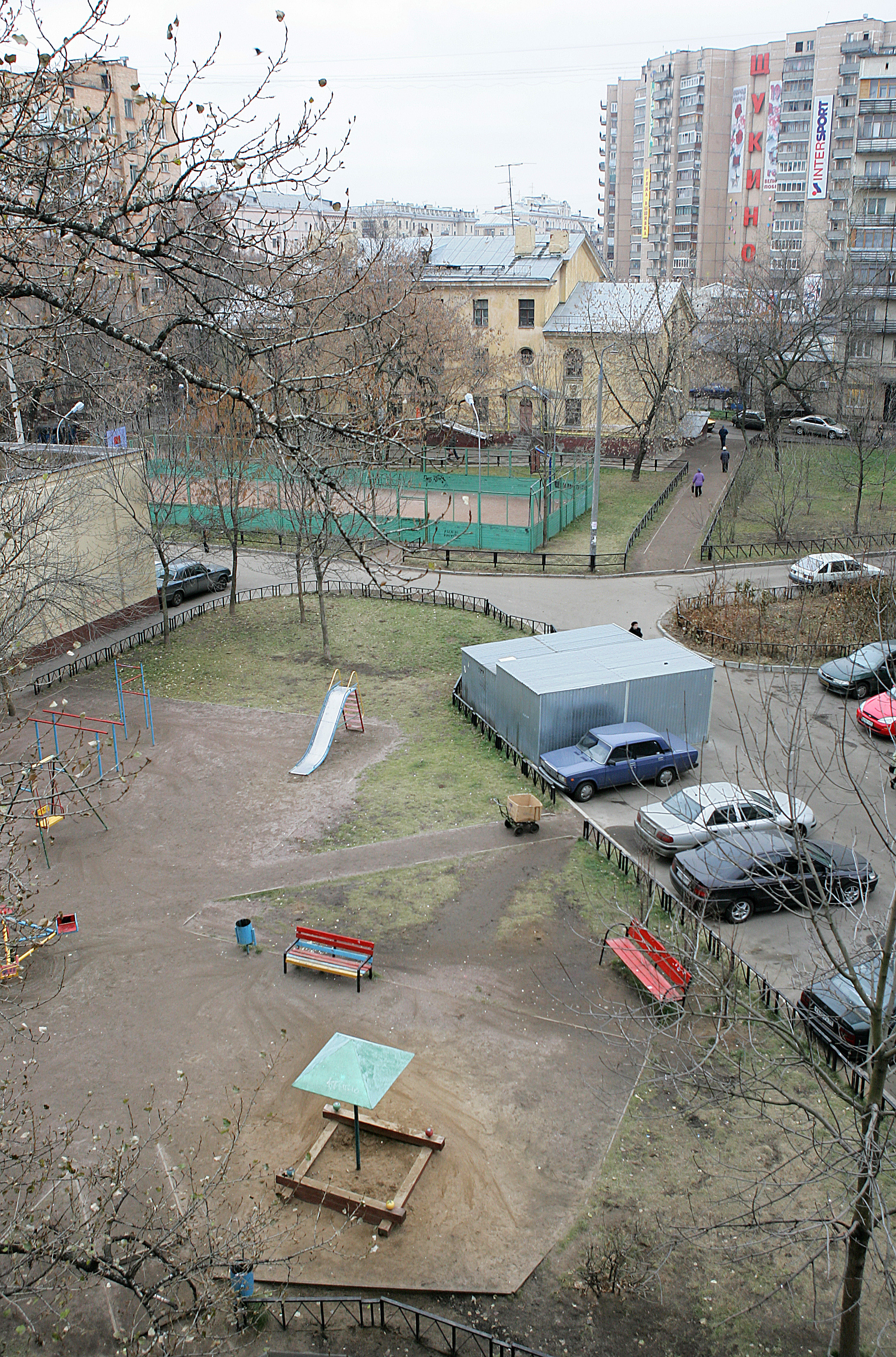 Microdistricts built in the Soviet era have a lot of character but are often depressing places because of their poor upkeep. (Vladimir Filonov / MT)

In his last term as mayor, Sobyanin did much to regenerate parks and introduced more leisure activities for locals, supporting outdoor events and festivals in the city. But Moscow still exists outside the inner ring road, and these initiatives should be spread further out into the sleeping districts.

The recognition of the importance public space has to civic life has certainly made living in the city more pleasant, but there is more room for civic engagement, especially in the neighborhoods. Too many areas are left to decay, especially because locals do not see a reason to invest in their public spaces. 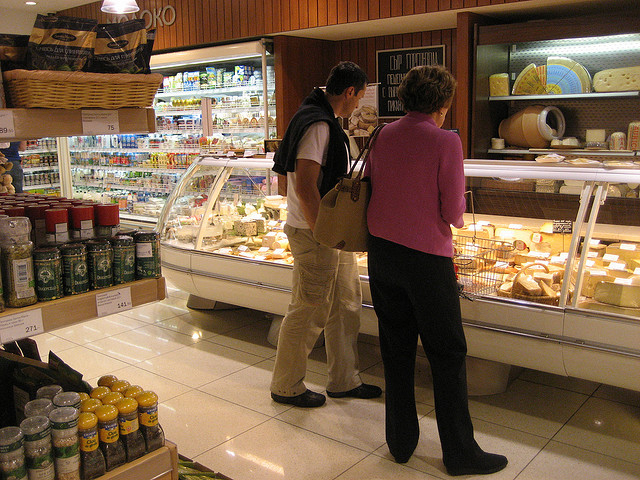 Moscow's supermarkets are well-stocked, though prices are prohibitive. (NewsHour / Flickr)

Moscow is the second-most costly city for expatriates to live in, according to Mercer's 2013 Cost of Living Survey, and high food prices are a major factor in contributing to that. In almost all food-related categories in the survey, Moscow's prices far surpass those of Geneva, Sydney, and Tokyo.

Even for locals, there are limited affordable options when it comes to food in supermarkets, let alone dining out in restaurants. About 23 percent of Russians spend two-thirds of their income on food, and 20 percent spend almost half, according to the Levada Center. Sure, a large selection of food is imported and food is generally pricey in Russia, but even fruit and vegetables from open air markets cost more than in supermarkets! Moscow's connectivity and competition should work to bring prices down a little, especially if a network between producers and suppliers is developed and the consumption of local/regional produce is encouraged. 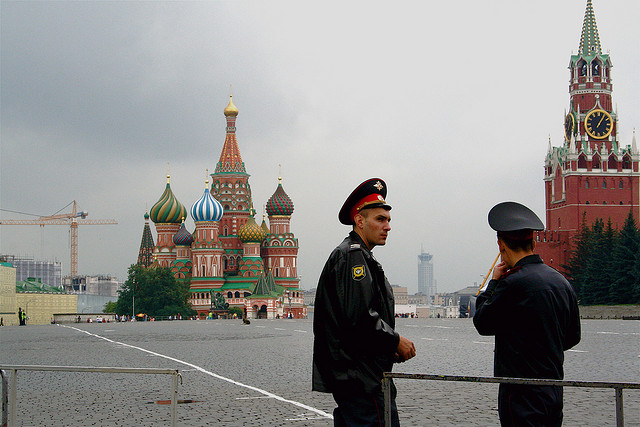 English-speaking civil servants would make life much easier for tourists and foreigners in Moscow. (kelpenhagen / Flickr)

The introduction of bonuses for English-speaking cops working in the downtown precinct was a welcome proposal by the police department, possible as Sobyanin allocated a separate budget for police bonuses (link).

Extending this to other departments, especially those that foreigners have to deal with (for example, like in the aforementioned registration process) would certainly make visiting Moscow a far more enjoyable experience for tourists and would help shake off the stigma that Russian officials are cold, emotionless creatures hellbent on making foreigners have a difficult time in the city. 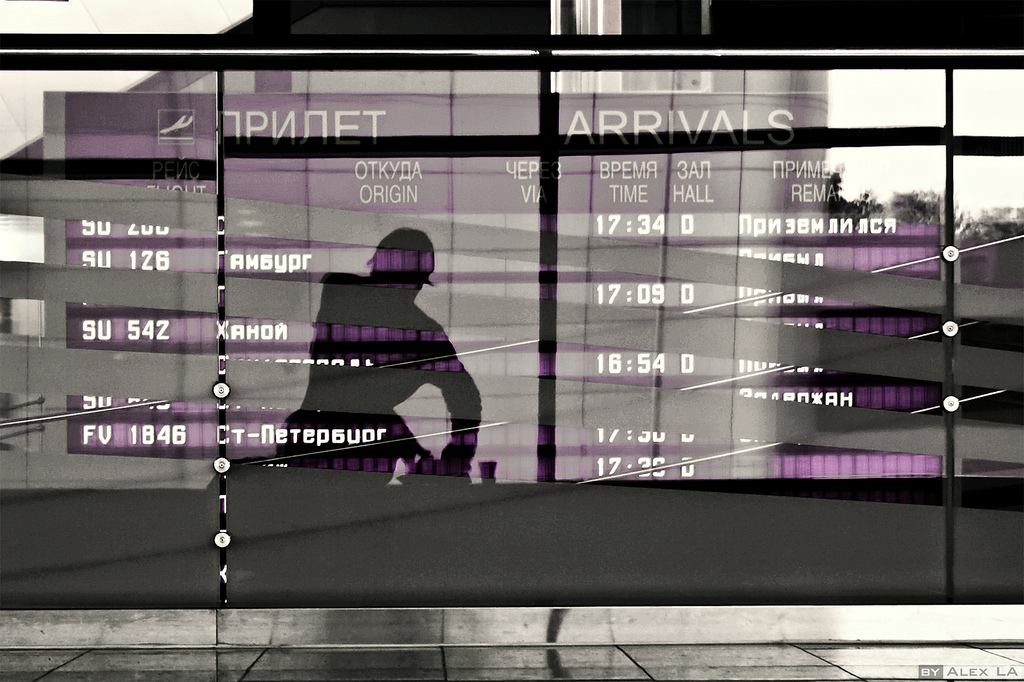 Both employers and their workers might look at the current situation as "uniquely Russian,' and must certainly spend a significant portion of their social time discussing loopholes in the system and sharing success stories and tips around it, but the reality is that a more responsive system is necessary, especially in the context of a rapidly changing workforce and working culture to allow more qualified foreigners that are not necessarily executives or managers, to work in Moscow.

Like the registration requirement, this suggestion is not Moscow-specific, but the mayor can certainly work with business leaders to lobby for changes or exemptions to the current system. At the moment it is a bureaucratic nightmare as companies must apply through the quota system and receive a slot for the following year to hire a foreigner legally. Apart from being a very long process, the problem is that the slots often go to the same companies that do not even use their allocation, and then resell these slots for a far higher price, with paying bribes as the only other option.