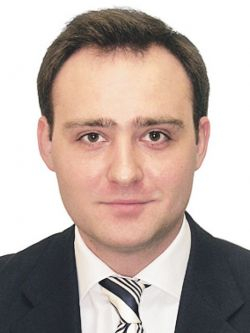 In 2013 the government of the Russian Federation announced what was expected to be two major concession projects of the year in the sphere of transportation: a tender for the construction and operation of an electronic toll collection system for trucks with gross weight in excess of 12 tons and a tender to build and maintain the Lena Bridge in the city of Yakutsk.

The Federal Road Agency (Rosavtodor) is acting on behalf of the state as the grantor and is responsible for the tender procedures and further to signing of concession agreement, financial closing and supervision during construction and operation phases.

Both projects envisages design works to be procured by the concessionaire, with overall expected CAPEX exceeding $2.5 billion.

Since 2008, there have not been any such projects on the federal level. The Moscow-S.-Petersburg toll-road (15-58 km) and Odintsovo by-pass, being the first transport concessions in Russia, successfully reached the commercial close in 2009 and financial close in 2010. Both roads are currently under construction. It is expected that operation of these "pioneer" projects will commence in early 2014.

Large regional infrastructure projects, which are structured according to the local PPP laws, are not emerging, except for those which are politically driven and supported by major financial institutions. These include Pulkovo and WHSD PPPs in St. Petersburg. Various infrastructure projects, including middle and small-scale, are declared, but do not seem to be on the horizon, at least not in the nearest future.

Both newly announced projects attracted unparalleled interest among Russian and foreign investors, including construction and engineering companies, financial institutions and qualified operators. The Federal Road Agency, in its capacity as the grantor, has invited potential bidders to comment on the developed tender documentation and organized road-shows with "one-to-one" meetings to discuss concerns and expectations of private sector participants.

The "Lena Bridge" and "12 tons" projects are equally unique for the Russian Federation from technical, financial and legal perspectives. Premier concessions were based on a direct toll scheme in which a concessionaire collects tolls directly from users and, depending on the provisions of the concession agreement, bears the so-called traffic risk.

Provisions of "newbie" projects are arranged so that the private investor is not bearing the risk of traffic and instead of toll collection from users receives an availability payment from the government to reimburse partially construction and maintenance costs, re-pay loans and receive relevant sponsor's income, defined in the agreed financial model.

Needless to say, it has been a "long road" for the Russian Government and the State Duma to develop and adopt relevant legislation to initiate this type of financial arrangement for automobile concessions. Since adoption in 2005, the concession law has been significantly amended to launch more toll-road concessions and those based on availability payment. Legislation reform also included long-expected changes to the Budget Code of the Russian Federation. Experts believe that the major legal challenges have now been resolved and expect that the government will prepare new viable concessions to advance the construction of modern automobile infrastructure, especially considering 2018 World Cup in Russia and expansion of the city of Moscow.

A preliminary independent evaluation of projects and published tender documentation by major financial investors, construction and engineering experts, both foreign and Russian, legal and financial advisors has shown that additional attention should be paid to intellectual property issues, verification of engineering details, strict compliance with applicable laws.

It is now anticipated that based on know-how gained through previous tenders, projects of "rival" State Corporation Avtodor, available best international experience and Russian case-studies, the grantor will develop and agree a pragmatic and accurate tender documentation with bankable concession agreements to satisfy demands of potential bidders.