U.S. rock band Bloodhound Gang found itself unwelcome in Russia after one of its musicians shoved the Russian flag into the front of his pants and dragged it out the back during a concert in Ukraine.

But the rockers are not the first to get a frosty reception in Russia, which was known for being inhospitable to foreigners in Soviet times but still rejects visitors for a variety of reasons today.

Every country certainly has the right to decide which visitors it wants on its soil, but when it comes to Russia the rationale behind such decisions are not always clear.

Here's a look at five ways to get yourself banned from Russia.

A YouTube video showing Hasselhoff pulling the Russian flag through his underwear Wednesday in Odessa.

1. Drag the Russian flag through your underwear.

Bloodhound Gang bass player Jared Hasselhoff showed off a blue-and-yellow Ukrainian flag and a Russian white-blue-and-red flag during a concert in Odessa on Wednesday. The crowd cheered the Ukrainian flag and booed the Russian one, prompting Hasselhoff to say, "Don't tell Putin," and unzip his pants.

Russian reaction was fast in coming. Culture Minister Vladimir Medinsky contacted authorities in the Krasnodar region, where the band was scheduled to perform last weekend, and convinced them to drop the act. "These idiots will not perform in Kuban anymore," Medinsky said on Twitter.

Perhaps the band got off lightly. Under Russian law, desecration of the Russian flag is punishable by up to a year in prison.

But the musicians, who were already in Russia by the time the culture minister spoke, did not leave the country for desecrating the flag. The Federal Migration Service cut short the duration of their visas because they were no longer scheduled to perform in the Krasnodar region. This is a common practice that also applies to foreigners who arrive to work on, say, a one-year contract but get fired before their contract expires. The band now may face a future ban.

Interestingly, not all countries are so sensitive about their flags. A day before the Odessa concert, Hasselhoff reportedly urinated on the Ukrainian flag at a concert in Kiev. Ukrainian officials have not reacted at all. 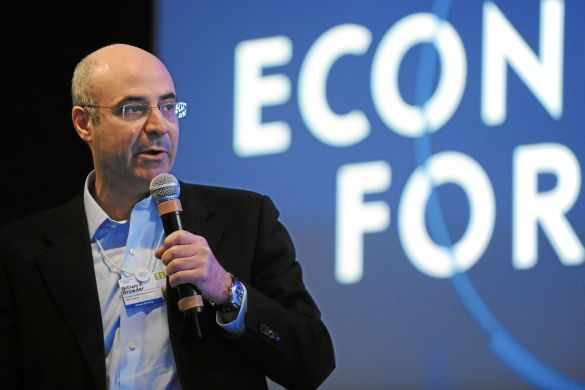 Browder says he is being punished for exposing corruption in state firms like Gazprom. (Wikicommons)

2. Get yourself declared a threat to national security.

Bill Browder, the British chief executive of Hermitage Capital Management, once the biggest foreign investment fund in Russia, was stopped by border guards when he arrived at Moscow's Sheremetyevo Airport on an Aeroflot flight from London in November 2006 and told that he had been banned from the country.

Browder later learned that he had been blacklisted by the Russian government as a "threat to national security."

The government has not offered further details. But Browder and his supporters believe that the ban was punishment for his exposure of corruption in state-owned companies like Gazprom. The Economist has written that Browder was blacklisted for meddling in the flow of money to "corrupt bureaucrats and their businessmen accomplices."

But the ban wasn't the end of the story. Browder, once a vocal Putin supporter, transformed into a fierce critic after failing to overturn the ban and played a key role in convincing the United States to pass legislation last December that blacklists Russian officials accused of human rights violations. Russian authorities, in turn, opened investigations into Browder and arrested his lawyer Sergei Magnitsky, who died after being beaten by guards in jail.


The Russian authorities now want Browder to return to Russia. Last month, a Moscow court convicted Browder in absentia on tax evasion charges and sentenced him to nine years in prison. Interpol, however, has repeated rejected Russian requests to extradite him, calling the case politically motivated. 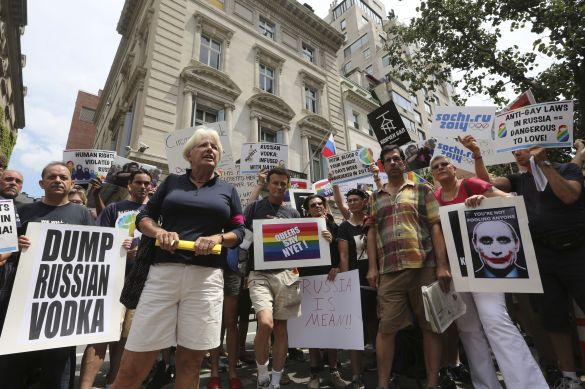 Four Dutch filmmakers who came to Russia to shoot a documentary about gay rights were forced to leave last month after they interviewed a 17-year-old boy about homosexual relationships.

The Dutch citizens, who entered the country on tourist visas, spoke with the teen at the Youth Human Rights Camp in the Murmansk region.

Law enforcement officials opened an inquiry into whether the filmmakers were promoting homosexuality among underage youth, a potential violation of a law signed by Putin in late June and carries a punishment of a fine of 4,000 rubles to 1 million rubles ($125 to $31,000).

But in the end, migration authorities accused the filmmakers of misrepresenting the purpose of their visit when applying for their visas and cut short the duration of the visas. The four filmmakers also were banned from entering Russia for three years. 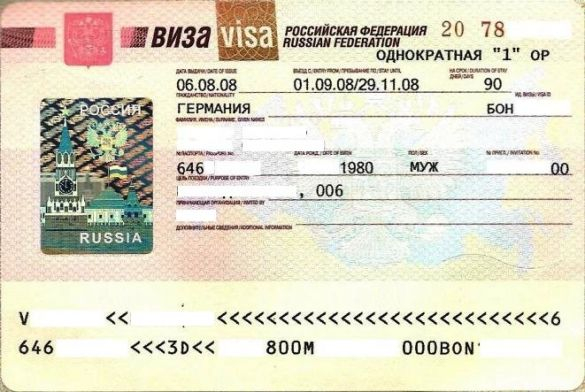 A single-entry visa issued to a German. Visa rules must be observed studiously. (Wikicommons)

Foreigners can be deported from Russia for failing to leave the country within three to 15 days after their visas expire, and the deportation is ordered by a court. This method of deportation is commonly applied to illegal migrants from other former Soviet republics.

Foreigners also can be expelled for lacking registration, the residency permit stamped on a slip of paper and carried with your passport; violating conditions for traveling around the country; and violating the rules for transit travel.

At the same time, foreigners can be barred entry into Russia if they have been kicked out within the last five years; have not served out a prison sentence or been rehabilitated for a serious crime committed in Russia or abroad; or do not have a visa or relevant documents needed for a visa.

Cuban architect Luis Vladimir Vega Sespedes was banned from Russia in July 2012 for exceeding the 30-day period of living here without a visa. He was married to a Russian woman and had been living and working in St. Petersburg for five years, using the legal right for Cuban tourists to stay in Russia for up to 30 days without a visa. He had been crossing the border every 30 days, but twice he forgot to leave on time, after which he was banned.

Regional migration officials said he would have received a residency permit a long time before if he had only applied for one.

After being banned, Sespedes was forced to travel back and forth on a ferry between Helsinki and St. Petersburg without setting foot on the shore in Finland, because he had no Shengen visa, nor in Russia, because migration officials said he had violated migration rules. After 40 days, the media reported his story and he finally was allowed to re-enter Russia. 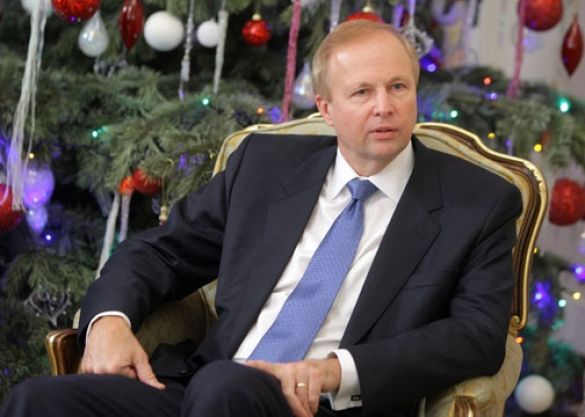 Dudley meeting with Putin in December 2011, after he returned to Russia's good graces. (government.ru)

Bob Dudley, then-CEO of oil major TNK-BP, a 50-50 joint venture between a group of Russian billionaires and BP, fled Russia in June 2008 when his visa was not renewed amid a dispute with his powerful Russian partners.

Dudley and BP accused the Russian side — Mikhail Fridman's and German Khan's Alfa Group, Viktor Vekselberg's Renova and Len Blavatnik's Access Industries — of using political pull and administrative pressure to deprive him of his visa.

The billionaires were upset with Dudley for what they saw as his preferential treatment of BP's secondees at TNK-BP, and they also accused BP of slowing down TNK-BP's expansion abroad.

The Kremlin, which had blessed the creation of TNK-BP in 2003, said it had nothing to do with Dudley's problems and would not intervene.

Officially, Dudley, a U.S. citizen, left the country because his work contract annulled early, meaning that the expiration date for his visa was also cut short and he faced arrest if he remained in place.

Leaving the country did not resolve his problems immediately. Dudley tried to run TNK-BP from abroad, where for a few months he was forced to stay on the move for his own personal safety.

The dispute was resolved amicably when BP surrendered operational and management control of the venture, and Russia subsequently reopened its arms to Dudley. He has visited in his current role as head of BP, and state oil giant Rosneft even offered him a seat on its board in March 2013.