The Kremlin thumbed its nose at the White House on Sunday by apparently facilitating frantic arrangements to whisk fugitive Edward Snowden out of Hong Kong on an Aeroflot flight to Moscow.

Snowden, who is wanted by the U.S. for revealing highly classified surveillance programs, arrived at Moscow's Sheremetyevo Airport on Flight SU213 on Sunday afternoon and was booked by the state-owned airline on a Monday flight to Havana, Itar-Tass reported, citing an unidentified Aeroflot official.

From Cuba, Snowden was expected to travel on to Caracas, Venezuela, the report said.

A senior U.S. senator reacted furiously, saying President Vladimir Putin likely had known and approved of Snowden's flight and that the development would hurt U.S.-Russian relations.

"Putin always seems almost eager to stick a finger in the eye of the United States — whether it is Syria, Iran and now of course with Snowden," Democratic Senator Charles Schumer told CNN's "State of the Union," adding that China may have been involved as well.

"This action, Putin allowing Snowden to land in Russia and then go somewhere else, is going to have serious consequences for the United States-Russian relationship," Schumer said.

Putin's spokesman, Dmitry Peskov, said he was unaware of Snowden's plans, and the Foreign Ministry declined comment on whether he had asked for asylum. Peskov said earlier this month that Russia would consider granting Snowden asylum if he were to ask for it. 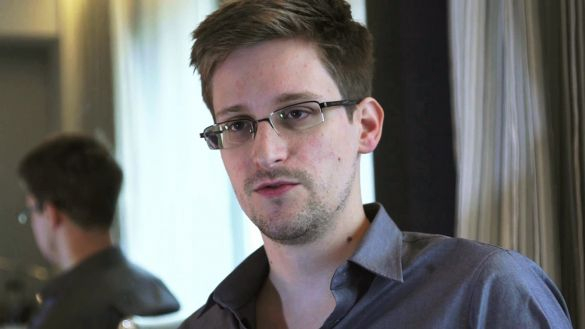 Snowden speaking in an interview to The Guardian newspaper in Hong Kong on June 6. (The Guardian)

Russia and the U.S. have no extradition treaty that would oblige Russia to hand over a U.S. citizen at Washington's request.

Snowden had been in hiding in Hong Kong for several weeks after revealing information on the highly classified spy programs. A spokesman for the government of Hong Kong, a former British colony which returned to China in 1997, said it had let Snowden depart because a U.S. request to have him arrested did not comply with the law.

Reporters at Sheremetyevo Airport said there was no immediate sign of Snowden, but Russian media reports suggested he might have been taken by car to a foreign embassy in Moscow. Two cars with Ecuador diplomatic plates were spotted parked outside the Sheremetyevo terminal where the Aeroflot plane arrived.

No one was immediately available for comment at the embassies of Venezuela and Ecuador. 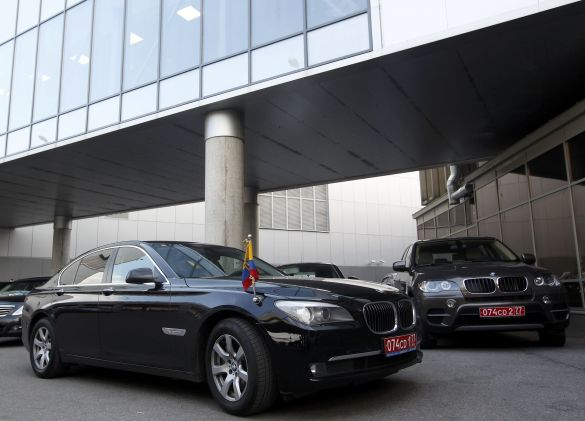 The WikiLeaks anti-secrecy group said it was working with Snowden and he was bound for an unidentified "democratic nation via a safe route for the purpose of asylum."

WikiLeaks added in an update on Twitter that he was accompanied by diplomats and legal advisers.

"The WikiLeaks legal team and I are interested in preserving Mr. Snowden's rights and protecting him as a person," former Spanish Judge Baltasar Garzon, legal director of WikiLeaks and lawyer for the group's founder Julian Assange, said in a statement.

"What is being done to Mr. Snowden and to Mr. Julian Assange — for making or facilitating disclosures in the public interest — is an assault against the people."

Assange has taken sanctuary in the Ecuadorean Embassy in London and said last week he would not leave even if Sweden stopped pursuing sexual assault claims against him because he feared arrest on the orders of the U.S.

Assange, who leaked thousands of classified U.S. diplomatic cables, has won praise from the Russian government and was given a job as host on RT, the Russian state television channel.

Putin just met with U.S. President Barack Obama a week ago on the sidelines of a Group of Eight summit in Northern Ireland, where Obama sought to breath new life into a "reset" in relations started between him and former President Dmitry Medvedev.

Material from Reuters and The Associated Press was used in this report.