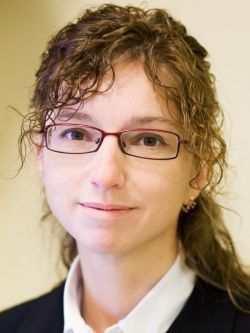 From the times of Peter the Great, professionalism and qualifications of foreign specialists were highly valued in Russia, which is true for today as well.

The procedure of employment of foreign nationals prescribed by law is quite complicated and time-consuming, consisting of multiple stages and requiring a lot of paperwork.

However, certain positive amendments were recently introduced to the law. Those are related to the employment of so-called highly qualified specialists and provide for a simplified procedure of foreign specialists employment in Russia. Nevertheless, the law also sets forth certain specific requirements for employment of such HQS.

Most of those shall be reflected in an employment agreement between the Russian employer and foreign national being employed as an HQS, and they are outlined in this article as well as those frequently asked questions usually raised with regards to these law requirements.

The law provides for only one criterion for a foreign specialist to be considered as HQS. The minimum annual salary amount of such employee shall be no less than 2,000,000 rubles (~50,000 EUR) including personal income tax. Professional qualification of the foreign employee is in the employer's own discretion.

There is only one restriction related to an employer's status when speaking of HQS employment. The representative offices of foreign legal entities are not allowed to employ HQS.

Since the agreement shall be executed and signed prior to applying for a work permit, in practice it is difficult to define the exact date of the work permit's receipt and, therefore, to specify when the agreement will come into effect.

This is possible if such insurance covers and is applicable in the territory of Russia. With this regard, it might be reasonable mentioning in the employment agreement that Russian employer will reimburse the insurance payments to HQS.

In addition, if HQS family members (foreign nationals) are also coming to Russia the Russian employer is required to arrange (or reimburse) a voluntary medical insurance to those as well.

Since the annual salary of HQS shall not be less than 2,000,000 rubles (~ 50,000 EUR) the monthly salary will have to be at least ~ 4,166 Euro. The question is whether a foreign national can be considered HQS if the amount of salary is less than the above, yet the foreign employee receives additional benefits from the employer paying for accommodation in Russia, food allowance and pocket money, the collective sum of which (together with salary) amounts to 2,000,000 rubles per year.

As per the recent practice, the salary amount is considered including the above mentioned payments if those are paid by employer and in such case the above foreign national may have HQS status in terms of work permit application.

These are only some of the issues, which the parties to the employment face when proceeding with receiving a work permit for HQS. Considering that the practice of Russian migration authorities varies from region to region the above clarifications can make the procedure of application for HQS work permit easier.