Contribute Today
By Yulia Schastnaya
May 13, 2013
The MT Conferences section did not involve the reporting or the editorial staff of The Moscow Times. 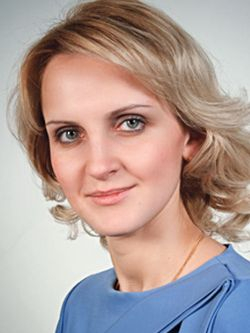 Using Russian law as governing law for M&A transactions as a recent trend in M&A activity has been discussed widely in the context of the state's proclaimed policy to this effect. This trend could have been set in motion in the context of the government's de-offshorization policy, in conjunction with plans to privatize state-owned assets. The prospective privatization plan includes quite a long list of major companies that will be sold entirely or see the state's stake reduced. The privatization methods will be set individually for each of the companies.

Moreover, assets being transferred by Russian public officials to the Russian state may also play a role in resolving the tension between English law and Russian law in governing M&A transactions, and in strengthening the trend of opting for Russian law.

However, it is another widely discussed factor that may prove decisive in turning the balance to Russian law: the reform of Russia's Civil Code. Among other things, the new amendments  introduce some concepts that are well known in terms of English law.

English law is traditionally chosen for major transactions, whereas Russian law prevails in transactions by medium-sized business where Russian business is reluctant to deal with the large volume of documents used under English law. Another complication is the need to resolve disputes abroad.

First of all, cautious players will be waiting for the courts' view on how the suggested mechanics are used. But more importantly, the suggested amendments have been criticized because of potential problems with their implementation.

An English-law transaction allows the purchaser to claim damages from a breach of warranties, while a Russian-law deal does not.

The amendments also introduce a concept that is closest to the idea of an indemnity under English law. However, the wording of the amendment gives rise to certain questions.  Among other things, it follows from the suggested amendment that unless the contract provides for the amount of the indemnity to be paid such amount must be determined according to the mechanism for compensating damages. Under English law, an indemnity is a promise by one party to the other to hold that other party harmless against a particular cost or liability, which means that an indemnity is in essence a separate obligation. There being no obligation on the purchaser to prove damages gives a high level of comfort to the purchaser claiming the indemnity. The current amendments contrast with this, referring to damages and thus potentially nullifying the effect of the entire amendment. The current amendments also do not allow any third party to give an indemnity, whereas in English-law-governed transactions, an indemnity may be given by a group company of the seller.

The amendments to Russian civil legislation may represent the start of a move towards the use of Russian law. However, for this to gather momentum, not only do the amendments  need to be refined, there must also be increased trust in Russia's judicial system.