Contribute Today
By Artem Zhavoronkov
May 6, 2013
The MT Conferences section did not involve the reporting or the editorial staff of The Moscow Times. 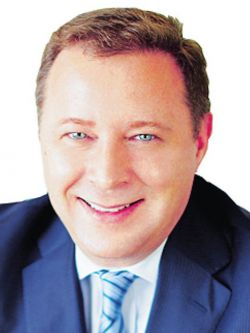 Abuse of executive power by company managers is nothing new in Russian legal practice. Recent cases have shown an astonishing level of fraudulent activity by executives allegedly abusing their powers. The companies involved include Kirovsky Zavod, RusAgroprom, LPZ Unitary Enterprise, and others. These cases illustrate the desperate need to work out an efficient approach to the civil liability of executive bodies. In February, the Supreme Arbitration Court of the Russian Federation (the "SAC") provided the public with a revolutionary draft of a decision by its Plenum "On certain matters involving recovery of losses by members of management bodies of companies" (the "Draft"). The draft has been extensively discussed among those in the legal community. Though the draft was returned to the SAC for improvement, the main concepts of the draft were not contested and will likely be adopted in the near future in the final decision of the SAC's Plenum.

So why is the draft so extremely important for domestic businesses? As an act of law enforcement, it does not change the legal norms regulating managers' liability that are currently found in Russian corporate law. Nonetheless, it does smoothly adjust the legal grounds for executive and non-executive managers' liability, which now seem to be similar to the principles of "fiduciary duty" and "business judgment" adopted in the U.K. and U.S., respectively. In this article, we examine the main ideas of the draft.

For the first time, the SAC is inclined to presume a manager's dishonesty and irrationality, which is contrary to the concept of presumption of good faith. To sum up the draft's provisions, the principle of a manager's "honesty and rationality" can be formulated as follows: "A manager is obligated to act in the company's interest (not in his or her own interest or the interest of third parties), in good faith (to not make deliberately disadvantageous deals), and reasonably (basing actions on sufficient information), taking reasonable entrepreneurial and business risks in order to achieve lawful aims (including the performance of public duties)". The abovementioned principle set forth in the draft is quite close to the interpretation of the U.S.'s "business judgment" rule. 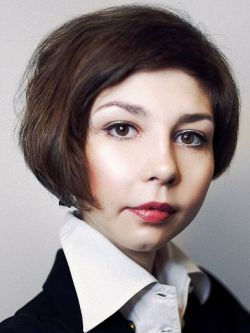 That said, considering the placement of the burden of proof in corporate disputes on the side of allegedly dishonest managers, the SAC's Plenum inclines toward the English concept of "fiduciary duty," declaring that it is the manager, not the claimant, who is under the obligation to prove the lack of bad faith and/or irrationality in performing his or her corporate duties.

Though there are many practical and interpretational problems, such as defining terms like "conflict of interest," "normal entrepreneurial risks," etc., it goes without saying that the approach to apportionment of the burden of proof set forth in the draft would significantly reduce the current level of managers' "immunity," and would require that managers vigorously prove their innocence. Also, developing the doctrine of "conflict of interest" even further would be extremely useful for enforcement purposes.

Besides the presumption of bad faith, the Draft contains contentious ideas on a manager's obligation to reimburse losses caused by the company's improper performance of so-called public duties (e.g., payment of taxes) or by company representatives, contractors, or employees who were unreasonably chosen or poorly controlled by the manager.

As for public duties, the SAC Plenum's approach seems to contradict existing court practice. As a generally accepted rule, the company itself takes on the bulk of the negative consequences from losses caused by the company's failure to properly pay taxes or properly perform other public duties, with the exception of limited administrative fines on managers. Current court practice adheres to the idea that managers are not, in general, liable without having performed a culpable action.

This newly introduced concept of managers being fully liable for the actions of company employees, contractors and agents hired by the manager seems to be quite a radical development. We hope this concept will not be incorporated in the final document adopted by the SAC Plenum.

All in all, the draft is a significant step forward in terms of bringing a more "civilized" approach to the Russian corporate world. The concept of conflict of interest is vital when defining corporate managers' responsibility. We hope this concept will be developed even further.

At the same time, some of the new ideas introduced seem to be questionable. The concept of unlimited liability of a manager with respect to payment of taxes and other public duties needs further clarification.

We also doubt this concept will be warmly welcomed in legal circles. In addition, the idea of a manager being fully liable for company employees, agents, and representatives may, in the end, be counterproductive.