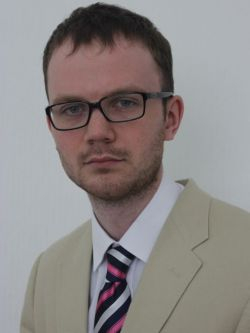 In view of a lack of knowledge of the law by employers and human resource departments in organizations, when hiring and firing foreign employees, various violations may arise on the part of the employer. In this article we will analyze the peculiarities that employers face when dismissing foreign employees.

A common basis for the dismissal of a foreign employee is to fire him or her in connection with the expiration of the term of his or her employment agreement.

Often, employers with foreign employees enter into fixed-term contracts for the duration of the employee's work permit and are not aware that they are in violation of labor laws by doing so. Foreign citizens are subject to the provisions of the Russian labor law. Thus, according to the general rules stipulated in Article 58 of the Labor Code, employees have to enter into an employment agreement for an indefinite period of time. A list of cases in which an employer may conclude fixed-term contract with employees is strictly limited to cases listed in Article 59 of the Labor Code of the Russian Federation.

For the purpose of avoiding violations of the Labor Code by employers, on May 19, 2010, the Federal Law "On the Legal Status of Foreign Citizens" № 115-FZ was amended. It established a special reason for terminating an employment with a foreigner (paragraph 9.3., Article 18) — the cancellation of the work permit or the period of its expiration.

Thus, upon the expiry of the work permit of a foreign employee, the employer has the right to terminate the employee on the basis of FZ-115, indicating in the regulatory documents regarding the dismissal and employment record, the fact that an employee was terminated on the basis of paragraph 9.3 of Article 18 of Federal Law № 115-FZ.

For the extension of work permits in the event that the employee has entered into a new employment agreement, the foreign citizen must, no later than fifteen days prior to the expiration of the permit, file an application and necessary documents to the immigration authorities.

It should also be remembered that the dismissal of a foreigner who is temporarily staying cannot be based on his/her transfer to another employer. These grounds apply to foreign citizens who are residents either temporarily or permanently (for temporary residing foreigners the transfer can be done within the subject areas of the Russian Federation in which the foreigner has been granted a work permit).

Dismissal based on an employee's refusal to transfer to a job in another location together with the employer is also possible, but only in respect of foreign citizens who are either temporary and or permanent residents in the Russian Federation, and only after receiving permission from the relevant authority regarding the change of residence.

When the employer experiences difficulties associated with the inability to issue a work book to the foreign employee on the day of dismissal, it should again follow Russian labor legislation. The employer must notify the employee of the need to present the work book or send it via post, keeping proof of it being sent via post. Since the implementation of these actions, the employer does not bear the responsibility for the possible delay of the work book.

In the event that a foreigner commits a disciplinary offense, the employer has the right to fire him/her for non-performance of their job duties. At the same time, we should not forget that the dismissal on that basis should fully comply with the procedure imposing a disciplinary sanction in accordance with Russian labor law.

Here, grounds for the firing will be recognized as administrative penalties to exclude the performance of employee duties under an employment agreement in accordance with paragraph 8 of Article 83 of the Labor Code of the Russian Federation. An employer may dismiss an employee from the entry into force of the decree imposing an administrative penalty. In this case, the confirmation of the legality of dismissal, the employer must have a copy of this resolution.