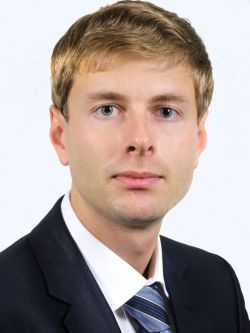 Many taxpayers fail to use legitimate means to cut their tax burden because they do not know that such means exist, they are afraid of having to prove their point before the tax authorities or are just unwilling to depart from their long-established accounting practice.

In most cases, the companies operating in the Far North and equivalent territories (for example, the Sakhalin region is treated as such a territory) do not apply accelerated depreciation.

However, the existing case law confirms that taxpayers are entitled to pay less profit tax because a higher depreciation factor is applied to fixed assets that are in direct contact with explosives and fire hazards or any other hostile technological environment or are used in conditions where work shifts are more frequent. This means that all fixed assets may be depreciated at twice the rate when they have contact with oil or gas or are used more frequently than under a double-shift pattern (when such use is in line with technical documentation). Several months ago, the tax authorities pursued just such a case in an attempt to change the case law, but the Presidium of the Russian Supreme Arbitration Court (the "SAC") upheld the taxpayer's position.

The main trends of tax policy in 2013, and projected in 2014 and 2015, as developed by the Russian Finance Ministry and approved by the Russian government, stipulate that the provision allowing the use of the increased depreciation factor should be excluded from Article 259.3 of the Tax Code or its application should be limited. This goal will be attained by updating the term "hostile environment" and not applying this factor to fixed assets initially intended to be operated in contact with a hostile environment and used as stipulated in the relevant manufacturer documentation.

On the other hand, legislative amendments are now being prepared that will directly allow companies to apply this mechanism to their operations in offshore oil and gas projects located mostly in the Far North and equivalent territories.

On April 12 of this year the Russian government adopted Order No. 443-r (the "Order") aimed at promoting offshore oil and gas projects that involve commercial production starting after 1 January 2016.

The Order will apply to projects implemented in the Kara and Barents seas, in the Eastern Arctic (the Laptev, East Siberian, Chukotsk and Bering Seas), the Pechora and White Seas, and the Okhotsk (including the continental shelf of Sakhalin Island), and the Black, Azov and Baltic Seas. The Russian government has instructed the Finance, Economic Development and Energy Ministries to draft the relevant law.

Apart from introducing a package of tax and customs benefits, a mechanism for stabilizing the tax environment and other incentives, the order establishes an increased depreciation factor for fixed assets used to develop the relevant deposit.

Therefore, the anticipated negative legislative amendments may be offset by amendments being drafted that aim to promote hydrocarbon production in offshore fields.

The reduction in the profit tax burden may be wider than just for companies implementing offshore oil and gas projects and does not depend on the above-mentioned legislative amendments.

Companies operating in the Far North or equivalent territories are also eligible for this reduction, as the example of Sakhalin shows.

Taxpayers operating in this region use various pieces of equipment, structures, wells that have been put into operation, and other fixed assets

Often, the companies operate in adverse climatic conditions: a marine climate with a high concentration of chlorine ions and sulfurous gas in the air, increased corrosion activity of the atmosphere, frequent snow storms, strong gusty winds, low temperatures in the north of Sakhalin and so on. As a result, equipment becomes worn out more quickly.

An examination of the legislation in force suggests that regulations provide for increased depreciation of fixed assets used in the Far North and equivalent territories, including the Sakhalin region.

Therefore, Sakhalin taxpayers are entitled to depreciate the cost of their fixed assets faster by applying an increased factor of 2 and to deduct larger amounts as expenses for profit tax purposes.

This conclusion is supported by the relevant case law.

To sum up, taxpayers, including those operating in the Far North and equivalent territories, should be aware of the benefits if they can make use of the rights legislation gives them. By being clever, they can reduce their tax burden, save additional resources and claw back tax refunds from the state budget.