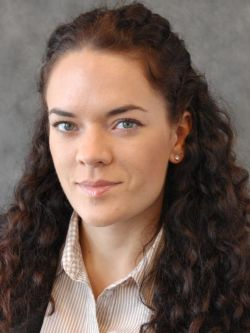 A free license with respect to intellectual property objects ("IP objects") is a special type of license under which an unlimited number of unspecified users (licensees) is entitled to use, reproduce, distribute and change the licensed IP object for commercial or non-commercial purposes. Free licenses may grant to the licensee all of the above-mentioned rights or only some of them. In practice, such a free license can be provided either with or without consideration. The main goal of the free license is to distribute the IP object widely and provide any persons with the right to develop the relevant IP object further.

Free licenses are widely used in Russia and worldwide. Practically all copyrightable objects (scientific or literary work, software) and objects of related rights (performances and broadcasting) can be the subject of such a license. However, the question as to whether free licenses are compatible with Russian law is uncertain and opinions about their applicability in Russia vary even among experts.

Although in general free licenses do not contradict Russian law, there are some ambiguities in this area. For instance, it is unclear whether such a license will be enforceable in electronic form, how the personal (moral) rights of the authors (i.e. right to recall work, right on the inviolability of the work) can coexist with new works, which may be developed on the basis of the initial work.

Many of the current issues in this area are supposed to be resolved after the adoption of the new edition of the Civil Code of the Russian Federation, the draft of which is currently under examination in the State Duma.

The relevant amendments are divided in two main directions, which are aimed to build the system of "free licenses" regulations in Russia. Remarkably, the legislator uses the term "open license", and the term "free license" is not used officially (although, in the context of the amendments these terms are synonymous).

Amendments of the first direction should cover new regulations with respect to copyrightable objects (such as software) as well as neighboring rights. The intention of these amendments is that the licensor may offer a license with respect to his IP object in form of a public declaration, which should be placed on the website of the Federal Service for Intellectual Property ("Rospatent"). Such a declaration should contain the terms and conditions of the license to be granted to any person, who is willing to accept the offer and enter into the license agreement with the licensor.

The aforementioned type of a declaration (offer) is only somewhat similar to the traditional "free license." The amendments of second direction are near to the traditional "free license." The license agreement that grants the non-exclusive right to use the work of art, literature or science can be concluded in the simplified manner ("open license").

The open license is an accession contract, and its terms should be available for general public. The licensor decides how the offer should be made publicly available, and which actions the potential licensee should undertake in order to accept such a license. After the performance of such actions the license agreement is considered to be concluded. The default position is that the open license is gratuitous and applies worldwide.

Although this new draft of the Civil Code should make the Russian law closer to international practice concerning free licenses, the efficiency of such changes may be evaluated only after implementation of the draft.