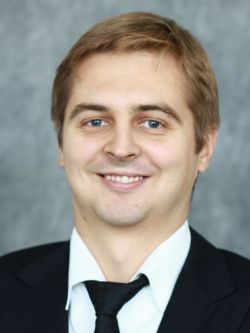 The Supreme Arbitration Court of the Russian Federation, or the SAC, issues a large number of rulings and clarifying documents concerning economic disputes annually. Even though the rule of precedent is not used in Russia, practicing lawyers thoroughly examine the court's rulings and clarifications and will take them into account when giving advice to clients.

During 2012 there were many rulings regarding different aspects of legal practice. However, one of the key tendencies of 2012 should be highlighted, namely the attention given by the SAC to the issue of compensation of litigation expenses.

The basis for the attention given to this problem can be explained by two considerations.

First, the compensation of legal expenses is one element of the rectification of an injustice. The individual or business that has been forced to protect his rights in court and has won the dispute has a right to expect the total restoration of his rights, including compensation for the expenses incurred for the representation of his interests in court.

Second, the increase in the compensation of litigation expenses has a disciplinary affect on the participants of business activities. The business man who understands that he is wrong will not play for time and wait until the court delivers a decision and imposes additional expenses on him, but will take measures to regulate the dispute within the framework of the pre-trial procedures. Previously, businessmen used to go into court because it was more beneficial than having to pay the debt willingly. Yet there is a hope this practice will diminish as a result of the SAC's attention to the issue.

The SAC continues to develop the criteria for what constitutes "confirmed" and "reasonable" expenses for representation in court.

Expenses are recognized as "confirmed" if they are evidenced and confirmed by corresponding documents, such as an agreement on rendering legal services, acts and billing documents.

The criteria for "reasonable" expenses involve an estimation. The court estimates the costs from the actual scope of the services rendered, in particular the number of hearings, court instances, the complexity of the case, the necessity of examination of the legal issues, and the amount of evidence that is produced and examined.

Based on the above, the court estimates whether the expenses for the representation are reasonable or not and may adjudge that partial compensation is more appropriate, if it concludes that full compensation will exceed a reasonable amount for the work performed on a particular occasion. The most common reason that courts use for reducing the sum claimed is the low complexity of the case. However, step by step, the courts are moving to recognize usual costs for representation as reasonable.

Some issues concerning the compensation of legal expenses were clarified by the SAC's plenary assembly of July 12, 2012. The parties may claim for litigation expenses and the judge may decide on the claim either when a decision is delivered regarding the main dispute, or within six months after the latest court decision regarding the case has come into legal force. The Plenary assembly clarified that a ruling of the cassation instance may also be recognized as the latest court decision if the case was examined by the cassation instance as well. Other procedural issues were also clarified, for instance the compensation of litigation expenses incurred during enforcement procedures.

The close attention of the SAC to litigation expenses means that the lower courts have begun to examine these kind of questions better and more actively. The sums recovered for compensation of expenses are beginning to converge with the actual expenses incurred by the parties due to the attention given to the issue by the courts. Representatives of the business and legal community should greet such developments in court practice positively. The recovery of adequate sums as compensation for litigation expenses is a sign of the justice and legal civil system becoming stronger, and it demonstrates the growing recognition of the professional legal representative's social value. Development of the practice of compensation for legal expenses brings the Russian legal system closer to the most developed legal systems.