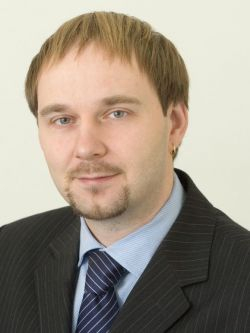 Until recently, foreign producers and their authorized exclusive distributors based their combat against parallel importing into Russia on the legal concept of exhaustion of exclusive rights to a trademark. Article 1487 of the Civil Code stipulates that the exclusive right to a trademark is not infringed if the trademark is used by other persons in respect of products that have been introduced in civil-law transactions in Russia directly by the right holder or with his consent.

In practice this means that importation of goods produced and trademarked abroad into Russia is allowed only if the importation is performed by the trademark owner (producer) or if it gave its express consent to it.

In order to implement this legal concept, Russian customs created a special register that contains information on imported products, their trademarks, their right holders and the authorized importers of genuine products. 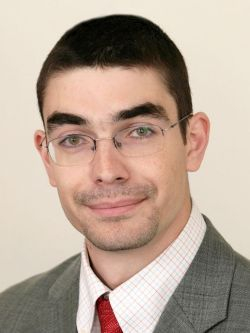 Products imported by anyone apart from the right holder or an authorized importer are automatically stopped at customs. Russian customs initiate administrative proceedings, and if it is proved that the importer is not allowed by the right holder to import the products, the case is transferred to the courts.

Until the recent case of a Porsche that we will discuss later on, the court decisions led to confiscation and destruction of illegally imported products as counterfeits. The legal basis for such decisions is Article 14.10 of the Russian Code of Administrative Violations.

This was an effective way to stop parallel imports because the products imported into Russia without consent of the right holder were confiscated and destroyed and the importers were fined.

For some background, in 2008 Genesis LLC tried to import one broken Porsche Cayenne S model into Russia. The "Porsche" trademark was included in the Customs Trademark Register. Genesis LLC was not listed as an authorized importer. According to the procedure described above the customs stopped the vehicle at customs, initiated administrative proceedings and transferred the case to the Moscow Arbitration Court (the competent commercial court in Moscow). The court decided that Genesis LLC must pay a fine of RUB 30,000 (EUR 750) and the car was confiscated. The appeal court confirmed the decision of the Moscow Arbitration Court.

However, the Supreme Arbitration Court considered that the vehicle was manufactured by a trademark owner. The trademark was legally marked on the vehicle. Consequently, there was no illegal use of a trademark or in legal terms — a counterfeit (A counterfeit is defined by Article 1515 of Russian Civil Code as goods, labels or packages of goods on which a trademark or easily confused designation has been illegally placed.) There should therefore be no administrative liability provided by Article 14.10 of the Code of Administrative Violations, i.e. no confiscation, destruction and fines.

At the same time, the Supreme Arbitration Court argued that although there is no administrative liability a right holder may file a civil claim on the basis of the remedies provided by the Russian Civil Code.

Article 1515 of the Civil Code allows a number of remedies in case of an illegal use of trademarks, including, in particular, a withdrawal from transactions and destruction at the expense of the infringer of counterfeit goods, labels or packages of goods on which the illegally used trademark or easily confused designation has been placed.

As a result of this case, there was a series of claims in 2010-2012 aiming to find legal protection against parallel import in new conditions.

One of very first claims was filed in 2009 by Salans (Moscow office IP team), representing Evian.

Russian customs had detected two trucks (with over 50,000 individual units) assumed ("assumed" because no tests were made to confirm whether the imported water was in fact Evian water) to be manufactured by a trademark owner and imported by Westline LLC. The goods were intended for sale in Germany, then transited through Estonia, Moldova, Ukraine and finally Russia.

The "Evian" trademark was entered into the Customs Trademark Register. Westline LLC was not registered with the register.

Russian customs informed Evian as the right holder of a non-authorized importation. Evian requested that customs seize the goods and in parallel in accordance with the outcome of the Porsche case it filed a civil claim in court for trademark infringement (exhaustion of exclusive rights). The court issued a temporary restraining order to seize the goods at the customs warehouse.

In a number of other cases (Heineken Ceska Republica case, Uvex Arbeitsschutz GmbH case, Longines Watch Co. case), the decisions of courts in different regions of Russia confirmed the position described above.

Based on the above, we can conclude that Russian courts today consider that a parallel import is not an importation of a counterfeit and, thus, no administrative liability is applicable, but that there is an infringement of the trademark right holders' rights that is subject to civil liability, in particular, in the form of a prohibition to import and possible compensation.

This established court practice has to be confirmed by the amendments to the Civil Code that are currently debated in Russian parliament:

Russia’s opposition has claimed the vote was the country’s most fraudulent in recent history.
'UNFOUNDED STATEMENTS'