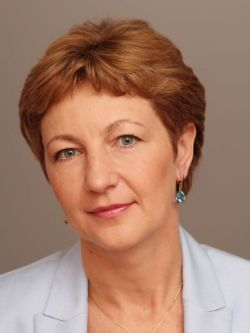 Secondment (in all its different manifestations and various terminology, such as agency labor, personnel leasing, outstaffing, temporary and seasonal staffing) was established in our country back in the late 90s. These worldwide-known services started in Russia with outstaffing shortly after the crisis of 1998, helping international investors in the implementation of their plans and projects in the post-default country with no increase of headcounts shown to their headquarters, at the same time helping the country itself and its citizens to survive. They have developed gradually during the last decade into a strong market all over the country, with an average yearly growth of about 30 percent.

Approximate estimations of the numbers of employees working legally through the agencies are between 120,000 and 140,000 people, which equals to 0.1 percent of the economically active population (compare with 5 percent in the U.K.; 2.6 percent in the Netherlands; 2.29 percent in Belgium; 1.3 percent in the U.S.; 1.7 percent in Japan; 1.2 percent all over the world).

"Mobile labor" has always been in demand by major international investors in Russia who are used to these services in their operations all over the world. The flexibility it provides to companies, especially in countries with a developing economy and in times of economic instability, which we are going through nowadays, does not need to be specifically proved.

On the other hand, due to the peculiarities of migration laws in Russia, the majority of expatriates in the country use secondment agreements with their mother companies simultaneously with local labor contracts in order to keep social security in their countries of origin.

Despite the wide use and quick development of secondment and a lot of attempts by major international staffing agencies to legalize agency labor, Russia still does not have any legislation in this area.

Moreover, the State Duma's Committee on Labor, Social Policy and Veterans' Affairs put forward a draft law on general prohibition of secondment and agency labor in the Russian Federation back in 2011. The authors of the draft are Trade Unions' leaders. It passed the first reading in the Duma on May 20, 2011. At the moment, the draft law is being prepared for the second hearing, which is set to take place this autumn.

Unfortunately, despite the aforementioned development, outstaffing and secondment services are still pretty new to the Russian market. The majority of the population of this huge country do not know such words as "agency labor," "outstaffing," "secondment" and "temporary personnel," and they are not aware of the privileges and peculiarities of "mobile labor" world practices and do not know how to protect themselves from fraud in this area in their mother country.

Due to the absence of legislation in the field of outstaffing and secondment (the only reference to secondment we can find in three articles of the Russian Tax Code), there are huge numbers of violations of law from dishonest agencies and companies, which are discrediting these services and ruining the image of reliable service providers as well. Thus, in order to lower expenses, such agencies either do not sign contracts with their employees at all (and all the payments to them are "black" cash) and often do cheat them, or pay "gray" salaries, sufficiently reducing due tax payments to the state. Employees of such agencies do not have proper social security and guarantees; a lot of illegal migrants work on such schemes. All this illegitimacy needs to be put into legal framework in order to protect both employees and the government from the breaches of law.

But, from our point of view, it should not be done via prohibition of a huge part of the Russian HR services market. It seems much more reasonable to establish certain rules and borders in the frames of the Labor Code, which should take proper care of the whole market. It is not really difficult to do. For instance, introducing agencies' accreditation or licensing alongside with adopting new articles to the Labor Law regarding "mobile labor" rules and regulations and securing employees' rights and social guarantees.

Still, in case the draft law goes through the second reading in the version of the first one as well as in the latest versions proposed by the Duma committee, it will bring huge damage not only to certain businesses (such as oil and gas, FMCG, food production, automotive, logistics/warehouses, retail, IT/telecom, etc.) using these services in Russia due to its economical suitability especially in the present overall unstable conditions and not only to labor agencies, many of which will suffer greatly and will sufficiently reduce their operations in the country. The whole investment climate of the Russian Federation will become even less attractive, also because of the prohibition of using secondment agreements for highly qualified personnel of international companies. Moreover, such Russian governmental projects as Skolkovo and the Sochi Olympics will suffer as well.

Fortunately, the Russian government is listening to the needs of business nowadays. The ministries attract experts from different areas for evaluating and forming opinions on the draft laws, including the one on secondment.

We hope that the voice of various business associations present in the country (both international and local), which was raised immediately after the publication of the draft law against prohibition and in favor of regulation of the existing market, will be not only heard but also followed, and ultimately compromise will be achieved.

A fourth leak has been detected in undersea gas pipelines linking Russia to Europe, the Swedish Coast Guard said Thursday, after explosions were reported...
shrinking base