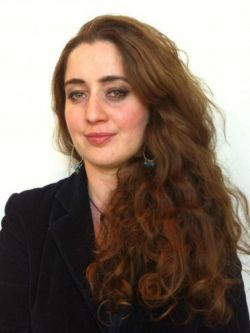 First of all, it should be noted that the law does not prohibit foreigners from having secondary jobs. Indeed, under Article 13(1) of Federal Law No. 115-FZ, foreign citizens have the right to freely use their capabilities to work by choosing any type of occupation and profession, and to use their capabilities and assets for entrepreneurial or other economic activities that are not prohibited by law, subject to the limits set by federal law. The Labor Code also clarifies that the rules established by labor legislation and other acts that contain labor-law regulations also apply to labor relations with foreign citizens. Consequently, the rules that apply to Russian citizens also apply to employment agreements entered into by foreign citizens.

It is important to note that if a foreign citizen has a temporary residence permit in a certain region of Russia, he/she may work only in that region.

Often there are situations in practice where a foreigner who has received a temporary residence permit, say, for the Moscow region, has tried to find a job with a company in Moscow, which is prohibited by law. Therefore, an employer must check such information prior to hiring a foreign employee in order to avoid violating the legislative requirements. This is because lack of knowledge will not relieve an employer from liability for hiring a foreigner in violation of the law.

Secondary employment rules for foreign citizens holding visas are generally the same as for foreigners arriving on a visa-free basis, except for a single nuance related to a visa. Specifically, a foreigner may hold a visa from one employer only. Hence, an employee can end up having 2 work permits for each employer, but a visa may be received from only one employer. This matter is not regulated by the law; however, as clarified by the Federal Migration Service, a foreigner's visa must be processed by the employer with whom his/her primary employment agreement has been signed.

Consequently, in the event that, for example, the Federal Migration Service conducts an inspection at an employer's place of operation, and an employee has a secondary employment agreement with this employer, and the Federal Migration Service discovers that the employee's employment visa indicates a different entity from the inviting party, the employee is required to present a copy of his/her primary employment agreement to prove the legality of the visa from an employer while working with another employer.

It should also be noted that an employer is still required to notify state authorities when hiring a foreigner for a secondary job.