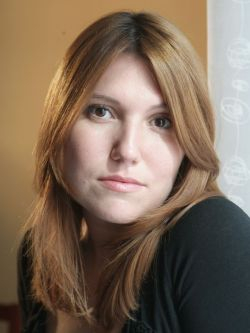 Moscow is under the influence of western trends: the residents of the megalopolis are preoccupied with their lifestyle like never before. This is, first and foremost, manifested through the growth of health-related industries such as fitness or healthy food.

Thus, the number of fitness clubs in Moscow increased by 30 percent in 2010, by 25 percent in 2011, and it's still growing (RBC, "Russian Market of Fitness Services", 2011). In spite of this tendency, the number of gyms per head in Moscow is still lower than the same indicator in other megalopolises: There are 6.3 clubs per 50,000 people in London, 13 in U.S. cities with a population of over 1 million people, 15 in Berlin and only 5.8 in Moscow (Ъ-St-Petersburg, 29.03.2012). With this in mind, there is still a clear field for development.

An interest in wholesome food is the second trend that demonstrates the "healthy mood" of Muscovites. It's no secret that traditional Russian cuisine is totally unhealthy from the viewpoint of modern dietitians, especially the most beloved Russian dishes like Russian salad, Herring "under the coat" or Pork a-la French. All of them are saturated with animal fats that not only negatively affect body mass but also lead to an increase in the level of cholesterol.

Following the popular trend, Moscow restaurants are starting to include light, fitness-oriented courses on their menu. Nevertheless, only around 10 percent of the city's restaurants and cafes offer dietary dishes that are not as healthy as they are presented to clients. Chiefs don't consider it necessary and, in fact, don't have enough skills to use dietary principles in their job and professional dietitians are, except in some rare cases, not at all involved in the process of preparing a menu.

As a reaction to the situation and the necessity to satisfy the demand of people who are concerned with their health, the delivery of healthy foods has started to appear. Nowadays, there are four or five companies in Moscow that offer such a service, using professional dietetic advice and calculating food allowances correctly and choosing suitable diets.

Healthy meal delivery can be a real solution for people who don't have time to cook but want to know what exactly they are eating, how fresh it is and how wholesome it is. Evidently, there is one group of clients who want to look and feel healthy, and also a category of customers who need dietetic food for health reasons. This may include, for example, diabetics, or people with hypertonic and gastroenterological diseases. The delivery services adapt standard meals to individual needs and desires. In Europe, similar services have been around for years and holding a strong position on the HoReCa market. In London, for instance, The Pure Package company delivers about 3,000 rations daily. In the United States, DietToGo delivers not only fresh-cooked meals but also deep-frozen food that can be delivered in every state. The company sells tens of thousands of rations daily.

In Moscow, the actual total number of diet-and-delivery services' customers is less then 1,000 per day. This means that the niche should grow significantly in the next 3-5 years, addressing people who take care of their health despite being busy and permanently stressed. This is clearly a good business opportunity to explore.

Analysts interviewed by Kommersant said they expect well-known Chinese brands to cement their leadership in the Russian market.
New Neighbors

"In order to preserve the lives of Ukrainian defenders, a decision was made to withdraw," said the Ukrainian army.
departing the market

Local production of MSD's vaccines against measles, mumps, rubella and chickenpox has been halted.