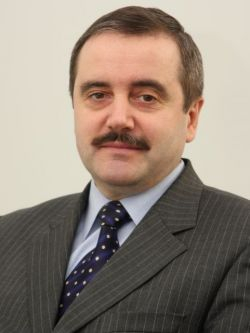 The Foreign Account Tax Compliance Act (FATCA), U.S. legislation that will impact foreign banks and other financial institutions, goes into effect starting next year. If foreign financial institutions comply with FATCA, they will take on heavy administrative burdens. If they do not, the U.S. Internal Revenue Service (IRS) will assess a 30% tax on their income from the U.S. Foreign, including Russian, companies did not know how to respond to the legislation's many practical and even legal difficulties.

KPMG Moscow, a firm that provides audit, accounting and advisory services, has been keeping American legislators aware of Russian companies' concerns, a strategy that has had some success. The IRS recently proposed the changes to FATCA that the financial industry and KPMG have been seeking. However, KPMG Russia's FATCA expert, Dmitry Chistov, warns that this legislation remains a serious challenge for Russian companies. 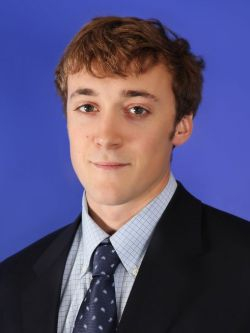 Foreign funds or investment managers that invest in the U.S. will be affected. This includes many types of organizations, from banks and insurance companies to anyone investing or trading in securities, commodities or interests in similar assets for clients. In some cases, even a company that does not invest in the U.S. can be impacted if banking or commercial partners require compliance.

The IRS has been clarifying the law's specifics since the FATCA legislation was passed in March 2010. In an October 2010 article in Tax Frontiers, a KPMG publication, information that the IRS published about FATCA was examined, and several issues were raised. First, the IRS is requiring companies to shoulder greater administrative burdens related to reporting on U.S. accounts than was originally expected. Second, to punish account holders, compliant financial institutions must assess a 30% tax, which is difficult to calculate and even illegal in some countries. Third, although the IRS outlined cases where companies with U.S. investments could be exempt from the law, few if any companies would be exempt without making significant changes to the way they conduct business.

KPMG Russia has been bringing these issues and Russian companies' worries about FATCA to U.S. legislators' attention, and there have been some positive developments. In a February publication, the IRS addressed the above issues as well as others.

Requirements for financial institutions to identify and report on U.S. accounts were proposed to be reduced and put into place over several years. The FATCA requirement for a financial institution to withhold a 30% tax as a penalty from some payments , a difficult to apply and potentially illegal requirement, will not be binding for a period of time. Finally, more companies will be deemed compliant and, therefore, will not be affected by the law.

Despite these improvements, Dmitry Chistov warns, "The proposed changes are not revolutionary. On the whole, the clarifications are more detailed, and that is it. FATCA is still a serious issue that will not disappear."

Along with these clarifications, it has been announced that the U.S. will conclude FATCA agreements with European countries and Japan. These agreements will free companies in Italy, Spain, the U.K., France, Germany, the Netherlands and Switzerland from having to comply with some of FATCA's stricter requirements.

Russian financial institutions hope that a similar agreement will be concluded between the U.S. and Russia. Unfortunately, as of yet, the Russian government has not commented on whether or not this is possible. And in fact, an agreement may even be unlikely.

The FATCA agreements are being concluded because local legislation conflicted with FATCA's requirements. In some cases, this is not a problem in Russia.

However, one possible conflict between FATCA requirements and Russian legislation arises when financial institutions withhold tax on payments to clients' accounts. Dmitry Chistov argues that according to Russian law, this sort of withholding is allowed. The possibility of withholding just has to be reflected in agreements between the financial institutions and clients. In informal talks, lawyers from the Association of Russian Banks agree on this point. Thus, because there are so many legal impediments to complying with FATCA for Russian companies, there is less reason for a FATCA agreement between the U.S. and Russia. Besides, the model of the FATCA agreements suggested for Italy, Spain, the U.K., France, Germany, Japan and the Netherlands assumes the existence of a centralized country wide system that would facilitate the collection of FATCA-related information for its further bulk shipment to the IRS. Given the size of Russia and number of eligible financial institutions in it, it doesn't seem feasible that Russia would be able to build up such a system until the legislation comes into force early next year.

The only choice for Russia in that respect will be the FATCA agreement model that is adopted in the Swiss / U.S. FATCA joint statement. They agreed that Switzerland would direct all eligible Swiss financial institutions to conclude FATCA agreements with the IRS. Notably, the Swiss government is going to enable these financial institutions to comply with the obligations prescribed by the FATCA rules and set forth in such FATCA agreements, in particular regarding the reporting of information concerning U.S. accounts to the IRS, by granting an exception from Article 271 of the Swiss Criminal Code.

Dmitry Chistov adds that although it is a relief that financial institutions will avoid having to choose between complying with FATCA and with domestic Russian law, concluding new agreements that allow the FATCA to withhold current and future clients is going to be difficult.

In conclusion, the IRS has suggested positive amendments to FATCA. Yet they are not revolutionary. FATCA is still likely to force many Russian entities to change core strategies and business models. KPMG Russia strongly recommends that Russian banks and other financial institutions soon familiarize themselves with this legislation and determine its effect on their businesses. Because of FATCA's extensive requirements, penalties and upcoming effective date, waiting for guidance from other sources, for example from central headquarters or the government, is inadvisable.

A growing list of failings and defeats in Ukraine have spawned angry outbursts from Russia's elite, who still support the "military operation" but have...
foreign cooperation